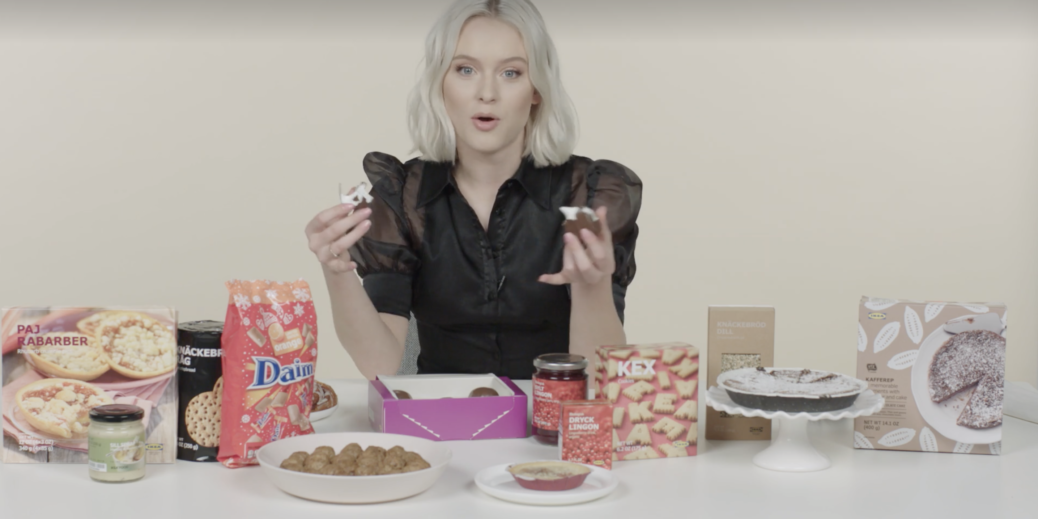 So when Women’s Health brought the two together for a delightfully Swedish taste testing video, our attention was captured. Larsson tastes, and more importantly – pronounces, lots of IKEA products – from sweet pies to savory meatballs. Can you make any guesses as to what her favorite products were? You’ll have to watch the video to find out.

Pledging not to fly?

Two Swedish moms (and 10,000 other Swedes) have done just that to call attention to the environmental impact of aviation. The BBC featured a campaign that encourages Swedes to go flight-free in 2019. The Swedes who spearheaded the campaign wanted to start a dialog about aviation’s climate impact, with the hope that after a year, pledgees would realize they could have a pretty good life without flying.

Get your festival bags packed! SHM’s big Twitter announcement this week had EDM and music media in a flutter. Billboard reported that the trio will perform at Tinderbox (Denmark), Stavernfestivalen (Norway) and Frequency Festival (Austria).

ReTuna is a mall outside of Stockholm that takes the title of “World’s First Secondhand Shopping Center,” and HuffPost recently highlighted the sustainable center. With two stories of shops and a drive-thru donation drop off, ReTuna is a shining example of Sweden’s sustainability practices.

A cashless society could have its setbacks

Sweden has made the rounds over the past few years about being a cashless society, but the New York Times reports that Swedish officials are attempting to slow down that process. The article notes that while the younger generation never uses cash, older populations don’t have the access to digital and technological means. Officials are pushing for more research on how this could affect the overall society.