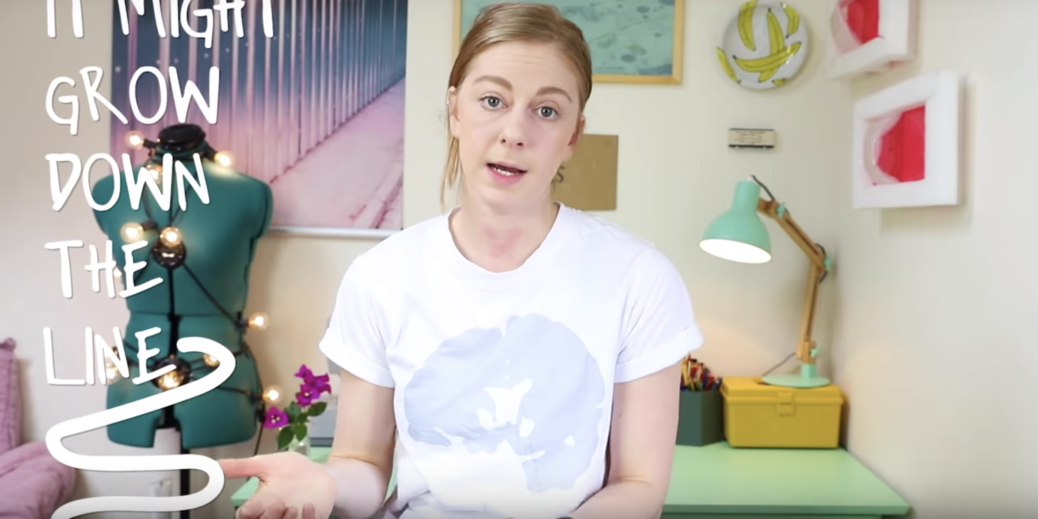 In a video shared to YouTube on Jan. 18 that has amassed more than 1.5 million views at the time of publishing, our favorite Swedish tinkerer let us in on some bad news: Brian is back.

If you’ve been with us from the start or if you’re a big YouTuber, you’ll know that Simone Giertz is a brilliant, funny, young mind who makes robots so bad they’re good. You also might know that in 2018, she underwent surgery to remove a benign brain tumor she fondly dubbed Brian. Giertz’s 2018 mission was to “Evict Brian.”

And that she did…for the most part.

In her video she says, “Something I haven’t talked a whole lot about is that there are still parts of it left. I don’t have cancer; I just have a tumor, which means it won’t spread.”

She continues later, referencing her surgery, “We decided to leave a little bit of it behind in a section where it would be really dangerous to perform surgery. We knew there was a risk that it would grow down the line, which it has. It was just that the line in ‘down the line’ was a little bit shorter than I had anticipated. It’s only been eight months.”

So yes, unfortunately, Brian is back, but this time, doctors will be doing radiation to treat it. Thus, Giertz has changed the campaign name from “Evict Brian” to “Burn Brian.”

And while we know Giertz is a genius when it comes to tools, motors and outer space, her perspective on the matter shows her knowledge goes far beyond the scientific.

“I really wish this wasn’t a thing,” she said. “But this tumor is a thing, and even though it’s not what I would have chosen for myself, that doesn’t necessarily mean that it has to be all bad.”

We can’t imagine what she is going through, but Brian will be burned in 2019, and we’ll be cheering for her every step of the way. Giertz’s full video is below.