Look no further than Louisville, Ky., for a Nordic uprising 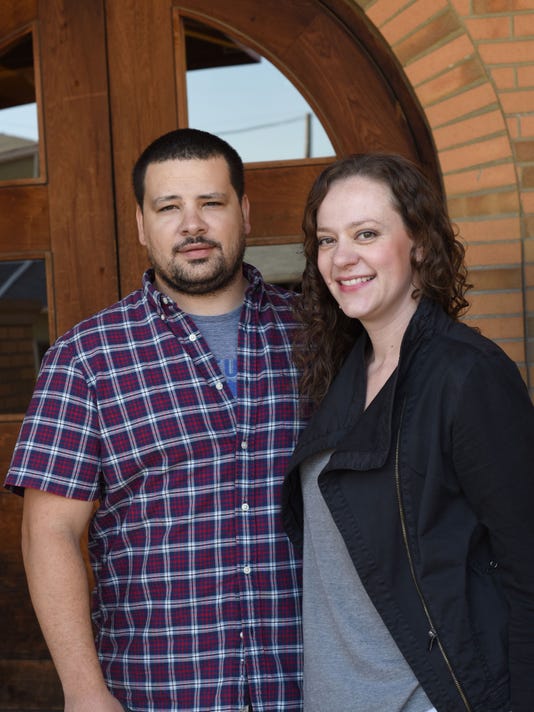 When we get an email telling us that the Scandinavian revolution is under way in Louisville, Ky., your Umgås team doesn’t waste a lot of time before checking out this claim.

After all, what does this Kentucky community – a mere 4,426 miles west of Stockholm – have to do with Sweden and its sister Nordic nations? Kentucky is known for bourbon (not aquavit), Louisville slugger baseball bats (not cross-country skis) and racing thoroughbreds (hmm, we might be on the right track, since Sweden does have those Dala horses). 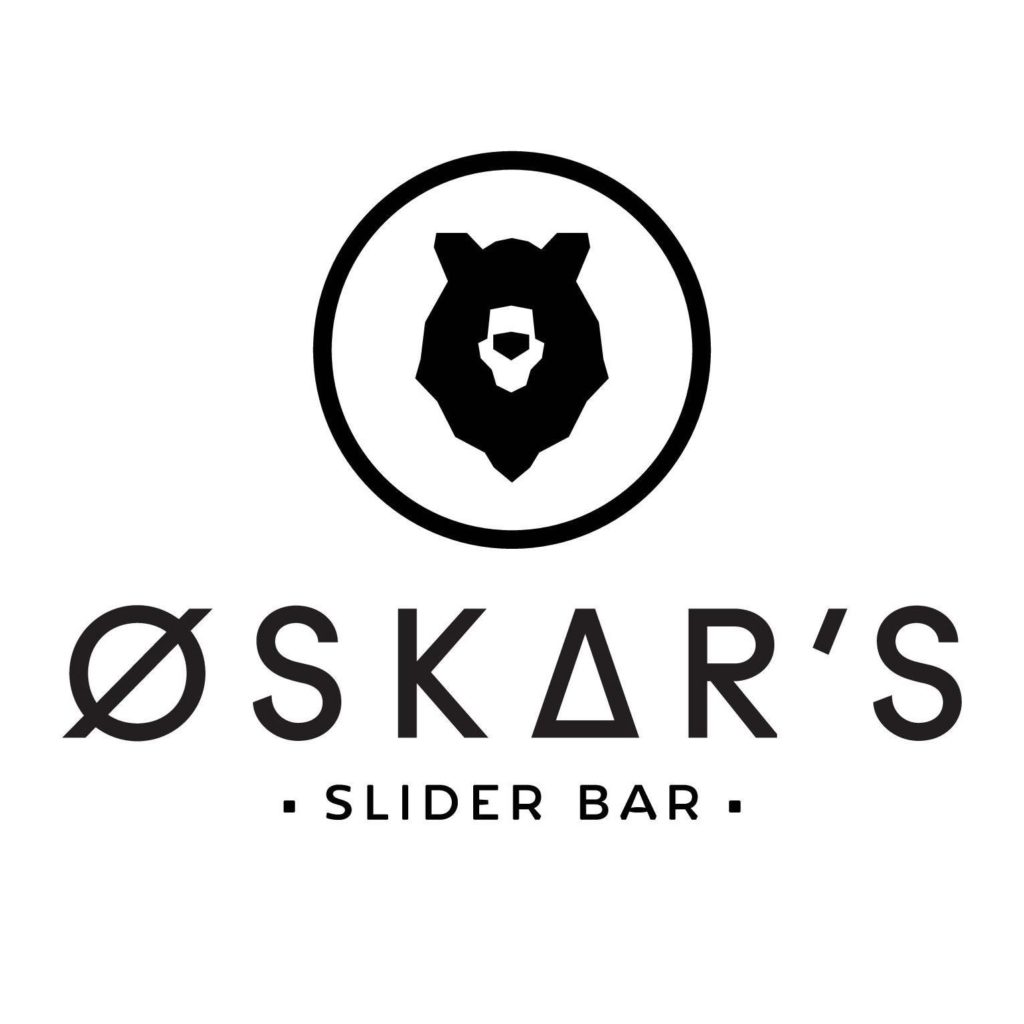 We caught up with revolutionists Jesse and Liz Huot by phone at their headquarters, better known as Øskar’s Slider Bar. Turns out, the more the couple tweaks the menu and updates the restaurant décor to reflect their Scandinavian background, the more locals come in to share their own personal heritage of that global region.

While Minneapolis and Seattle aren’t yet at risk of losing their longstanding claims as big American cities with Nordic influences, from our perspective, it does look like this cultural revolution is happening right now in downtown Louisville.

“It’s been surprising,” Liz said. “We’ve kicked off a lot of journeys for people to dig into their heritage and where they came from.”

A taste of Scandinavia 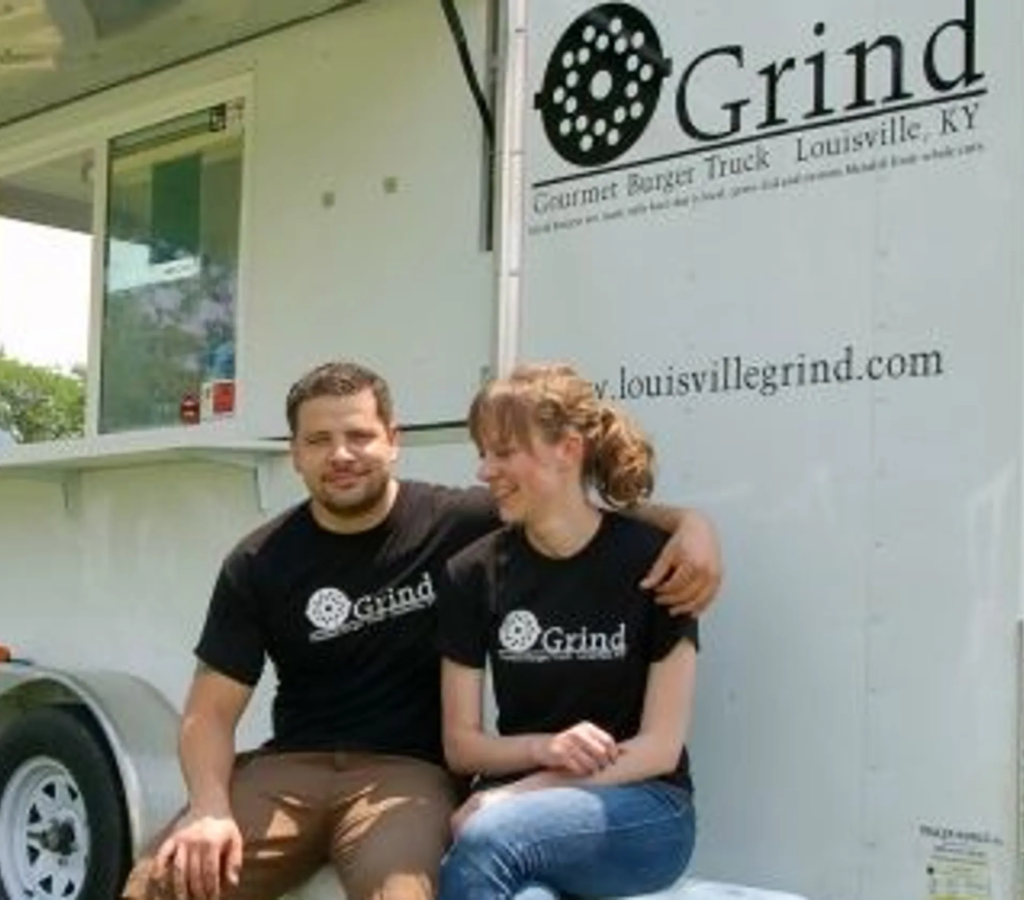 Drawing its name from the familiar Scandinavian phrase of surprise, Uffda Hospitality by the Huots now runs a small Nordic fiefdom in Louisville.

Beyond Øskar’s, the burgeoning conglomerate now includes Smör Nordi Bakeri and the online marketplace Kos Scandinavian Goods, which also operates a small kiosk in Øskar’s. And don’t forget Grind Burger Kitchen, the brick-and-mortar restaurant that evolved from a burger truck that launched the enterprise. (On a side note, you might have seen inside the Grind kitchen when Guy Fieri brought his “Diners, Drive-ins and Dives” crew from the Food Network for a visit.)

Liz and Jesse trace their Norwegian roots to their grandfathers, and their immediate families hail from the more-Nordic Midwest region. After arriving in Kentucky, Liz’s grandfather played softball on the distillery league in nearby Frankfort.

After the success of Grind, the Huots looked at the dining scene in Louisville and saw a big opportunity. The closest Nordic-themed restaurant was 90 minutes away in Cincinnati.

“We wanted to do something very unique,” said Liz, who leverages her retail, marketing and customer service experiences to manage front-of-house operations. 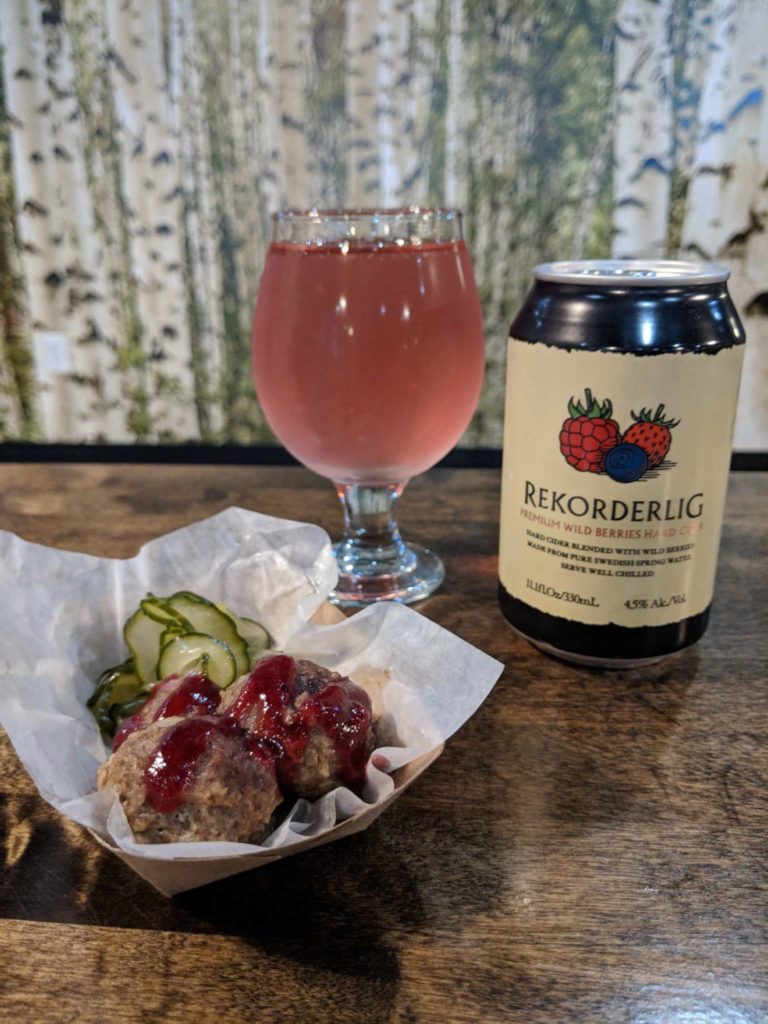 After many years in newspaper circulation roles, Jesse looked at the future of print media and decided to explore a career change. While he was in culinary school, the couple launched the food truck, and he soon was a full-time chef.

Creating Øskar’s allowed them to draw on their personal upbringings. Tucked on the menu among mainstream options like pot roast and buffalo chicken are sliders with a Scandinavian twist, such as shrimp Skagen, gravlax and lingonberry-glazed meatballs.

Even so, the Huots recognize the ongoing need to educate some customers who might consider those dishes exotic. They advise that the lamb and lefse sandwich, rolled in the traditional Norwegian potato flatbread, should be eaten like a taco. When beet salad is on the menu, they note that the beet-and-mayo concoction comes together in an interesting pink color; otherwise, diners ask if that’s really what it’s supposed to look like.

A monthly dinner – the first was Monday, Aug. 26 – is designed to help local residents explore Nordic flavors even more. The inaugural menu included some standard options, including Swedish meatballs and gravlax, and Jesse promises a little Southern twist as customers are looking for the next food trends. 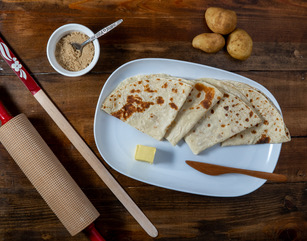 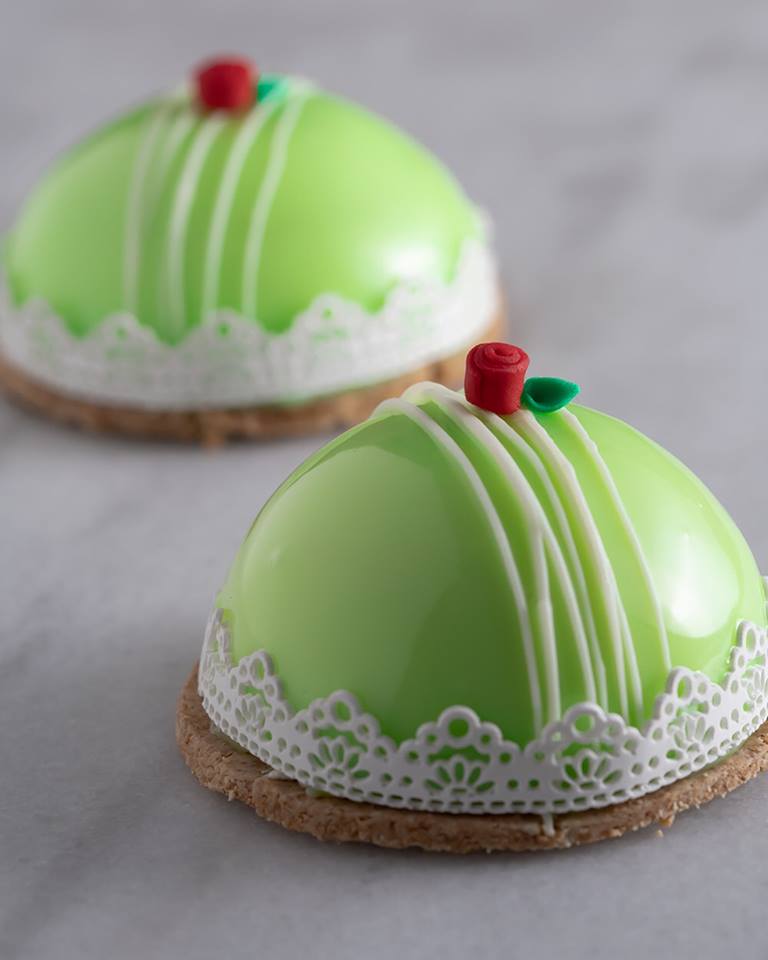 Last Christmas, a special offer of lefse for the holiday generated 44 orders. Their customers “can’t find it anywhere else, or they didn’t have time to make it,” Liz said, “or they remember that their grandmother or mother made it. That they want to be able to have it for their kids for the holidays was really telling us that there’s this bigger community here that I didn’t even realize.”

The lefse, like all baked goods, comes from their next venture, Smör Nordic Bakeri. Under the direction of baker Kenna Pennington – who is half Swedish and half Norwegian – the bakery provides desserts for the restaurants. With the potential for Smör to sell directly from its bakery, for now its products are offered at Øskar’s, including rye crisps.

Pennington has adapted many family recipes for Smör. In addition to rustic breads and lefse, the seasonal-changing menu includes Gulrotkake (Norwegian carrot cake) and Jordgubbstårta (strawberry tart). And you can always order a princess cake.

Complementing everything is Kos, the online mercantile. Much of its collection embraces the woodland themes in Nordic tradition, including a birch forest gnome mug and an embroidered hat with a forest motif.

Where Southern and Scandinavian collide

In one final look, perhaps this isn’t a full revolution, but a great opportunity for different cultures to influence each other.

A key flavor of Louisville is the bourbon distilled across Kentucky. Indeed, many bars and restaurants feature flights of bourbon, so customers can taste different styles and learn to detect nuances.

At Øskar’s, you’ll find flights of aquavit, the caraway-tinged liquor with roots across Scandinavia. The anchor is from Tattersall distillery in Minnesota. A tour by the Huots opened the opportunity for a little experiment, which resulted in aging aquavit specifically for Øskar’s in bourbon barrels.

“It’s a fresh-charred oak barrel that they filled with rye that was aged in there for two years, and then the aquavit was in there for a full year after the rye came out,” Jesse said. “So it’s really got the toasted vanilla notes of bourbon and rye with the carraway of the aquavit.

“And it turned out amazing.”