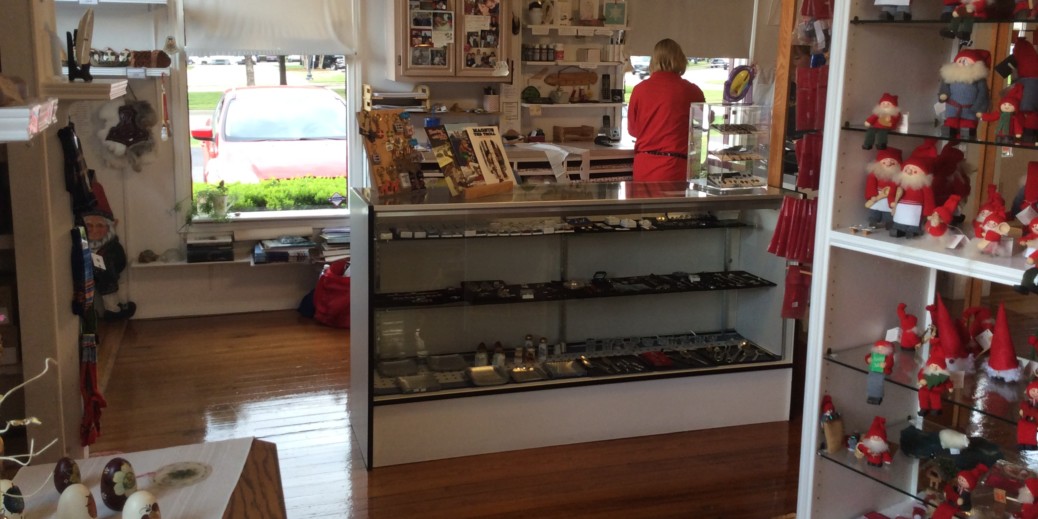 Photo courtesy of The Wooden Spoon

When Gwen Workman opened The Wooden Spoon, her little slice of Scandinavian heaven, she didn’t realize how she’d fill a vacuum in Plano, Texas.

“I had moved from Minnesota, and I couldn’t find another Scandinavian source,” she said.

She had encountered pockets of nationals from other cultural backgrounds, but she was a rare blend of Norwegian and German. In a land of barbecue and chicken-fried steak — not to mention a slew of Tex-Mex and full-on Mexican offerings – she only got a taste of her heritage during the annual Texas State Fair. In the fair’s opening day, known as Viking Day, she’d devour her annual fix of Scandinavian food, dancing and other culture, aided in part by the Norwegian Society of Texas.

“It was a wonderful time,” Workman recalled.

But when the State Fair stopped hosting the heritage day, she was left with a void. Soon, she took a job leasing apartments, and she began to see that the region was drawing people from greater ethnic backgrounds.

“Then I realized I wasn’t the only half-Norwegian who had moved to this part of Texas,” Workman said.

In November 1988, in nearby McKinney, Workman hung out a series of Scandinaviancountry flags and opened The Wooden Spoon, a then-280-square-foot shop serving largely as a catering business tailored to Norwegian cuisine. She started sending newsletters and catalogs to promote the business and its offerings. She also quickly realized, as a renter, that she didn’t have the control she wanted over the facility.

By spring 1992, Workman had purchased and moved The Wooden Spoon to Plano, where she happened upon what was advertised as the oldest home in the Dallas suburb. The building was in need of upkeep and renovations, and a used clothing store operated out of the ground floor. The house was too big for her plans, and she didn’t want a 24/7 business when someone mentioned it would be ideal for a bed-and-breakfast.

“But there was something here that made me say ‘I want it,’” Workman said.

As she walked around the property, she stumbled across a souvenir trinket, with the words “Made in Norway” on the bottom. “Oh, this was an omen. I was sold.”

When she opened in the new space, Workman took one half of the ground space as the existing clothing store operator was ready to scale back. Project by project, she renovated the remaining space, ultimately converting upstairs space to a workroom and community space, and building out a one-bedroom apartment which she once offered to renters but now calls home.

The Wooden Spoon immediately focused on gifts, soon adding foods from Norway, Sweden, Finland, Denmark and Iceland. People would find her store and ask her to seek out a product that they would always have in their homeland or with relatives here – including special items for holidays throughout the year. Bring her a label, and she’ll take care of the rest.

“Sitting on the other side of the cash register, you learn a lot about people,” she said.

What many didn’t know, at the time, was that Workman had never left American soil.

“I was very gutsy opening a store representing five countries where I had never visited,” she said. “I hadn’t been to Norway until I’d been open for 10 years.”

Whether the retail shop or its educational mission came first could be a bit of debate. Workman provides a lot of youth outreach, teaching Nordic languages, providing resources for international class projects and opening up her space for other instruction. She has a pair of authentic Norwegian costumes – including the national outfit known as a bunad – that are available for rent.

The Wooden Spoon serves as a cultural hub, hosting an annual Scandinavian Christmas cookie party and teaching decorative Norwegian painting, known as rosemåling. Workman routinely writes and posts new articles about Scandinavian customs or trends on her website. And she routinely supports programs with the local Swedish Chamber of Commerce, the World Affairs Council in Dallas and American alumni events with Chalmers University of Technology, which raises funds to send students to the home campus in Gothenburg, Sweden.

The business takes its name from the common kitchen utensil, made from a common material in Scandinavia. The female bunad includes a spoon bag. As Workman explains in one article, “Families only had enough utensils for their own, so if you were invited to another home, an event or a gathering, you carried your wooden spoon. Out of respect to each other, you provided for your own.”

But the store’s food program remains a way to bring these five cultures – six, when you count the American customer base – together.

Today, one of the most popular items is bulk candy, available by the ounce. “Kids in Scandinavia get candy on Saturday, so that’s their treat,” Workman said. In fact, Swedish items claim the most space of her food displays. (Swedes call the weekly candy crush Lördagsgodis, which means “Saturday Candy.”

And nothing is hotter – even in these summer days – than Icelandic chocolate, which she offers in milk, dark and toffee versions. The first day that she posted on Facebook that these new bars were in stock, she sold five at $10.99 each.

“Every day is so different…I’ve had opportunities in my lifetime that I never thought I’d have.,” said Workman, who now is enjoying more travel. Her suitcase, decorated with a Norwegian flag decal, opens up conversations with strangers, who see the flag as an invitation to play a Nordic version of “Six Degrees of Separation.”

“Norwegians are always dying to know who you know,” she said. “It’s always like we know we each other. We are like family.”