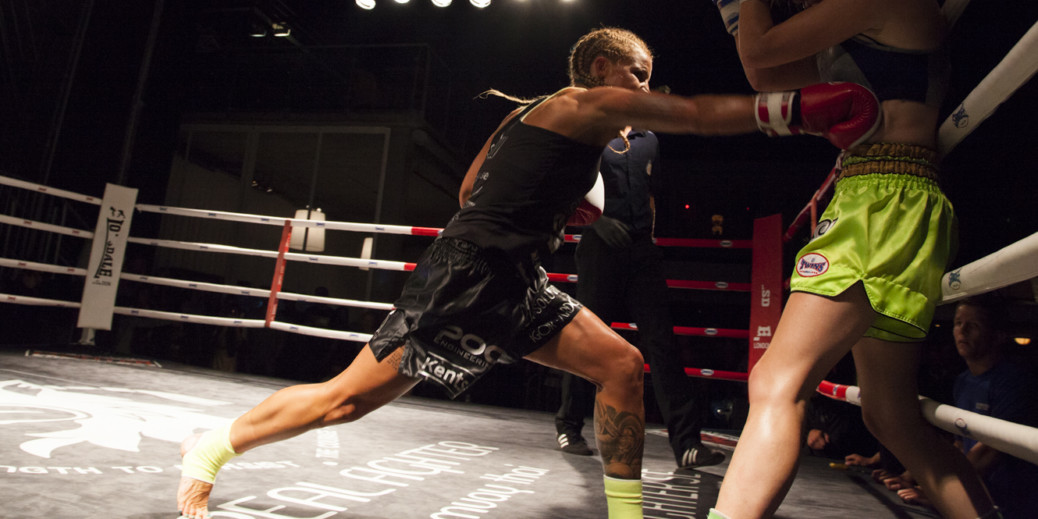 “Wonder Woman” has taken the world by storm.

The latest in a long line of superhero movies has proven as popular around the world as it has here in the United States, grossing more than $620 million worldwide. It also has a 92 percent rating, according to Rotten Tomatoes.

Early in the movie – before she becomes Wonder Woman – Diana is an Amazon warrior, and one of the memorable scenes includes battles on the beach featuring her and other Amazon warriors. One such warrior is the captain off the guard, Egeria, played by Swedish kickboxer/MMA fighter Madeleine Vall Beijner.

Vall Beijner racked up nearly 60 wins in Thai and kickboxing and holds two World Championships bronze medals in a fighting career that lasted from 2004-15. She traded punches for acting in 2015 and started with a few smaller parts, including as a hit-woman in an Avicii video, before landing the role of Egeria.

Vall Beijner took time to answer some questions about the success of “Wonder Woman,” how she trained for the role of Egeria and what’s next in her acting career.

Congratulations on all of your success. “Wonder Woman” is an undeniable smash hit. What were your expectations when the movie was being made? Did you envision it having this kind of success?

The atmosphere when we were making the movie was truly incredible. I’ve had smaller stunt type roles before, but never been on a full-fledged movie set like that, and what movie set! Wow! There was so much positive energy, so much power gathered in one place, as if you’d put together a herd of the best horses you could round up and they were finally going to get to race. I know the movie isn’t just about Wonder Woman’s backstory and where she’s from, but those first 20 minutes – nothing like that beach scene has been done before. It was as if we became the warriors, our characters as soon as we got there. We didn’t really need to act. I had no idea what type of success the film would reap, but I knew I was part of something very special, and I was hoping the world would experience that too through the screen. And it seems like the world did. 🙂

How have things changed for you since the movie released?

The media frenzy has been overwhelming. I’ve done interviews almost every day since before the Hollywood premiere (May 25), and everyone has been so positive. The biggest change for me is that myself and the other Amazons got major international hype. I’ve been interviewed and hailed more in international, particularly American media, than back home in Sweden. I’m very happy for Patty [director Patty Jenkins] and that the movie has gotten the credit it deserves.

How did you get involved with the movie in the first place? 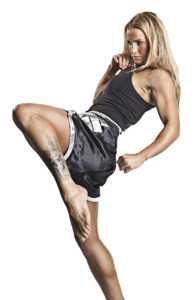 The stunt coordinator, who I believe knew me from the fighting scene, contacted me. I was asked to do a home casting, reading lines from the movie “Troy,” then flown to London to see Patty and the casting team and from that… it was on.

You spent six months training for the role of Egeria. What was that like? How did it compare to your trainingas a kick boxer?

I loved every minute of it! Training hard and disciplined has been my life for so many years that these preparations made me feel like home. Right away. I’m used to training many hours a day, keeping extreme focus on the task at hand. The difference was the sword fighting, choreographies, dialect coach and of course, that we were all a team… doing something together and supporting each other. Fighting is an individual sport; you are in many ways a loner. I thought maybe it would be hard and very competitive, but it ended up being…well, very competitive, but in a very positive way. To be a woman fighter, you’re by and large living in a man’s world. In the movie, we were a pack of hundreds of women coming together to fight. It was also really cool that Patty had picked so many Amazons that were professional athletes, and all from very different types of sports. I appreciated the different types of training I got exposed to, and it was fun to help and inspire others with my skills.

Describe Egeria and what you tried to bring to the role.

Egeria is the Captain of the Guard, one of General Antiope’s closest leaders. She is a badass warrior and stands for strength, power and justice. All Amazons are extremely great warriors and have different types of super powers too, but I decided that Egeria was slightly wilder than the rest of them. She has to be since technically, I don’t qualify for Amazon status since I’m not 6 feet tall J. In addition to training, I tried to look up as much as I could about Egeria; there is not that much about her (aside from in comic books) so I tried to build her up in my imagination. Nobody can deliver kicks, like Egeria for example…I did find a great illustration of her, where she wears a helmet with wings on it, and I associated that with Vikings and brute force.

What was life like growing up in Sweden? When you were little, what did you want to be when you grew up?

I grew up in Southern Sweden, Halmstad/Falkenberg, and early on I was in to horses. I had my own horses and took care of them from early morning till late in the evening. I broke in my first horse when I was 10 years old and competed in dressage and showjumping. Back then, my biggest dream was to become a veterinarian and have a farm full of animals. Then somewhere on the way I switched to martial arts, became a professional fighter and my only focus was becoming the best fighter in the world.

More movies! It shouldn’t come as a surprise that I would be absolutely in love with stunt acting when I get do to both action, fighting and horse riding all at the same time…I’ve been auditioning for some different things and looking forward to my next gig, but mostly—I’m hoping for “Wonder Woman 2.”