Waboba: The Swedish Ball That Bounces on Water 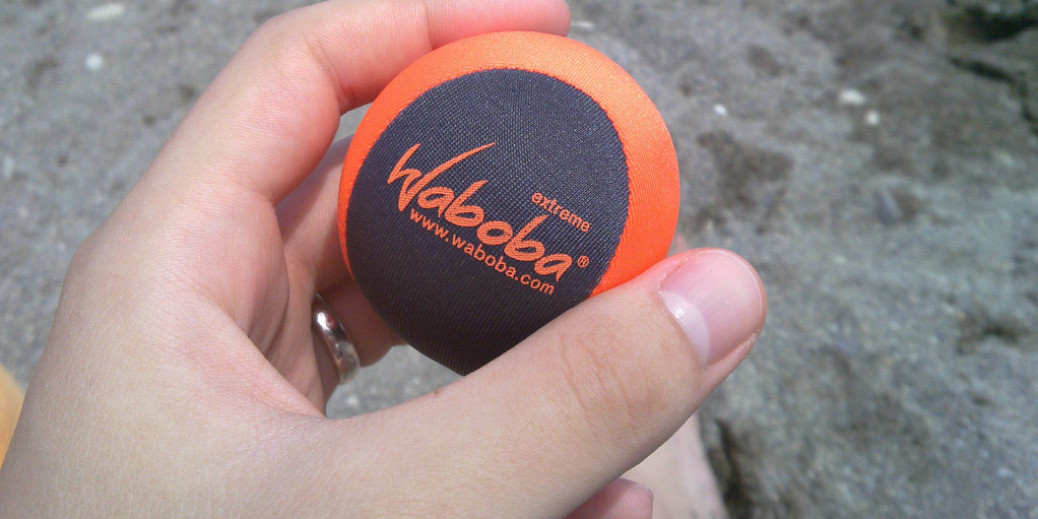 Waboba: The Swedish Ball That Bounces on Water

Can balls bounce on water? Yes, but thanks to Sweden’s Jan Von Heland they can even better.

Von Heland is the creator of the Waboba, a ball that literally bounces on water, much like the practice of skipping rocks.

Von Heland never was an inventor. Nor did he find math or physics very interesting. He was a happy civil servant in the Swedish government and a father who enjoyed summer vacations. It was on one of those vacations that the idea of the Waboba came to him. While throwing an upside down Frisbee in a pool, he became fascinated with the idea of bouncing it off the water.

His obsession led to a multitude of different prototypes, none of which seemed to work better than the original Frisbee. Many of his original designs were based on the idea of a disc, not a ball. In his research, Von Heland found that back in World War II, there had been a bouncing bomb that was dropped from planes, bounced along the water and exploded next to dams in rivers. But even secret wartime technology wouldn’t help Jan solve his problem.

Von Heland saw two kids playing on the beach one day with a ball that inspired the modern day Waboba. He ran to the shore and when he asked to see the ball, he was shocked: It was a soft juggling ball that was waterlogged. He discovered that he needed a ball that would be softer than the water, so that it wouldn’t break the surface tension and would allow the ball to bounce.

Von Heland went on to try dozens of prototypes. It was a gel-filled stress ball that finally worked best. He called the company that produced the stress ball and found the perfect partner. The manufacturer of this stress ball was willing to work with him by modifying its design to be filled with a softer gel, adding an extra layer to ensure it wouldn’t sink, and better quality stitching that wouldn’t crack under extreme use.

When the prototype arrived a couple of weeks later, it exceeded Von Heland’s expectations.  The first time he threw it, the ball bounced all the way across the public swimming pool and hit the other side.

Von Heland decided to roll the dice and see if there was a market for his water ball – he ordered 15,000 units. It wasn’t until they arrived that he realized exactly how much space 15,000 balls can take up.

Sweden’s short summers weren’t ideal for turning his product into a hit, so Von Heland looked globally. He contacted the Swedish Embassy in Australia to ask for help and he was connected to distributors there that ordered massive quantities of the balls sight unseen. The Waboba was a hit: Distributors bought 160,000 balls.

Today, the Waboba is available globally. The company has gone on to expand its line of products into a bouncing Moon Ball and beyond.