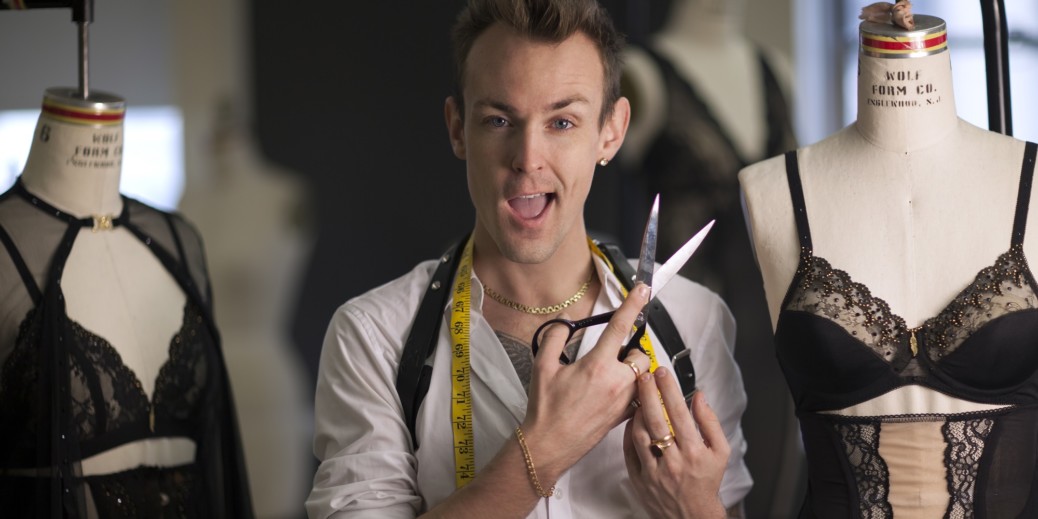 “There’s one episode where she wears this perfectly tailored Chanel suit,” Hörnfeldt said. “I decided I was going to be a lawyer.”

As he grew older, his aspirations changed. He considered being a hairdresser or restarting his grandmother’s bed and breakfast, even thinking through what uniforms the staff would wear.

All of his career goals had one thing in common: working with his hands.

By the time he made it to high school, he chose to focus on fashion design and fell in love with tailoring, draping and pattern making. During his senior year, Hörnfeldt flew to Los Angeles for an internship with women’s resort wear company Lotta Stensson.

After some guidance from Stensson, Hörnfeldt applied and was accepted to the Fashion Institute of Technology. While there, he decided to specialize in intimate apparel and became the second male to graduate from that program.

Hörnfeldt grew up in a small town in the north of Sweden called Örnsköldsvik. His Swedish heritage influences his designs.

“My role model is Alexander McQueen,” Hörnfeldt said. “I’ve always loved everything that he did. I’m inspired to create something like he did – in my own way. I want things that are dark and dramatic in feeling, but using clean lines and minimalism.”

His recent Viking-inspired project was showcased at FIT’s Future of Fashion Show and highlights the strength of women. “When you look at the Vikings, women fought in battles, too,” he said. “They hunted and provided for the family, just like any male would. The collection includes armor-looking outfits with earthy colors like greys, browns and blacks.”

Hörnfeldt currently is back in Sweden but plans to return to New York City in the fall. When he started at FIT, he initially felt homesick. He mentioned the difficulty of lasting relationships like the ones he established in Örnsköldsvik.

He also noted the differences in schooling between Sweden and the United States.

“It’s so weird to call the professor by their last name,” Hörnfeldt said. “In Sweden, it’s more equal. You have more of a relationship with your professor.”

He also explained how professors cannot grade based on attendance in Sweden. If a student decides that it’s better to stay home and study on a particular day, his grade cannot be lowered.

Hörnfeldt is ready to make his mark on the fashion industry. To check out more of his designs or to contact Hörnfeldt for a project, visit his website at http://www.antonhornfeldt.com/. And to see more of his work, keep scrolling.