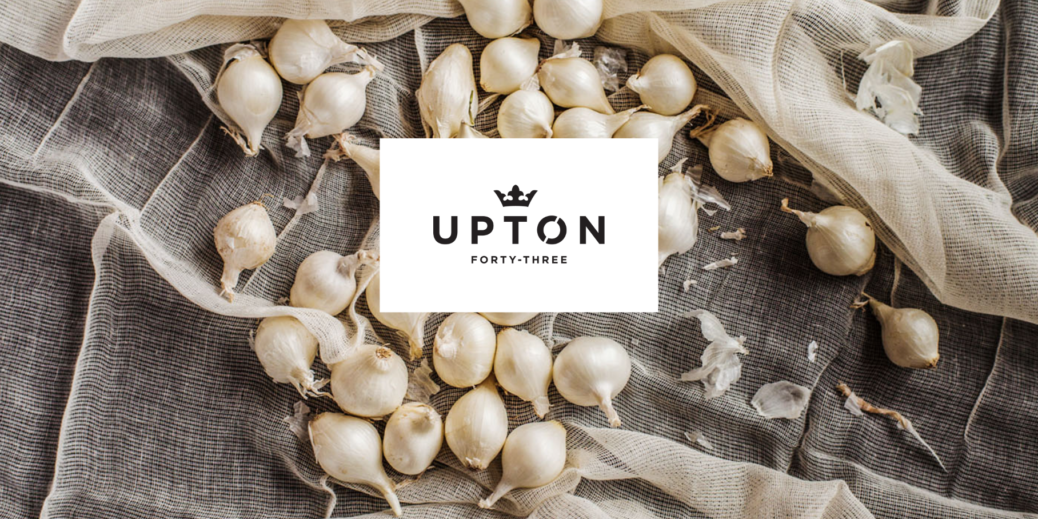 And the leading restaurant industry publication Plate magazine even named the man at the helm, Chef Erick Harcey, as one of “30 Chefs to Watch.”

While the restaurant and Harcey have acquired more accolades than you can shake a blodkorv at, Upton 43’s greatest feat came from the James Beard Foundation. It was Harcey’s first time in the running for an award from the prolific culinary arts association, and he made it to the semifinals after being nominated for best chef in the Midwest.

“Everything with Upton has been crazy,” Harcey said of the restaurant, which opened in December 2015. “It’s been a crazy year with all the media.”

At Upton 43 Harcey is keeping his Swedish-Minnesotan heritage alive by cooking the classics he grew up with. Merging his professional culinary training with old-school techniques that are beloved by the people of the North (think fermenting, smoking and hay-roasting), Harcey is reimagining the Swedish table.

Talking with Harcey, you immediately see that Upton is true to his core, which is why it’s surprising to learn that it took him some time to rediscover his roots.

“We grew very Swedish, but you didn’t think of it – the way you grew up,” he said. “Every meal there was a Swedish prayer, and we always had food like that. I didn’t know any different.”

The Le Cordon Bleu grad cut his teeth at Hotel Sofitel in Bloomington, Minn., along with Minneapolis’ Nicollet Island Inn and B.T. McElrath Chocolatier, and then went on to open Victory 44, a casual neighborhood eatery that highlights Minnesota’s hearty cornucopia.

When opening Upton 43, Harcey originally planned for a high-end, small-plates restaurant with a tasting menu. And then his grandfather Bill, Willard Ramberg, spoke some words of wisdom that ultimately changed Harcey’s culinary direction.

“I spent some time with grandpa and he told me, ‘It is cool, but it doesn’t seem like you. Why don’t you do the stuff that makes you happy?’” Harcey said. “It was a weird revelation.”

Harcey’s grandfather came to the United States from Sweden and opened Kaffe Stuga, a diner about an hour north of Minneapolis in the small town of Harris. Although Harcey’s grandfather since has passed away, the diner is still open and in the family. While upscale Swedish restaurants aren’t a thing in the Midwest, the rural outskirts of Minnesota are home to small Swedish diners much like his grandfather’s Kaffe Stuga, serving traditional dishes like sausage, potatoes and Swedish meatballs. So, with the wise words of his grandfather, the man who taught him how to cook, Harcey decided to carry on his family’s culinary legacy.

“Everything just came to a head,” Harcey said. “I realized what I like to cook, and I was super proud of my heritage. It took time for me to mature and figure that out instead of being a young hot chef that cooked every cuisine on the face of the earth.”

At the time Harcey had his epiphany, he was far into Upton’s original restaurant concept. He stopped everything and announced to his staff, “We are going Swedish!” His game-changing plan threw his entire staff through a loop. “Everyone thought I was going nuts,” he recalled with a laugh.

The original restaurant plan was scrapped, and to make Upton’s new concept succeed, Harcey went back in time thinking through the dishes he grew up with. He needed to showcase the Swedish dishes from his family’s big Midwestern dinners in a light that made sense for an elevated restaurant setting.

With that, he decided that the cuisine at Upton 43 would be based on the techniques (pickling and fermenting) and traditional Swedish dishes (think meatballs and herring) that he grew up with.

Harcey wanted his dishes to be comforting and nostalgic, reminding diners of the dishes they once enjoyed while gathered around the table with their family.

“Nobody does those old classics anymore,” he said.

With a huge Nordic population in Minnesota, from Finns to Danes, most Scandinavians can relate to Upton’s dishes.

“It evokes a memory,” Harcey said. “There’s authenticity in creating an emotion in people.”

Some of the dishes give a slight nod to the North with ingredients like rye, lingonberry and cheeses like Gjetost and västerbotten; while other dishes are much more overt in their Swedish-ness like gravlax, pancakes and pyttipanna (hash).

Harcey grew up on herring and serves it on the menu at Upton, but he has been surprised to hear how many people love it and remember it from their childhood.

“They come back for that memory, and I think being really pure in the sense of I’m being myself,” he said. “So it’s food I grew up with, and I’m realizing a lot more people ate it, too.”

At the same time, he finds the recent fascination with Nordic food surprising: “It’s edgy in the sense of what the food media thinks – ‘this guy has herring.’ Yet Swedes had herring for every meal growing up.”

While Harcey is redefining Swedish food, he is careful not to manipulate it into something new.

For instance, Upton’s Swedish meatballs are served with pickles in lieu of lingonberries, and his gravy has depth and umami from porcini mushrooms.

“This is the food I love to make at home and the way I do it,” he said.

The meatballs are based on his grandma’s recipe, and his mom and grandma made the sweet-and-sour ice-box pickles when he was a kid.

“They always had a jar in the fridge,” Harcey said.

He argues that pickles work better with meatballs than lingonberries, because pickles have an assertive acidity that cuts through the rich gravy and smooth and creamy potatoes, while adding an exciting cold crisp crunch.

“I’m not changing things, but I’m in a restaurant, so I’m elevating dishes to have a wow factor,” he said. “It can’t just be the meatballs grandma made. I have to make my meatballs better than your grandma’s meatballs or else you won’t come back.”

While Harcey’s dishes aren’t “tried-and-true” Swedish, he is using the core of Swedish cuisine as his foundation. By incorporating these familiar ingredients, Harcey is composing dishes based on his nostalgic Midwestern family meals.

“The food came together so brilliantly and simply because it was everything I knew,” Harcey said. “I can make French food, and Spanish food, but I don’t have any connection to it. It loses that one little bit of soul and love that takes it to the next level. It’s just a really good dish rather than it being my food.

“And Upton brought me to that. It allowed me to be comfortable with myself. I’m a guy who fishes and hunts and eats meatballs and mashed potatoes.”