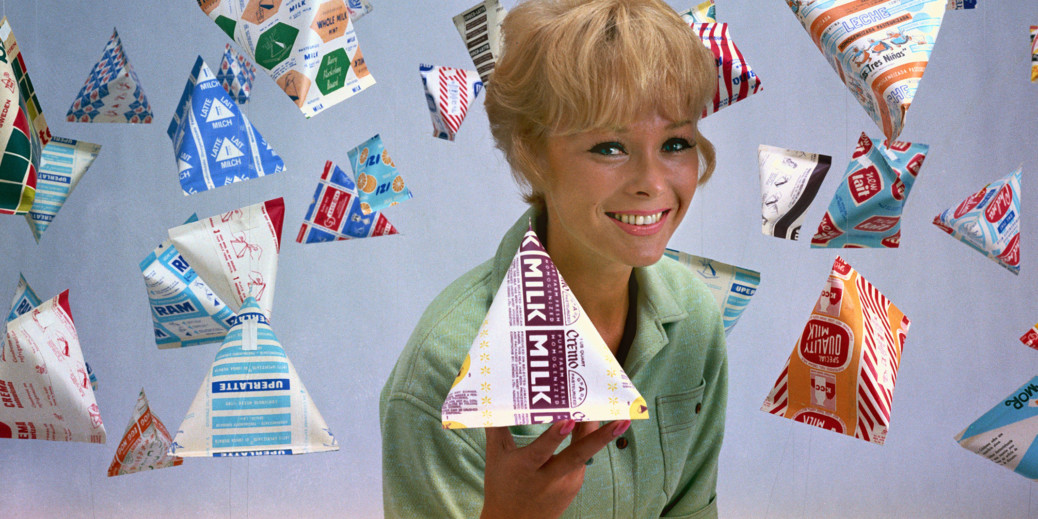 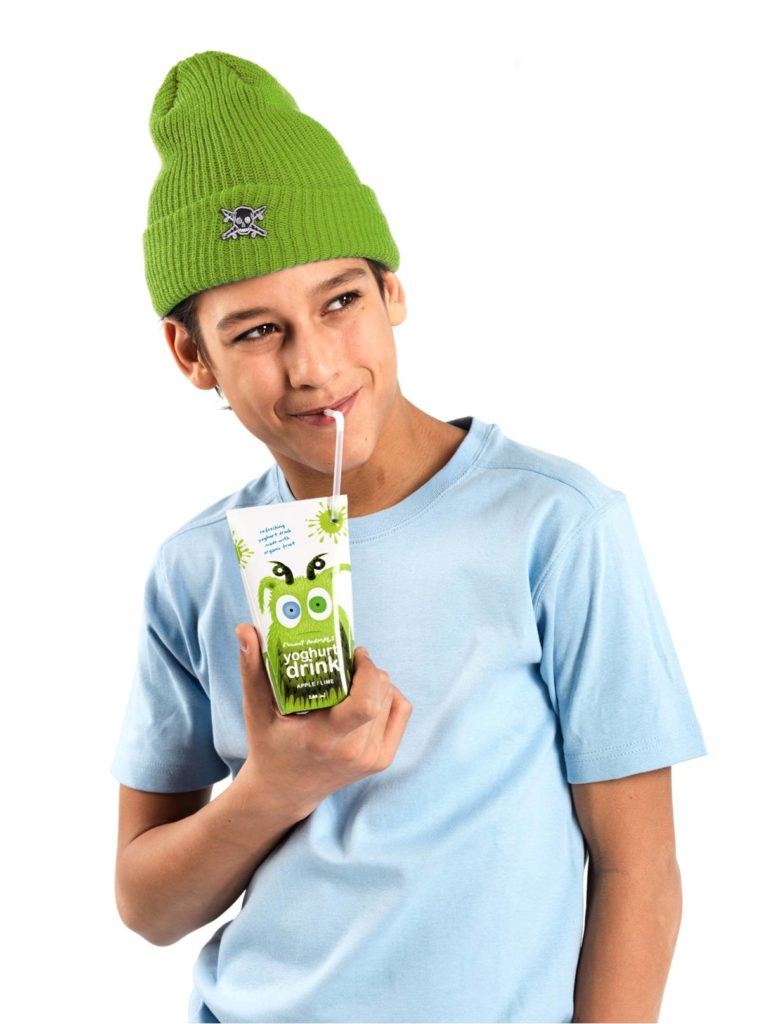 There’s nothing sexy about commercial packaging. We’ll go ahead and say it. But there’s something about a company that supposedly was inspired by handcrafted sausage and whose name came from a tetrahedron that just perks our little geeky ears up a bit.

For those Latin root whizzes, they’ll know that “tetra” signifies “four” when combined with other root words. And in the case of Tetra Pak, all it took was an interesting fold to create a new packaging shape that helped found a company and revolutionize an industry.

Today, Tetra Pak stands as one of Sweden’s greatest inventions and is the largest food packaging company in the world.

According to lore within the company, Ruben Rausing was watching his wife in the kitchen making sausage. As she was tying off the ends to make links, he wondered how the technique could be applied to the dairy industry. We found that little gem in this New York Times article, which goes on to say he came up with the four-faced fold and, ta-da!, Tetra Pak.

In 1952, according to Tetra Pak’s website, the company installed one of its tetrahedron machines at a dairy in Sweden – which was an interesting business model. Instead of creating the containers and delivering them to businesses, Tetra Pak delivered the machines for the companies to manufacture their own packaging.

Today, the company has expanded beyond just packaging and has developed additional solutions for other aspects within the commercial manufacturing process, like blending, evaporation, extraction and more.

Give a man a fish…

Tetra Pak’s business is a little bit like the old proverb, “If you give a man a fish, he eats for a day. But if you teach him to fish…” Except, Tetra Pak customers still have to buy the raw materials to create their packaging products…but you catch our drift.

As of the first of this year, Tetra Pak machines are packaging everything from cheese, water to wine in over 160 countries – with more than 8,700 packaging machines in operation and 81,000 processing units. And it’s obviously doing something right, because Tetra Pak brought in 11.2 billion euros in revenue according to those January 2019 figures (which is over $12 billion American).

Check out this awesome throwback video that gives a glimpse of its products and manufacturing process. Honestly, who didn’t drink out of one of Tetra Pak’s iconic juice boxes?

What’s in the Tetra Pak!?

That’s a great question, and it turns out, lots of things get packaged in Tetra Pak’s packaging (go to your pantry, find your paper cartons – think broth and soups – turn it upside down and see if you see its logo). Tetra Pak containers are marketing to companies that produce aseptic products, chilled products and other food products that need to be shelf stable.

It’s the circle of life

Tetra Pak, from its early days, has had efficiency and sustainability at the forefront of its identity. From the unique shape of the early products (which allowed for more units to be included in a box) to its continued advocacy for carton recycling programs – particularly in the United States.

While there has been some backlash about the difficulty in recycling its products, Tetra Pak, along with other carton package manufacturers, established the Carton Council to help make recycling paper carton materials easier. Since the council was founded, carton recycling in the United States has increased 350%, and today, Tetra Pak products can be recycled at more than 73 million households.

Like we mentioned in our fashion industry story the other day, a circular economy and business model is vital to the global sustainability effort. We love seeing the life cycle of a carton, like Tetra Pak. The video below gives a great overview of the process.

Chatter around the water carton

That’s an industry joke, you know, instead of the water cooler, you have the water carton? Anyway, Tetra Pak’s R&D department is working hard to keep the company innovating and at the frontlines of the packaging industry.

This summer, Tetra Pak became the first packaging company to foray into paper straw manufacturing. Additionally, it has partnered with HelloFresh in Europe to cut down on frivolous (and often unrecyclable) packaging that plagues meal-prep companies around the world. It seems like the possibilities are infinite in this space – we’ll see what happens next!