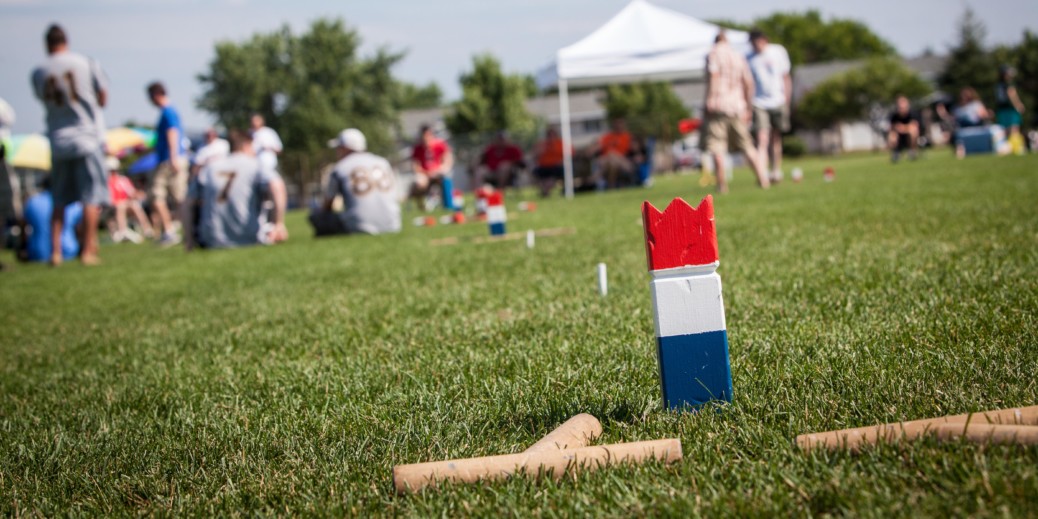 We’ve shared with you the lawn game kubb. The game, known as Viking chess, has been growing in the United States, thanks in large part to Eric and Erin Anderson, who fell in love with the game when visiting Sweden.

This year’s tournament featured 128 teams with more than 460 players (up from 15 teams and 35 players when it started in 2007). Three teams with Eau Claire ties finished in the final four, with Damage Inc., mixing players from Eau Claire, Waukesha, Wis., and Des Moines, Iowa, taking home the title. KubbUnited.com (Des Moines/Fitchburg, Wis.) earned the silver, the Ringers (Eau Claire) the bronze and The Kubbing Projekt (Eau Claire) finishing fourth.

Congrats to the Andersons on another terrific tournament. For more info, check out the tournament’s Facebook page.