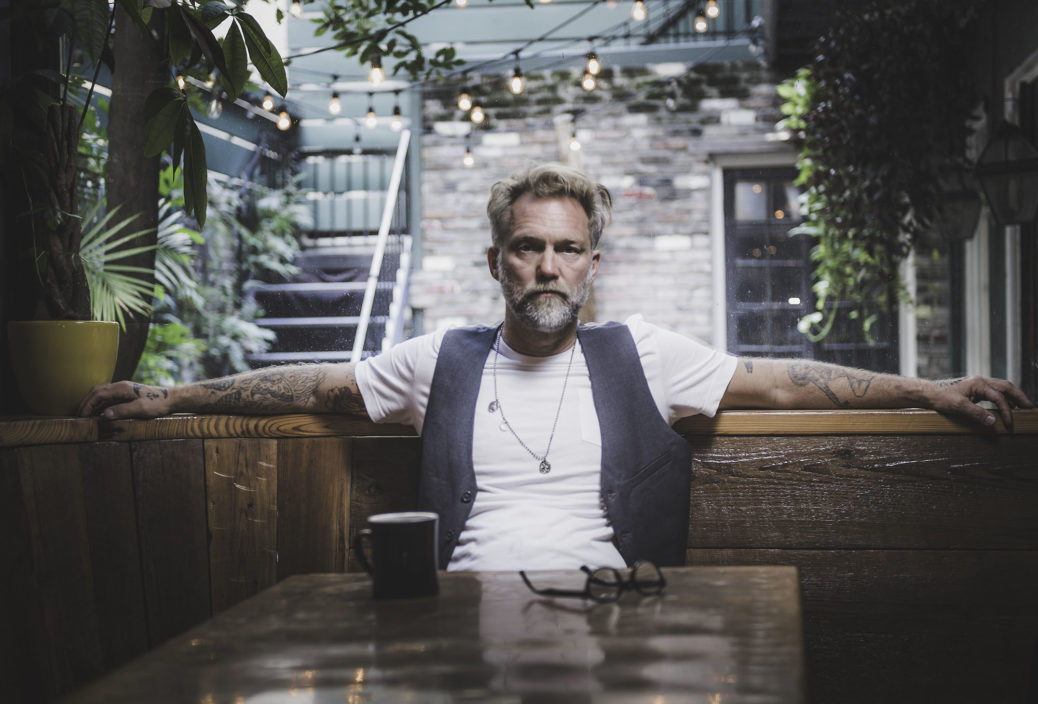 In 1985, a teenager from Sweden with an uncertain future but untapped potential landed in New Orleans.

More than 30 years later, Anders Osborne is a New Orleans fixture, a singer, songwriter and rocker who has embraced the Big Easy and mixed its charm, beauty and eccentricities into his music.

Although he was born in Uddevalla, Sweden, Osborne doesn’t know much about his native home, telling New Orleans’ Gambit Weekly in 2013 that he left when he was 16. He arrived in New Orleans a few years later and embarked on a musical career that has spawned 15 records – with three more on the way – and countless tour dates at small clubs and large festivals. Along the way, Osborne’s songs have been covered by Brad Paisley, Jonny Lang and Tim McGraw, among others, with “Watch the Wind Blow By” reaching No. 1 on Billboard’s Hot Country chart for McGraw.

Keith Spera, a music writer at the New Orleans Advocate who has covered music in New Orleans for more than 20 years, told us in 2017 that “Anders is one of those artists who doesn’t subscribe to strict genre classifications.” Spera added that Osborne mixes rock with “Americana” with elements and references to New Orleans.

Osborne took time out of his busy touring schedule to catch up with us on his three new releases, playing at Jazz Fest and Send Me a Friend, a nonprofit he started to help musicians deal with the temptations of life on the road.

Thanks for taking the time to chat with us while you’re on tour. What are some of your favorite things about touring? Any drawbacks?

I like when I make a connection with a perfect stranger somewhere randomly or a fan before or after the show. I also love eating great food, so I seek out the best local restaurants when I have time. I like to visit museums. I dislike being away from my family and my wonderful home. I miss New Orleans most every day on the road.

Can you share a few thoughts on some of the musicians you’ll play with on this tour? Lucinda Williams. Tim Reynolds. And Steve Earle.

I am a huge fan of all of them! I am privileged to be in such outstanding company. Steve’s mutineer and woke writing, Lucinda’s powerful Jeanne d’Arc delivery and Tim’s blissful virtuosity is why I continue to make music.

You’ve played at Jazz Fest several times in the past. Describe the feeling of playing such a huge event so close to your home. What’s in store for this year’s performance?

I’m always more nervous playing at home but thrilled to have the opportunity. This year I will do two headline shows with full band. April 25th at Tipitina’s as our record release party and Jazz Fest kickoff. Guests are Amy Helm and Dave Malone. On May 4th, we’re playing at the Joy Theater, billed as my birthday bash with lots of amazing guests.

You’re planning on three new, but different, releases, with themes ranging from depression to your musical influences. What is the timeline for the releases, and what more can you tell us of each of them?

The first record is named “Buddha and the Blues” and it is released on April 26th. It’s a wonderful collection of songs I wrote last year. Recorded in Ojai, Calif., Chad Cromwell on drums, background vocals and producing, Waddy Wachtel on guitars, Bob Glaub on bass, Windy Wagner and Cromwell on background vocals, Benmont Tench on keyboards and Niko Bolas engineering. I love this record. It feels like a perfect old pair of blue jeans.

The next one will be recorded in May and released next year. It’s called “Bewildered,” and it will be an amazing record. Same crew, but it will be done here in New Orleans. That’s all I want to say at this point.

The third one was recorded two years ago, and it’s titled “Deep Impressions.” I will release it when the timing feels tight. It’s a whole record about depression, so I want it to be something different than a career record. Rather have it be of some help to mental health groups in Nola.

What’s the ideal setting for you to write new music?

I write every day and write everywhere. No place special is necessary. I just really like to write.

What outside of music inspires you?

You’ve said you don’t know much about your native Sweden. What do you remember about being introduced to music growing up?

Who are some of your musical influences?

Everyone. My writing started through Bob Dylan and Bob Marley, my guitar playing was inspired by John Coltrane and Ry Cooder initially.

Put yourself in our shoes as paying customers. Who are a handful of artists you’d pay to see when they come through town.

When did you start painting, and what do you love about it? Have you ever come up with new music while painting?

I have painted most of my life. I like the immediate results, the serenity and the fact that when I finish there is something there, something concrete. A thing to hold, touch, feel and look at. I admire clots, light and form.

Where did the idea for Send Me a Friend come from? And what are you goals for the nonprofit over the next five or 10 years?

It came to me after two AA friends offered to keep me company when I was working my first New Year’s Eve show after getting sober. I liked the idea of a network of “friends” that would be available for newly sober music industry men and women, and help them be more comfortable when starting to work gigs again. Our work environment is not very conducive to recovery! So, me and my co-founder Bill Taylor thought it could be helpful. We hope to change the live-music scene in clubs and theaters to be more sober friendly and coexist with nondrinkers and drug users. Like having coffee baristas, organic juice bars and easy access to other nondrinkers/users when experiencing live music.

Finish the sentence: New Orleans is…