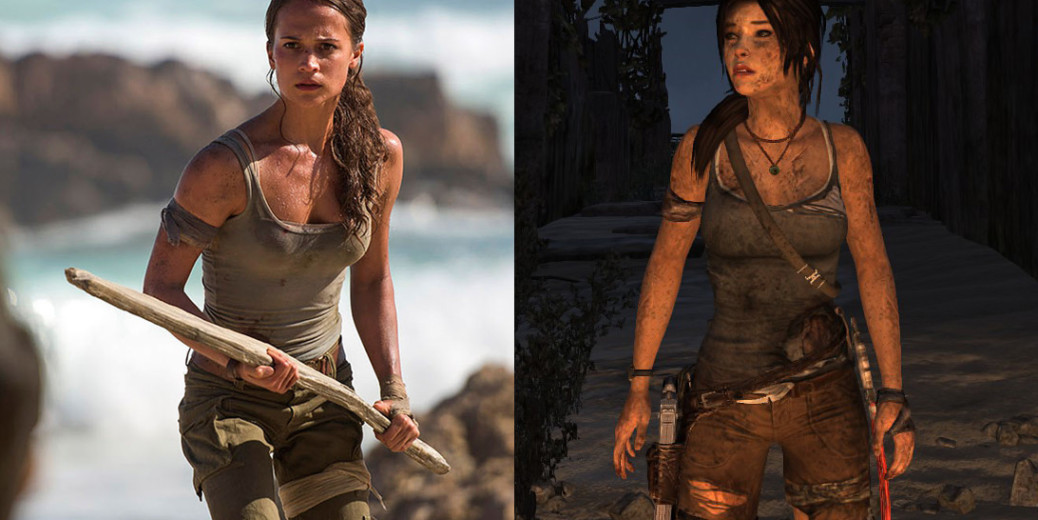 The “Tomb Raider” trailer is here! We’ve been waiting to see Alicia Vikander in action as the iconic video game character Lara Croft for some time now. Lucky for us, the trailer for the reboot was released this week. Two writers from The Hollywood Reporter’s comic blog, Heat Vision, humorously share their thoughts on what the new trailer reveals about Vikander’s portrayal as Croft and what fans can expect from the movie itself.

Volvo is making waves in the car industry this week with the announcement of its first compact SUV, the XC40. In addition to outlining the specs of the car (petrol verses diesel, power outputs and cylinders), Top Gear notes that the XC40 is the first car in Volvo’s fleet that comes with “Care by Volvo,” a concierge service that includes loaner Volvos and your vehicle’s tax, fees and maintenance. All for the low, low price of $850 a month for the first two years. If you’d like to get a better look at the car, Volvo gives consumers a 360-degree view of the car’s interior to really help you picture yourself in its latest ride.

We’ve seen it all when it comes to the antics of punk rock bands, but thanks to what we’ll call a creative, artistic expression from a Swedish group called Pissjar, this really took us for a whirl. The band needed to find the perfect typeface for its latest album, “Apathy and Cheap Thrills.” So, it did what any resourceful punk rock band would do – it created its own font using urine. Mashable examined the band’s, ahem, process, in a recent article. The font, called Pissjar Sans, was a labor of love – the band peed about 300 times to make the font a reality.

Gone are the days when businesses were “cash-only.” In fact, in today’s Sweden, it’s just the opposite. The BBC notes calls Sweden “the most cashless society” in the world. The bus system has banned cash as a currency over safety concerns for its drivers, while store owners share a similar sentiment. One store owner told the BBC, “We wanted to minimize the risk of robberies and it’s quicker with the customers when they pay by card.” This story was released on the heels of a Business Insider Nordic piece that talks about the features of the proposed e-Krona, Sweden’s first digital currency.

From Queen Elizabeth to Lisbeth Salander

The sequel to the Swedish crime thriller, “The Girl in the Spider’s Web,” officially has its Lisbeth. Variety reports that English actress Claire Foy, who received a Golden Globe for her portrayal of Queen Elizabeth in “The Crown,” will be taking on the role of our favorite, vengeful computer hacker. The film’s director tells Variety, “Claire is an incredible, rare talent who will inject a new and exciting life into Lisbeth. I can’t wait to bring this new story to a worldwide audience, with Claire Foy at its center.” The film begins shooting in January and is scheduled for release in October 2018.