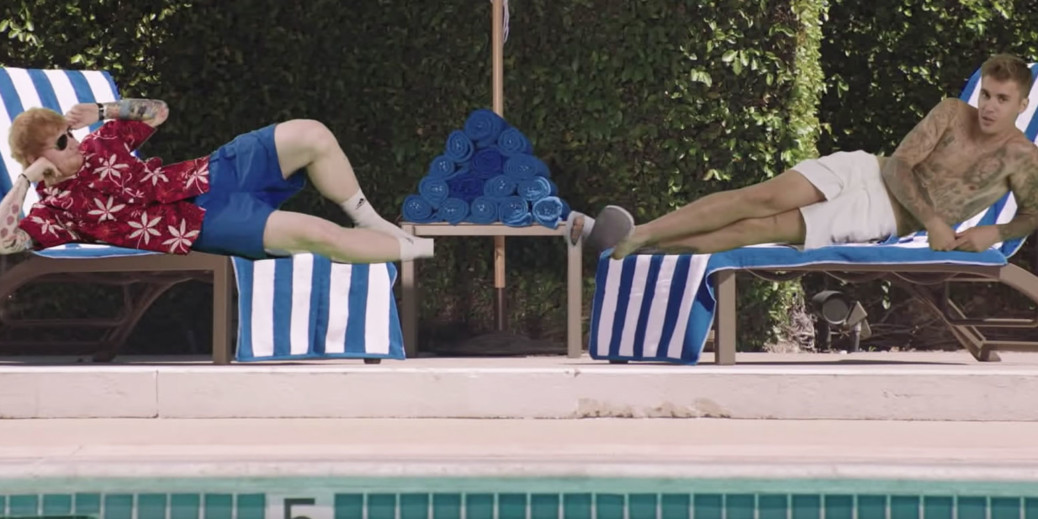 How did we miss that Max Martin and Shellback are behind one of our favorite songs of summer?! We got all the way to Labor Day before we realized it, but better late than never, right?

One of our favorite redheads, Ed Sheeran, teamed up with one of our favorite Canadians, Justin Bieber, for “I Don’t Care,” which was co-written and produced by Swedish pop icon Max Martin and Shellback. There’s also a guy on the writing team named Poo Bear, which we’re here for. This is just one of the tracks Shellback worked on from Sheeran’s collaboration-fueled album. He also worked on “Only Human” from the Jonas Brothers’ return album.

If you haven’t heard it yet, “I Don’t Care” has been named one of the songs of summer by the likes of Esquire, Refinery29 and Spotify.

The “I Don’t Care” music video has racked up more than 240 million views since May, which features a campy green screen effect that’s just too fun to watch (Variety did a great interview with the video director, Emil Nava).

Get ready for pure pop – enjoy!