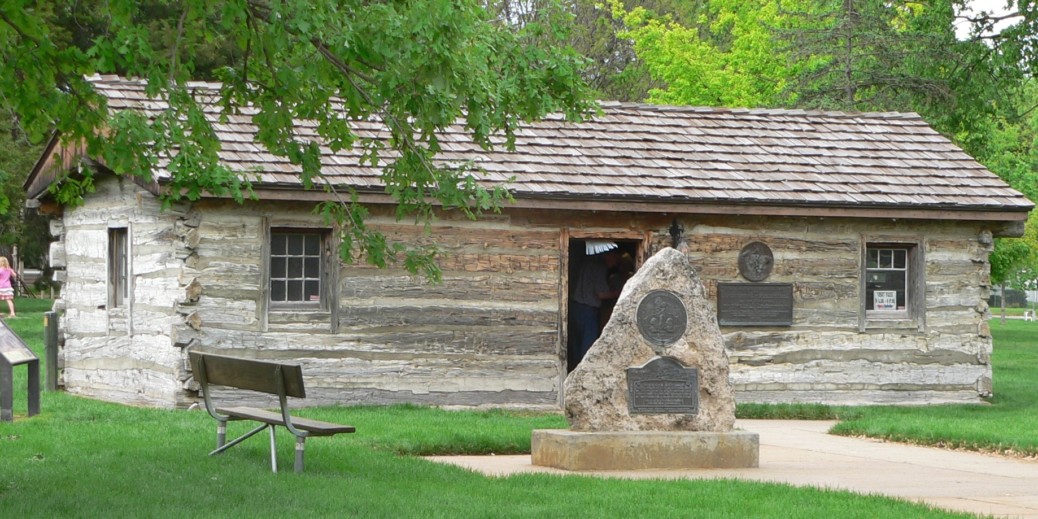 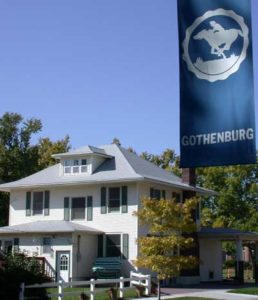 We all come from somewhere, and if that home is a land far away, it’s kind of nice to memorialize it by giving it the name of your home town.

Gothenburg, Nebraska and its namesake in Sweden have the distinction of being the only two places in the world with this name. Today the population of Gothenburg is 3,542 (2014 statistics).

Back in 1881, the population was zero. That is until minister Olof Bergstrom, from Gothenburg Sweden, came to America to work for the Union Pacific Railroad. He was so impressed with the fertile Platte Valley (on the famous Oregon Trail) that he lived a mile north of what would become modern day Gothenburg. He bought eight blocks of land from the Union Pacific, which laid out the original town to be four blocks long by two blocks wide and parallel to the railroad tracks.

To honor and preserve its Swedish heritage, Gothenburg was founded in 1882. Over the years, Bergstrom made several trips back to Sweden to bring groups of settlers to Dawson County.  In time the Swedes were joined by German farmers looking for opportunities the fertile rich land offered them.

Instead it’s called The Pony Express Capital of Nebraska. Right across the
street from the museum and situated in Ehmen Park sits the historic Pony Express Station. A recent visitor to Gothenburg posted this comment about it on Trip Advisor: “A welcome piece of history. This is a great stop to take a break and walk around. Beautifully maintained and welcoming employees.”

Gothenburg boasts a second station, which is located four miles south of town on its original spot and is open on a limited basis to the public.

Another well-deserved stop is The Historical Museum of Gothenburg, which began as a dream when The Pony Express Historical Society was founded in 1980. The prized museum has been open since 2006 with a goal of preserving Gothenburg’s history and artifacts relating to the area.

Dick Larson, one of the original directors of the museum, has lived in Gothenburg for 50 years. He said there no longer were any residents of Swedish heritage dating to Olof Bergstrom’s time, but mentioned, “There are three Swedish crosses in the cemetery, which represent three children who died.”  He continued, “The cemetery was given a historical marker in 1991 to recognize its Swedish heritage.”

Asked whether there are any special Swedish traditions or holidays that the town celebrates each year, Larson said, “Not specifically Swedish, but we do have a Harvest Festival and parade each year.” He also shared that a couple of years ago, “We had a Swedish dance team in town.”

For those stopping in Gothenburg, a visit to the museum and other points of interest, including The Sod House Museum, Wild Horse Golf Club and the Ehmen Park Arboretum, are in order.