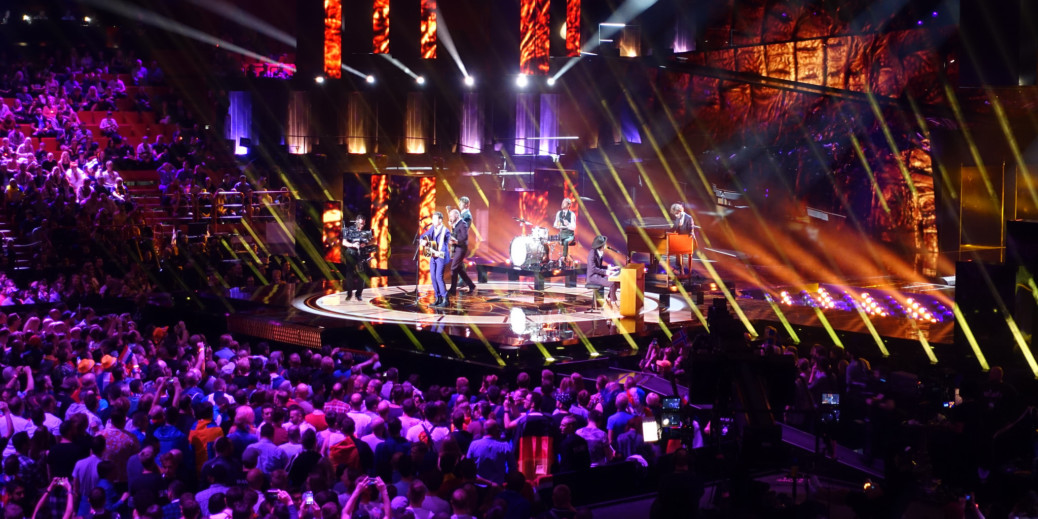 Something seemed a little suspicious when Will Ferrell was seen in the audience of the 2018 Eurovision semi-final in Lisbon. At first, we thought he might be a huge fan of the long running international TV music competition (which is true), but when news of a new movie broke a couple months later, it all made sense. He was researching.

Yes, folks. According to Deadline, a Eurovision movie is in the works.

With Netflix backing the project, the international music competition will be spoofed in a new comedy, staring, produced and co-written by Ferrell alongside former Saturday Night Live writer Andrew Steele.

The comedy will poke fun at the over-the-top, political, pyrotechnic-inclined song contest. With Eurovision’s viewership hovering around 186 million, it is a risky undertaking for the comedy vet. The project could be hilarious if done correctly or disastrous if it doesn’t resonate with die-hard Eurovision fans.

There is no set release date for the film.