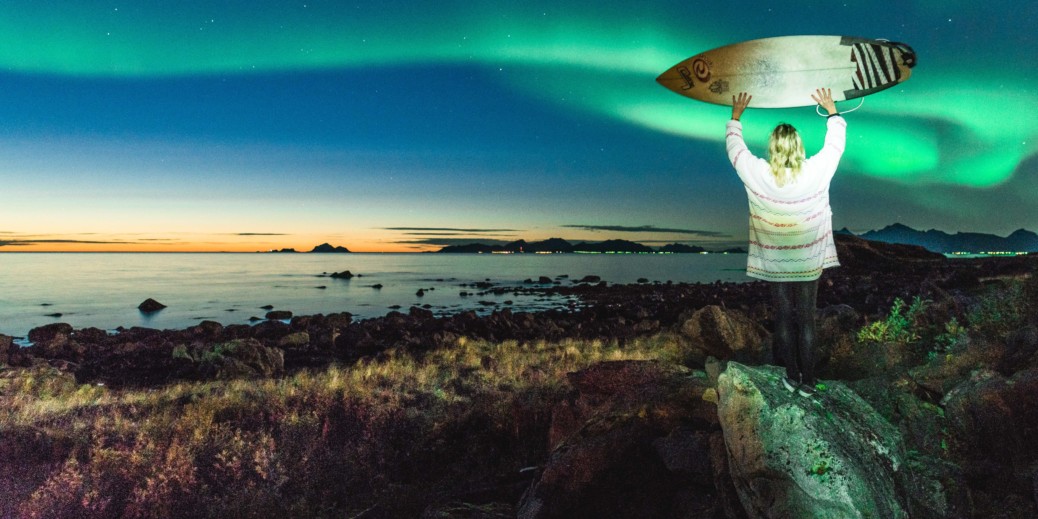 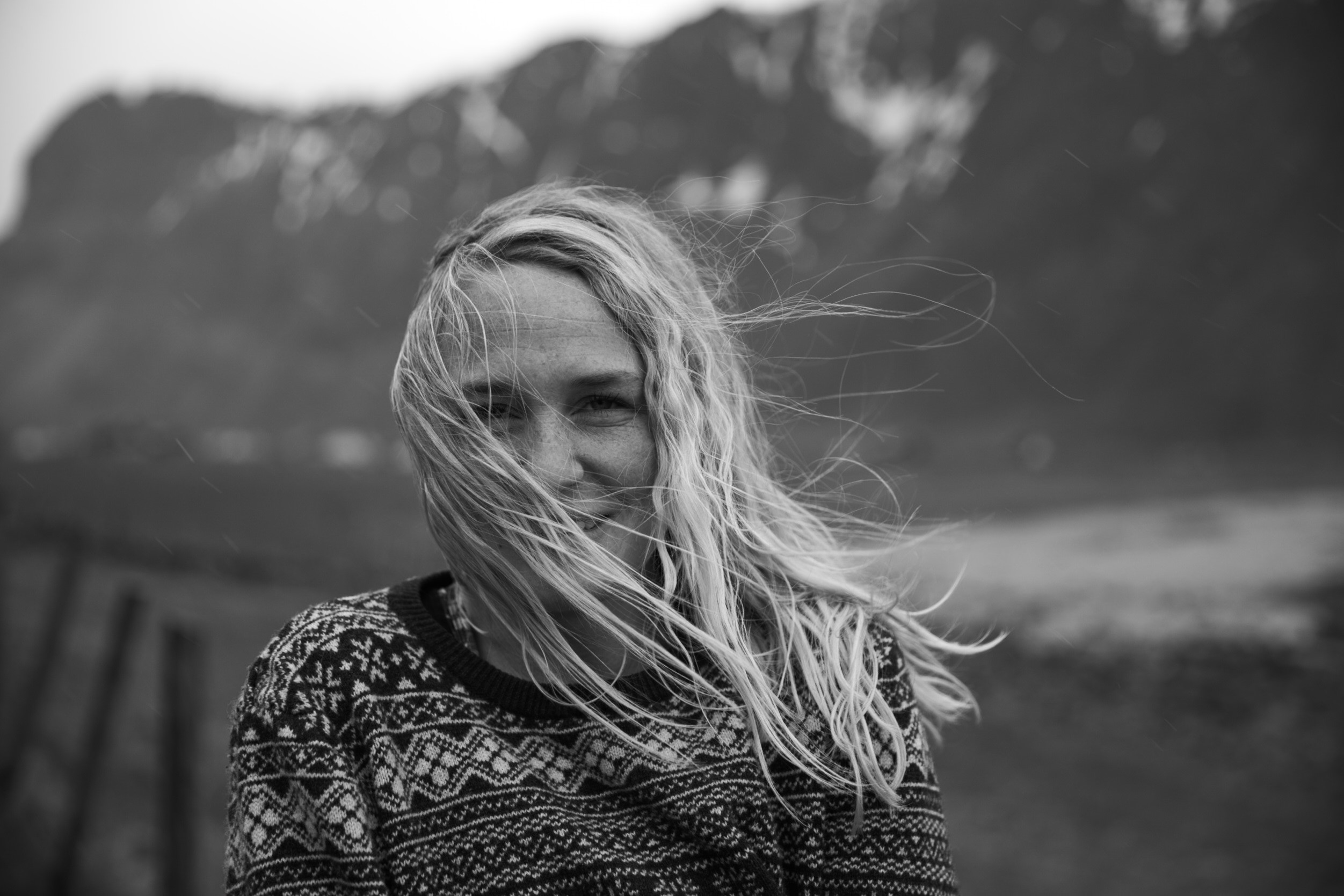 Getting outside at 2 a.m. with frigid temperatures and jumping in the ocean isn’t everyone’s idea of fun.

But for Swedish surfer Maria Petersson, it’s all in the name of catching good swell.

Petersson wasn’t always a surfer, but at the age of 18, she picked up a board and never looked back – the pro rider most recently took the top prize in the Lofoten Masters, dubbed as the northernmost surf competition in the world.

Petersson grew up in Sweden and has lived around the world, hitting up surf spots in places like Australia, Norway and Spain – where she currently resides in the Canary Islands on the popular surf destination of Fuerteventura. We caught up with Petersson to find out how someone so close to the Arctic Circle gets into surfing and what drives and keeps her paddling out every day.

How did you originally get interested in surfing growing up on Sweden? Does Sweden have a surf culture, and how does that compare to the surf culture on Fuerteventura?

I went to a surf camp in France when I was about 17 or 18 years old, just for one summer. And after that summer I was hooked. The whole lifestyle and sport was so new and exciting for me, so after that summer I was convinced that surfing was something I was going to do for the rest of my life. Sweden definitely has a surf culture, though it is not as big or exposed as other places. But I find Swedish surfers more nerdy in the sport, as the wave-forecast is more complex in Sweden, and it is normally a long drive to the spot, so you want to make sure your score when driving out there. Here in Fuerteventura, everything is so close, and there are always waves. You can pretty much just wake up in the morning, look outside and take your morning coffee cup down to the beach and check what the day has to offer. And compared to Sweden, everything is about surfing on Fuerteventura.

You took the top prize in the Lofoten Masters last fall. How many times a year do you compete at this level, and what do you do to prepare for competition?

I did, and it was my first win at a surf comp. I don’t have any competitions planned for 2018. But the last few years I’ve competed about two times a year. Last year I did the World Surfing Games in Biarritz and the Lofoten Masters. I normally try to surf as much as possible before a competition, trying to surf 20 minutes at a time and trying to make the best out of those 20 minutes. I also try to surf where the competition is being held, at least one week before the competition.

When you surf in and around the Arctic Circle, what kind of gear do you use to stay comfort in such frigid temperatures?

In the Arctic Circle, I use a 6’5’4 Rip Curl wetsuit with 7 mm boots and 7 mm gloves, and I use it all year round. The water is always cold up there. Though being in the water is not the coldest part, getting changed is the worst. So, if you are planning on doing an Arctic surf trip, I would advise you to get changed inside a car or a house after the surf, to make it a more pleasant experience. 😊 (I have literally cried so many times from being cold while getting changed.)

Speaking of frigid temperatures, what’s the most extreme weather you’ve surfed in?

The coldest I have ever surfed weirdly was not in the Arctic. It was in the south of Sweden in –15°C and a snow storm. It was heavy onshore stormy winds with freezing snowy particles hitting my eyes, so I had to cover my eyes with my hands to be able to see any waves approaching. And on top of that, my wetsuit was frozen by the time I got back to the car. I have never been so cold in my life.

What’s your favorite surf spot? Any favorite spots in the States?

My favorite spot in cold water is located somewhere in the Lofoten Islands, a really long left. 😊 And my favorite warm water spot is on one of the Canary Islands. I wish I had a favorite one in the States as well, but I have never actually surfed there. But I am really looking forward to if I get the opportunity to go there.

The Maldives overall is definitely on my bucket list, and so is Tahiti.

What advice would you give to someone who was interested in picking up surfing?

Take a surf lesson. You learn the basics and how the ocean works and the rules in the water. Go out in safe conditions and learn how the ocean works, that is a big part of surfing. And most importantly, have as much fun as you can.

Need more Maria? Check out her blog and become one of her 25K Instagram followers. She’s also launched a vlog on YouTube.