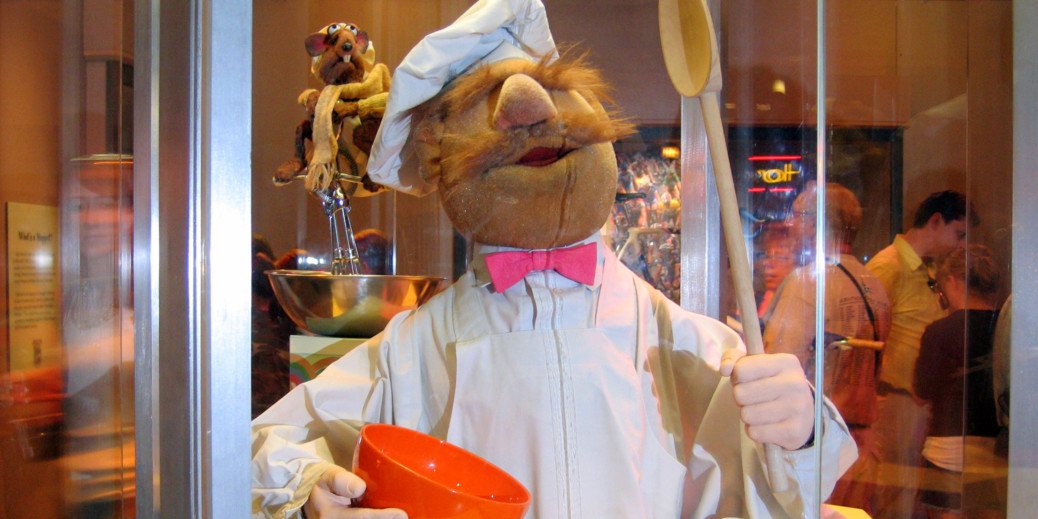 A few years back, Slate featured a piece on the Swedish Chef.

Since 1975, The Swedish Chef has been a violent, goofy and hilarious staple of The Muppets cast. His crazy sketches, which involve anything from cooking with explosives or hammering rubber chickens to firing muskets, have captured the imagination of Muppets fans worldwide. In one episode, the hilarious Swedish Chef uses a rifle to create a hole in an English muffin so he can have a doughnut. Talk about a smoking breakfast.

The legendary Jim Henson was responsible for the creation of the Swedish Chef, but according to show writer Jerry Juhl, the chef has no real life counterpart.

In an interview with Slate, Juhl said, “I wrote, rehearsed, rewrote, brainstormed and giggled uncontrollably a thousand times with Jim Henson as we dealt with the Swedish Chef, and I never once heard him mention an actual Swedish chef.”

In the same article, Cecilia Browning, general manager of Washington D.C.’s House of Sweden said, “I think it sounds much more Norwegian.” Stockholm University linguistics professor Tomas Riad, who is also a member of the Swedish Academy that awards Nobel Prizes in in literature, told Slate it is because of the way the tone rises and falls that makes the Swedes think of Norwegian.

While the Swedish Chef may not be Swedish, he’s still one of our favorite characters. We’ll just skip his famous squirrel stew from Season Four.