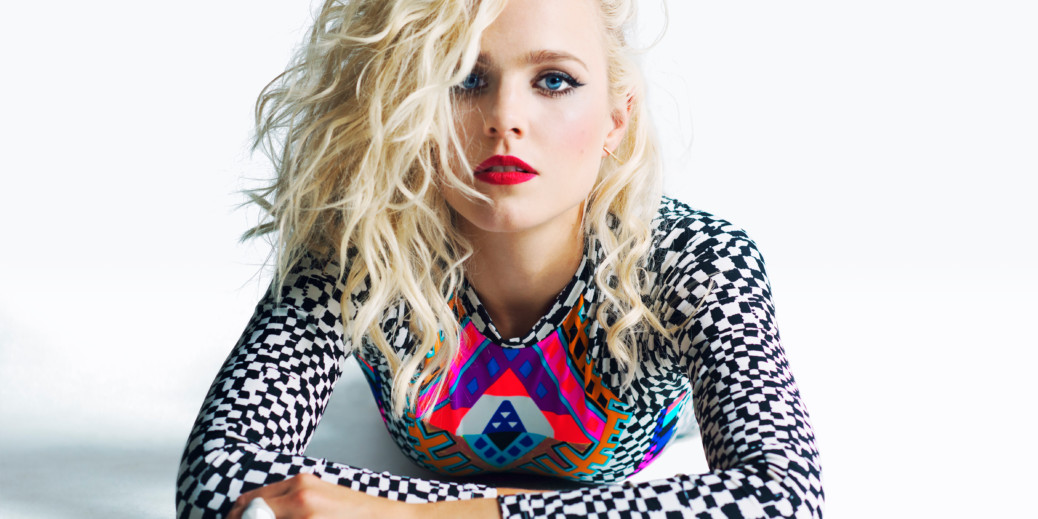 Sweden has given pop music more than its share of superstars.

Next on the list very well could be Ulrika Lindström, known by most simply as Ulrika.

At the age of 18, Ulrika moved from Stockholm to Los Angeles in search of pop stardom. A handful of years later – after several music labels and dashed dreams – her label at the time in 2010 brought her to record with a trio of producers in Atlanta. It was a perfect match. When Ulrika split from her label, she joined forces with Nick Chahwala, Charles Malone and Prisca Strother to form Bravo Ocean Music Group, a firm designed to promote up and coming artists like Ulrika (Chahwala and Malone are Grammy-nominated producers who have worked with Katy Perry and Mariah Carey, among others, and Strother performs and has written for the likes of Justin Bieber and Christina Aguilera.)

The past few years have been a whirlwind for Ulrika, an artist who wears many hats: singer, songwriter, designer, model and entrepreneur to name a few.

Ulrika has modeled (eyes) for Cover Girl and was featured in H&M’s summer magazine as the “Artist to Watch.” Her voice has been used in an international campaign for Gillette. She’s partnered with Swedish brand Fjällräven. She’s been asked to share her entrepreneur story at a pair of TEDx events. She leads Bravo Ocean’s design division, which works with musicians and non-musicians alike on design, branding, web content, video and photography.

And, of course, she performs.

Ulrika’s You Tube videos, which feature original songs as well as covers (we’re partial to her cover of Adele’s “Hello” and The Cranberries’ “Zombie”) have been seen by millions. In 2016, she released the catchy “Oh Sally!” and accompanying funky video, which was shot entirely by robot.

Up next is the release of the single “Love Goes” in mid-February, followed by “Fire” in April and an eight-song EP in May.

Ulrika took time out of her busy schedule to share everything from her classical music training in Stockholm to her musical influences.

Congratulations on a big year. What were a few of your Thank you so much! It was an honor to speak about my journey as an independent artist at TEDx, and it felt great to inspire other young leaders. I also loved collaborating with Swedish cult brand Fjällräven. That brand was a big part of my youth, and they are expanding so fast in the U.S. right now, so it was just exciting on many levels. Let’s not forget my release of “Oh Sally!” and the crazy music video!

“Oh Sally!” caught us from the start. What’s behind the song, and what were you striving for?

Ha! Yeah, it’s a crazy tune. The inspiration behind the song is my own solo journey from Sweden to the U.S. when I was 18. I am Sally, and I remember being so excited about discovering the world on my own terms. The difference between the song and reality is that Sally’s family really wants her to come home due to dangers etc., mine was (and is) completely OK with me being away from Sweden. The song is an anthem of freedom, which inspires taking chances in life. It always reminds me to stay curious and hungry, that’s why it’s so special to me.

And about the video? You guys clearly had some fun with it?

Oh, my God! Yes, that was an adventure in itself. Because the song is so uplifting and vibrant, I wanted to create something that energetically matched it. The idea behind the video was to take the audience on a journey in an extravagantly colorful and graphic fantasy world, and since I’m a graphic designer as well, it gave me an opportunity to take a concept from start to finish and use all of my talents in one project.

If you’ve seen the video you’ll probably think like we spent a fortune, but in reality, we were just a little group who created everything from set design, to the animations to the colorful monster costumes, and I actually edited most of the video myself. I’m really proud of the “Oh Sally!” video, because it does such a good job at showing everything that I am as an artist in such a short time. It’s artistic, inspirational and worldly.

It sounds like you have another single releasing in February? Tell us about “Love Goes,” and what else to expect from Ulrika the performer in 2017.

Yes I DO! I’m super excited about this next music chapter. I have written a bunch of songs inspired by my 90’s upbringing, which will all be on my debut album coming this spring. “Love Goes” will be the first single off the album, and it’s produced in house by Bravo Ocean. This album is the most honest and heartfelt music material I’ve done to date, and because the album has had such a slow birth I just CAN’T WAIT to share this “baby” with the world! I’m also planning on doing some touring with all the new material so stay tuned for dates on my site! Performing is only a part of what you do. How did Bravo Ocean Music Group come about, and how are you helping both famous musicians and those just getting started?

In 2010, I lived in L.A. and was signed to a label, which brought me to Atlanta to record with a production trio, Nick Chahwala, Charles Malone and Prisca Strother. We worked for two months, and I fell in love with their songwriting and mindset. When I split from my label, it felt natural to keep our partnership going and to relocate to Atlanta. The four of us saw a potential in using our own expertise to develop content for other upcoming artists like myself, so we purchased an empty loft space in downtown Atlanta and built it out into Bravo Ocean Music Group. The group consists of a modern production facility, a music production company and a branding/media division.

What is the focus of Ullis Design?

Ullis Design is the branding/media division of Bravo Ocean, and it’s the division that I run (Ullis is my nickname growing up). I’ve always had a huge passion for design, but I started getting serious with it when I realized no one could brand me the way I wanted to be branded as an artist. Other design work started to come in, so I launched my own design company and joined forces with Bravo Ocean. Now we do branding, web content, video and photography. Although most of our clients are emerging artists, we also work with non-music related companies all over the world.

Where did you grow up in Sweden, and how did you get into the music industry?

I’m from Stockholm, and I had the best childhood a kid can ask for! When I was eight, my mom took me to an audition for a professional full-time choir school. I was lucky to get accepted, and that started a nine-year school era filled with classical training and friendships with like-minded kids. It was nerd town for sure, but we were always so proud of our school and music community. When did you come to the United States? What was it like working with a music label when you were in Los Angeles?

I started taking piano classes at four and dance classes at 13. Although I studied classical music for most of my childhood, I always had a passion for pop, so when I graduated at 18, I made the move to L.A. to see if a pop music career might be something for me. Within a month, I had met Grammy-winning producers and labels. The road from there is crooked but fascinating, and I don’t regret a thing.

I was brought up in the 90’s, so naturally I have big love for some of the icons then, Phil Collins, Annie Lennox, Michael Jackson, Prince and Queen. Whitney and Celine have definitely had an effect on how I approach vocals, and as a fellow Swede, I have tremendous respect for ABBA compositions from back in the day. Although I don’t write quite like Benny and Björn, I know that a lot of wisdom can be gathered from studying both their pop and classical work. Today I listen to Sia, Florence and the Machine, Robyn, Adele, Ellie Goulding, Lady Gaga, Taylor Swift and so many more!

If you could pick three artists for Bravo Ocean Studios to work with over the next couple years, who would be on that list?

Oh…I can’t answer for all of Bravo, but I’d personally LOVE to work with all of the females I listed above. They are all so incredibly talented and seem super nice. I like nice people 🙂 How did your partnerships with H&M and Gillette come about?

H&M found me online, and Gillette was brought to me via my management at the time. It is an honor to be considered an “Artist to Watch” by H&M and to have my vocals featured on Gillette commercials.

How often do you go back to Sweden? What are some things you miss about your home? Anything you don’t miss?

I try to go every year. I was there a whole month last summer. I miss the beauty, history, cleanness and social structure in Sweden. I would have missed some of the food, but I can actually get a hold of most stuff at international markets here so I’m goooood 🙂 I miss my family of course, but they are spread out all over the world so I think we’re bound to live on Skype for the time being. I DON’T miss the grey cold days, and I don’t miss grocery store employees who are scared of small talking. I love talking to strangers everywhere and sometimes Swedes like to keep to themselves.