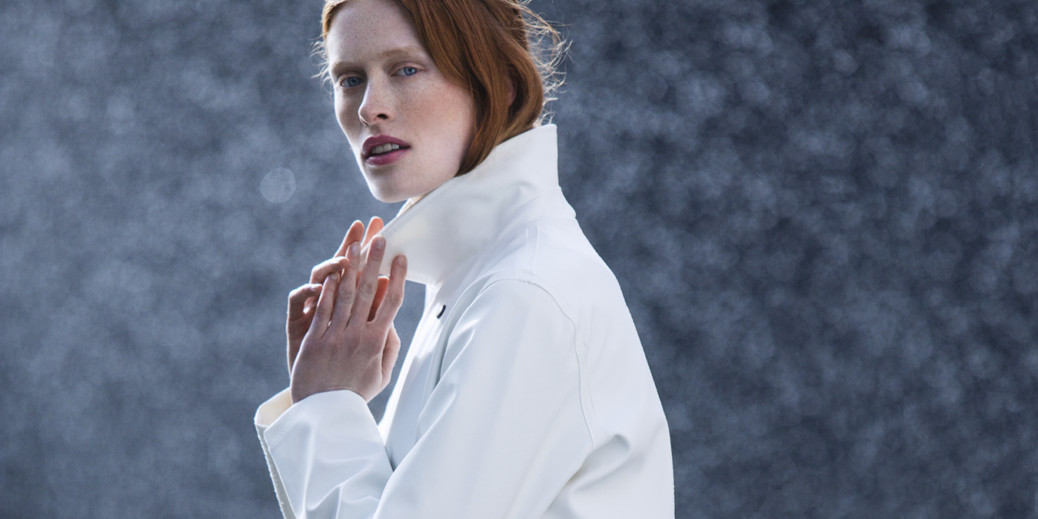 The Swedish luxury brand sells handmade raincoats and outerwear in an array of sleek styles and colors – and the company recently opened a storefront in New York City. The brand’s concept blends simplicity, fine craftsmanship and timeless design. Stutterheim also encourages creativity inspired by melancholy, embracing the sadness that is often associated with rain to create new styles.

In 2010, Alexander Stutterheim launched the clothing line in Stockholm after finding his grandfather’s old raincoat in an abandoned barn. Stutterheim’s grandfather often went fishing near Arholma, an island in the Stockholm archipelago, and would wear a raincoat during heavy storms.

Stutterheim created a modern version of his grandfather’s coat working with a small factory in Boras, Sweden. Soon he began selling the first batch of Arholma black raincoats from his living room. Within the first year, he outgrew his living room, and Stutterheim opened its first store space on Åsögatan in Sodermalm.

Business continued to grow quickly, and celebrities like Kanye West were seen sporting Stutterheim products. Stutterheim even collaborated with Jay Z for a limited edition Stockholm coat in 2012.

Today, Stutterheim is sold in more than 1,000 stores around the world. The new store, the first in the United States, opened in May in the NoLIta neighborhood in New York City at 232 Mulberry St.

The business’s marketing director, Johan Loman, gives us some insight about the brand and its success.

Why did you want to open a store in NYC? How long did it take to find the store?

The U.S. is an important and quickly growing market for us. We do have some amazing retailers in NYC and across the country carrying our products, but we had nowhere where we could show our full range of products. We were looking for a space for quite some time, but with full focus for the last few months before we found the space at 232 Mulberry Street. When we found it we knew that this was just the spot for us.

When huge celebrities like Kanye West and Robyn were seen wearing Stutterheim, what impact did it have on the company’s growth?

Well, we like to think that everything is interconnected. Sales are the result of everything we do; from keeping the popular stuff in stock, receiving great press, introducing new things and being relevant to people. Having celebrities liking what we do of course helps, but not only that alone drives sales and growth.

How do you want people to feel when they wear a Stutterheim raincoat?

We talk a lot about melancholy and the connection between melancholy and creativity. Rain has an inherent connection to blue emotions, and we understand that a lot of people feel a bit down when the rain is falling. But instead of trying to push those feelings away we think that people should embrace them. We believe that melancholy inspires creativity, that when you feel unease you want to create and to change. So in some way we hope that people feel and embrace melancholy when they wear a Stutterheim coat. And then of course we hope that they feel very good-looking as well.

For more information or to check out Stutterheim’s gear visit https://stutterheim.com/.