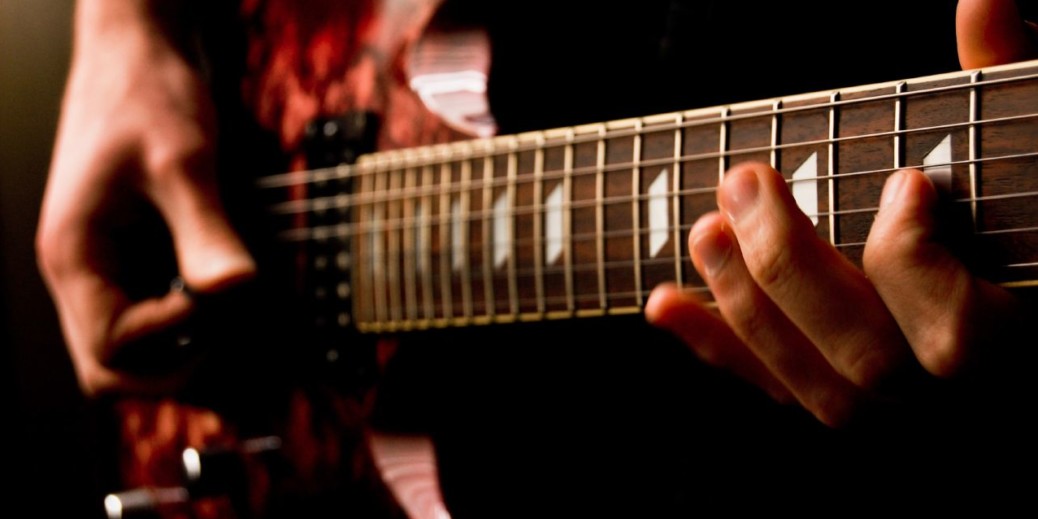 MIND Music Labs out of Stockholm recently released a whopper of an invention.

Labeled as the first true “smart guitar,” the SENSUS isn’t available for purchase yet, but it’s already shaking up the music world and cashing in on eager investors.

The SENSUS is made from the same red spruce as Stradivari violins, contains an internet connection and features multiple touch sensors, synth pads and more. The smart guitar allows players to add infinite modulations and effects to music, stream and play directly on their favorite songs, jam with friends at a distance and share performances on social networks. All of the tech is beautifully built into the guitar making for a completely new playing experience and allows the guitar player to create real time, studio quality music to a level never before experienced.

This one minute YouTube video gives an inkling of all the guitar will be able to do.

MIND Music Labs and the SENSUS guitar have the star power and the tech to make a big difference in the music world. Investors include Jacob Key, former vice president of digital strategy Europe for Warner Music and Mats Georgson, former global brand director for Ericsson and founder of the Bluetooth brand. Top that off with a team that includes Thomas Nordegg, one of the top guitar techs in the music world and consultant to high profile bands like Duran Duran and Toto.

“The trust of our investors and of living legends from the tech and music world is a clear sign that the direction MIND has taken is the right one to bring musical instruments to the next step of their evolution,” MIND Music Labs’ founder Michele Benincaso said in a press release.

Could the SENSUS change the face of music? Bringing the best tools in the world right to the fingertips of master guitar players may spark a revolution, or a violent rift.  Will rock reject it? Will the old and the new be seen as differently as electronic and acoustic?

There already are fans asking that the guitar be given to music legends to see what they can do with it. For now, we will have to survive with watching upcoming gigs online for the SENSUS as a release date hasn’t been given.

Sweden has a history of earth shattering changes to the music landscape. Its companies have been known to innovate and create products that we can’t live without ranging from the implantable pacemaker to Bluetooth technology. Will the SENSUS go down in the Swedish invention hall of fame as a game changer? Mind Music Lab’s incubator STING (Stockholm Innovation and Growth) has high hopes.

STING has worked with more than 150 companies and is by far Sweden’s largest startup incubator. It helps companies start, grow, find funding, finish products and market them. STING employs well over 1,000 people, creating hundreds of millions of euros in revenue every year. Impressively, 131 of the 181 companies that STING has helped are still in business.

Perhaps we’ll hear – and know – soon if the SENSUS will be the next big thing.