Taking a Swing at Some of Sweden’s Best Golf Courses 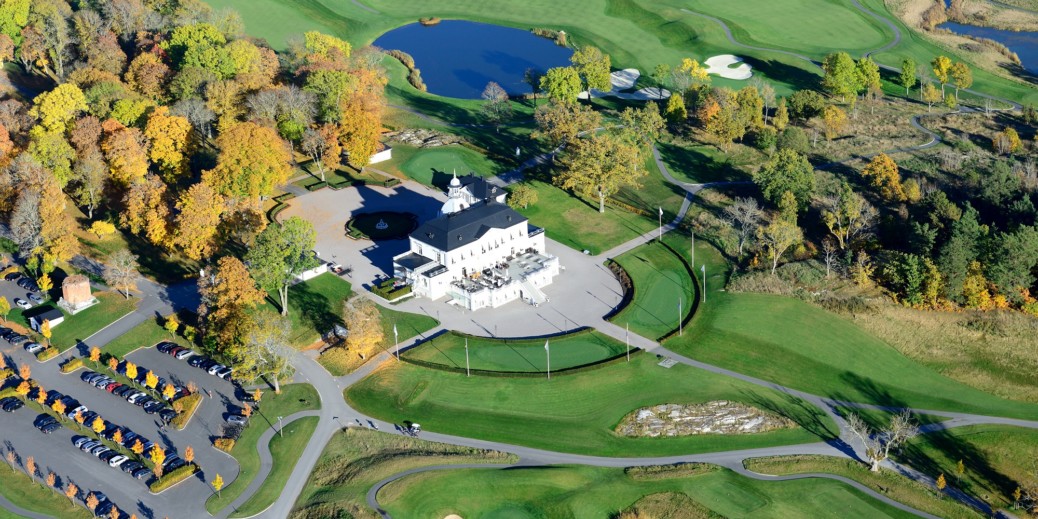 Taking a Swing at Some of Sweden’s Best Golf Courses

We recently took a look at a few of Sweden’s most famous golfers.

Today, we highlight a few of the top golf courses in Sweden, which according to Golf Digest in 2009 ranked in the Top 10 in the world in terms of golf courses per capita.

The home of the Scandinavian Masters from 2010-13 and again this year, the Stadium Course at Bro Hof Slott Golf Club is the top-ranked course in Sweden (and 14th in Europe) by Top 100 Golf Courses. Golf Digest also has ranked the Stadium Course tops in Sweden the past two years. The course opened in 2007 as one of the longest in Europe and features beautiful views of Lake Lake Mälaren about a 30-minute drive northwest of Stockholm. The club’s Castle Course, ranked No. 8 in Sweden by Golf Digest, opened two years later.

Located 90 miles from Goteborg, the Halmstad Gold Club features two courses, the North and South courses. It’s the North Course that gets the most rave reviews and the site of the 1982 PGA Open Championship and the 2007 Solheim Cup. Halmstad, Sweden is called the “Golf Capital of Sweden” and features a dozen courses nearby, according to travel site Sweden Tips. Golf Digest ranks it No. 5 in Sweden.

The Masters course at Barsebäck, about 15 miles north of Malmo along the Öresund Strait, is another picturesque course that ranks No. 4 on Golf Digest’s Swedish list. It hosted the Solheim Cup in 2003 and is the home course to Swedish superstar Henrik Stenson.