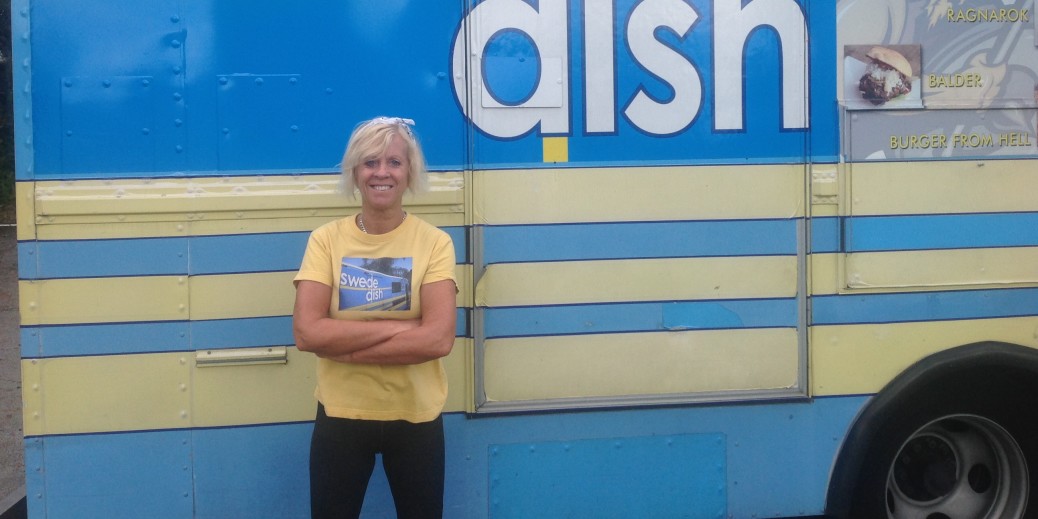 Viveca Aversdedt was dubbed the “World’s Fastest Viking” during her drag racing days in Europe.

These days, she serves up fast food of the Swedish variety out of an Orlando-based food truck, SwedeDISH.

Aversdedt and her husband Håkan, who built and maintained her dragsters as her crew chief while she set racing records, moved to Florida in the late 1990s to pursue bigger challenges in racing. The move led to a turn they weren’t expecting.

After struggling to find sponsorship to continue in racing, the Aversdedts went from drag racing duo to running the only food truck that serves true authentic Swedish cuisine in Orlando. For more than four years, SwedeDISH has been feeding locals and vacationers during food truck gatherings hosted by The Food Truck Bazaar – the nation’s original food truck tour.

Originally from Sweden, Aversdedt always has had a passion for food.

“For as long as I can remember, my family was always in the kitchen, cooking large meals for friends and family and even doing a bit of catering,” she said. “My brother even owned a restaurant in Stockholm.”

She not only brought her passion for food to Orlando, but also some well-practiced culinary skills.

“Like my family, I always loved to cook big meals for friends and family,” Aversdedt said. “During my racing days I would even cook and cater for my racing crew and sponsors; sometimes it was for as many as 250 people.”

Out of racing and working at Ikea, Aversdedt and her husband saw a Food Network series called “The Great Food Truck Race.” And it hit them: What better way to combine a passion for cooking and a passion for being behind the wheel than to start a restaurant on wheels?

“I thought it was such a neat and unique idea,” Aversdedt said. “This concept was something we could completely customize. During that time I was working as a decorative designer at Ikea, and my husband had the auto-mechanic skills from our racing days and had even dabbled in kitchen installation.”

Before the couple knew it, they had transformed a newly purchased and ordinary food truck into their vision, SwedeDISH.

Once the logistics of the truck were complete, Aversdedt set her vision on the menu.

“It was hard to keep my menu strictly Swedish and still draw in a variety of customers, plus the food had to be packaged to go,” Aversdedt said. “I needed to create ‘Swedish fast food.’”

The menu combines touches of Swedish palate with American on-the-go traditions like hot dogs and hamburgers. The unique menu draws in foodies from all around, and the quality keeps them coming back.

“To this day we make everything from scratch and usually the day of an event,” she said. “Now-a-days, not many food trucks can say that.”

Some of SwedeDISH’s top sellers according to the Swedish chef include:

With a rating of 4.9 out of 5 on Zomato.com, more than 4 stars on Yelp and Facebook and reviews left by customers who were left with “soaring taste buds,” it’s no doubt this Swedish food truck is speeding toward success.