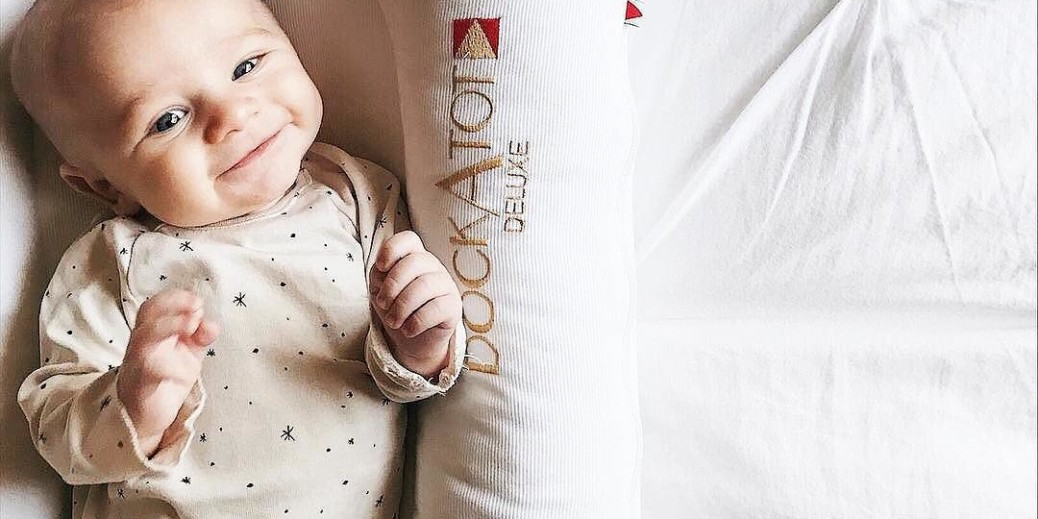 In a world of influencers and celebrity promotions, it’s hard to decipher what’s truly a good product and what has a true seal of approval. The DockATot® is the creation of Lisa Furuland, a Swedish native who is passionate about co-sleeping and bed sharing.

DockATot® has been used by celebrities like Kourtney Kardashian, Jennifer Love Hewitt, Lily Rabe, Molly Sims and Michael Phelps, among dozens of others, but doing a quick search on Instagram will show that this product’s cult following is universal.

Before it was known as DockATot® in the States, the bassinet/baby lounger alternative was known as Sleepyhead of Sweden. According to an interview on its website, Furuland launched the product more than 10 years ago after she was unsatisfied with the bed-sharing products on the market. It wasn’t until 2015 when she decided to launch the product in the United States that she rebranded to DockATot®.

“When my first son, Ilias, was born, I got inspired to create something new in the baby and children’s industry,” Furuland said in that interview. “I searched unsuccessfully for an alternative to the blanket, the cot and the baby lounger, something more snug and at the same time more versatile and completely safe. It has also been important to incorporate properties with health benefits. The wellbeing, safety and happiness of our babies are the objectives and inspiration of my creation.”

What makes the DockATot® different from other loungers? It’s made with breathable materials that grow with your baby, thanks to a clasp at the foot of the lounger. While there are some critics out there who claim the dock isn’t safe for co-sleeping, the lounger can be used for sleep when baby is under direct supervision and when blankets and pillows are kept away.

In addition to the original DockATot® product, the company also is launching CloudTot™ this summer, which is a smart bassinet system that will detect baby’s movement, room temperature, moisture and noise levels – it even has a built-in peg that nudges the baby if no movement is detected for a certain period of time. Later this fall, it will release Aristot, a luxury, high-end bassinet collection.