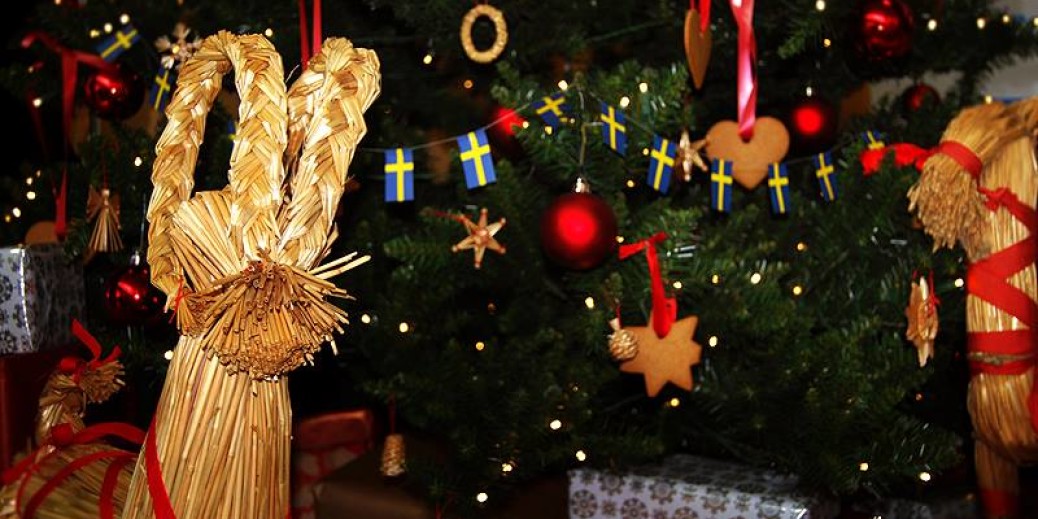 The Christmas season in America: Black Friday shopping, cookies for Santa, spiked eggnog, the “elf on the shelf” and stockings stuffed with goodies.

But what about Christmas in Sweden? Do the words Julbord, Glögg, Lucia Day or lussekatter ring a bell?

Here are a few of Sweden’s Christmas traditions.

An unofficial Swedish holiday, St. Lucia Day is named after the martyr, Sankta Lucia (approx. 300 AD). Celebrated on December 13 by households’ eldest daughters arising early and wearing St. Lucia-garb of white robe, red sash and a wire crown covered with whortleberry-twigs and nine lighted candles. Girls awaken their families, singing Sankta Lucia, serve them coffee and saffron buns, thereby ushering them into the Christmas season. Outside of individual households, cities appoint their own Lucia, and a national Lucia-representative is chosen.

From All of Us to You

From All of Us to You is an animated television Christmas special, hosted by Jiminy Cricket alongside Mickey Mouse and Tinker Bell. The special features classic Disney short and feature films and has been broadcast in Sweden on Christmas Eve every year since 1959. Some estimates indicate 40 percent of Swedes watch each year: While younger generations appear less interested in it, it still is nostalgically viewed by parents and grandparents.

A rich, spiced-leavened sweet bun that is flavored with saffron, cinnamon or nutmeg and raisins. The buns are baked into many traditional shapes, of which the simplest is a reversed S-shape. They are traditionally eaten during Advent, especially on St. Lucia Day.

Unlike Americans, most Swedes purchase their Christmas tree a few days before Christmas. The tree is the very symbol of Christmas. Those who live in the city buy a tree in the street or square, but those living in the country chop down a tree from the woods wherever they see fit. Trees are decorated according to family traditions – often with flags, candles/lights and tinsel.