After living in Los Angeles for 25 years, Swedish caterer and chef Linda Andersson has moved her catering company Leave It To Linda Catering to Nashville, Tennessee.

When she first moved to L.A., Andersson worked for Deluxe Motion Picture Catering for five years, catering on movie sets like “American Beauty,” “Independence Day,” “Men In Black” and “Catch Me If You Can.” She also cooked for film wrap parties and other entertainment industry parties.

Growing up in Sweden, Andersson always has worked in the restaurant industry. When she was 13, she started as a dishwasher and then at 15, began working as a cook at various restaurants.

“When I was growing up, my mom was a great cook and I always watched her and that’s how I got into cooking,” she said.

Andersson left her home of Uddevalla – a town an hour north of Gothenburg – when she was 21 to move to L.A. and has been in the U.S. for 25 years now.

“I had a pen pal that I was writing to for 10 years,” Andersson recalled. “When I was 10, I started writing to her, and then I went to L.A. to visit her and I just stayed.” 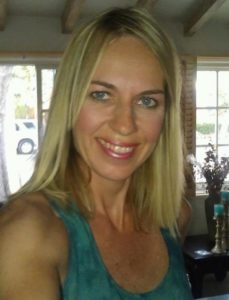 When she first arrived in the United States, Andersson worked as an au pair for a year and a half, and the family she was working for connected her to the owners of Deluxe Motion Picture Catering.

“They were doing all the big movies,” she says. “I got a job with them a worked with them for five years.”

While at Deluxe, people started asking Andersson if she could cater their private parties, and she thought about starting her own business. She ended up leaving to start Leave It To Linda Catering, which has been in business for 20 years.

Andersson also catered on the set for shows like “The Voice,” along with other television reality shows. Andersson and her crew would be catering on set for up to 30 days at a time, serving breakfast and lunch.

“And because I’m Swedish, people would always ask me if I could cook Swedish food,” she said with a laugh.

While catering on movie sets, Andersson also opened Fortyone Fortyone Restaurant, an eatery that served breakfast and lunch with a mix of healthy California fare and Swedish dishes like meatballs, shrimp sandwiches and gravlax.

“I have to say that lots of people come in for the Swedish meatballs,” Andersson said of the classic dish, which she served with mashed potatoes and lingonberries. 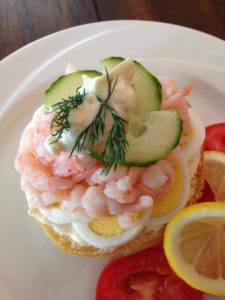 The restaurant’s kitchen also was used for Andersson’s catering business, as it was located conveniently down the street from Universal Studios. The restaurant has been closed since May of 2017.

Now new to Nashville, Andersson will continue catering for production companies as she was doing in L.A.

“I’m currently setting up my catering business out here,” she says. “And I might open up a restaurant later on down the road.”

While embracing her Swedish heritage through cooking here in the United States, Andersson still visits home every year or so, as her mother still lives in Uddevalla.

“When I go back, I love the Swedish food,” she said. “It’s that good home-cooked comfort food.”