When Swedish and California cuisines collide 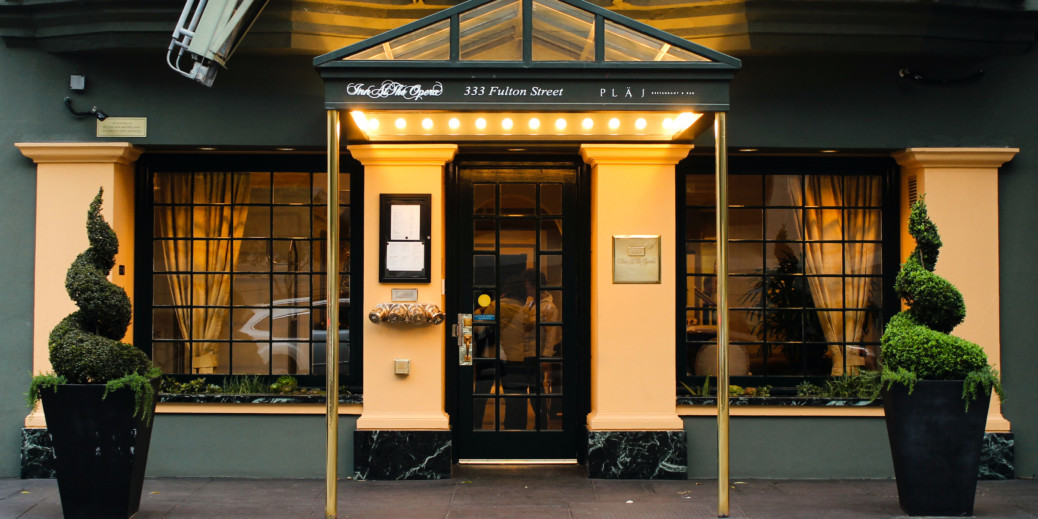 All photos via Kelsey Leavey

When Swedish and California cuisines collide SAN FRANCISCO – When you think of food in San Francisco, you probably think of Mission-style burritos or the garlic fries at AT&T Park, not gravlax and husmanskost.

But Chef Roberth Sundell is hoping to introduce diners in San Francisco to Scandinavian food with a California twist.

Sundell was born in Stockholm and began his career at the National Museum of Stockholm, where he cooked for the Swedish royal family on occasion. Before opening Pläj in San Francisco, his career took him to places like London, Scottsdale, Ariz., Los Angeles and Lake Tahoe.

Pläj, pronounced “play,” opened in 2012 and was the first Scandinavian restaurant in the Bay Area. Located in the Inn at the Opera, the restaurant is in a cozy, warm space with seating for about 50 (including the bar). The restaurant has received critical acclaim from the San Francisco Chronicle.

For diners who have never tried Scandinavian food, there are plenty of options to choose from, ranging from the traditional to the more familiar. One thing that stands out about all of the food at Pläj is the commitment to local and sustainable ingredients. The freshly baked bread is soft, with a hint of sweetness and is served with a caramelized butter dusted with dried leeks. The leeks add a level of saltiness, which pairs well with sweetness of the bread. This simple yet complex green salad is served with fresh nectarine, fennel, a Swedish cow’s milk cheese, candied almonds and radish. The salad is dressed with an aquavit, dill vinaigrette. The nectarines and candied almonds pair well with the sharpness of the cheese and dill in the vinaigrette. Overall this light salad is a perfect representation of Scandinavian flavors meeting California freshness. The perfectly cooked Salmon, seasoned with rosemary, is served with a variety of roasted summer squash. The hollandaise sauce gives this light dish a bit of richness that one might crave when visiting a Scandinavian restaurant. The addition of chanterelle mushrooms gives the dish a rustic and peppery flavor. The mention of Swedish meatballs might have you picturing a famous furniture store, but the meatballs served at Ikea pale in comparison to the ones being served at Pläj. The meatballs here are a mix of prok and beef. They appear to have a slight sear, while still remaining moist on the inside and the pan gravy is full of flavor. The dish is balanced by the lingonberries and pickled cucumber. And the potato puree is extremely light while still adding richness to the meal. For dessert, the traditional Swedish pancakes are a great way to cap off an incredible meal. The light pancakes are slightly less sweet than one might expect, but equally delicious when served with whipped cream and summer berries. Sundell’s take on the princess cake is a little less traditional. The cake served in a jar, has all of the traditional flavors of a princess cake – raspberry jam, pastry cream, sponge cake and marzipan – the presentation is what sets it apart.

Overall the experience at Pläj is a memorable one for both lovers of Scandinavian food and those trying the cuisine for the first time. The restaurant is open for dinner seven days a week. Reservations are encouraged. And for real-time updates on specials that change daily, follow Pläj on Instagram.