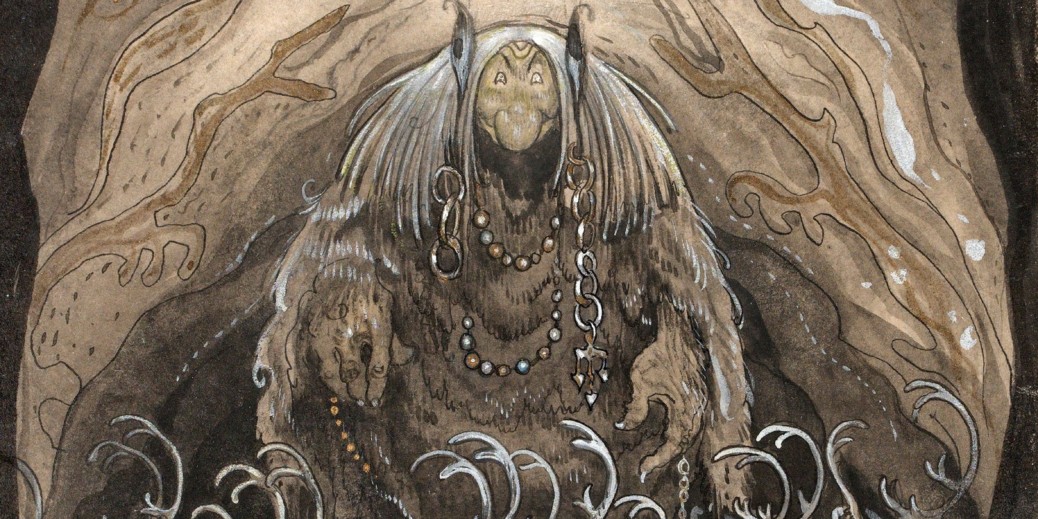 Whether you are 3 or 53, there is something magical about settling down in a comfy chair with a book and getting whisked away to foreign lands with trolls, fairies and castles.

“Swedish Folk Tales” is a 2004 collection of 29 folk stories from various Swedish authors, sprinkled with the clever illustrations of famous Swedish illustrator and artist John Bauer.

If you were lucky when you were growing up, you had a favorite book you pulled off the shelf again and again and again. Your parents practically could recite it by memory, but for you, it was like hearing it for the first time.

The stories vary in length from a couple pages to upwards of 15 pages – making it perfect for bedtime. When bedtime is in five minutes, flip to page 126, and dive into P.A. Lindholn’s “Stalo and Kauras,” a witty tale of a young boy and a mean giant that is similar to the biblical story of David and Goliath. Have a little more time? Helena Nyblom’s “The Ring” is a 10-page Swedish Cinderella meets Rapunzel story.

While each and every story in the collection is worth reading, the illustrations deserve praise of their own. Bauer, born in 1882, was an acclaimed Swedish artist and illustrator during his short life. He began illustrating fairy stories when he was a student at the Swedish Royal Academy. His illustrations are all works of art. The trolls look larger than life and gruesome; the children, light, innocent and unassuming. His illustrations primarily were muted colors of browns, blacks and grays, but the splashes of color he did use were done strategically and intelligently – the red cape of a royal prince is illuminated against the darkness of the forest; the pink crown of a tiny child is pressed up against the head of a brown bear.

We love the stories. We love the illustrations. But we also love the positive lessons behind the stories: The storybook could really be called “Swedish Fables.”

Alfred Smedberg’s “The Seven Wishes” is a story of a lazy, foolish, ugly boy named Olle. Olle ends up with seven wishes, but being the lazy boy he is, he wastes the first five wishes on silly requests that end poorly for him. For his sixth wish, he asks to learn how to read, and the reader finds out that Olle’s foolish wishes are granted immediately, while his sensible wishes are fulfilled gradually, instilling lasting behavior changes. Olle doesn’t learn to read overnight, but he receives a burning desire to learn, and over time, he reads every single book he can get his hands on and realizes how lazy and foolish he had been. By the seventh wish he asks, “I wish to be a good, useful person.”

Every story is like that, with easy-to-understand life lessons cloaked in fantastical stories.

Grab your kids, grab your PJs and grab “Swedish Folk Tales” off the bookshelf. And then be prepared to do it again tomorrow. It’s a keeper.