Swedish Bands Coming To The U.S.

Swedish Bands Coming To The U.S.

The summer concert season is on the horizon.

Are any of your favorite Swedish bands touring in the United States? We’ve started a list of some of our favorite bands and performers who will be stateside in the coming months and will update it as we get a little closer to summer. Send any of your favorites that we should add to our list at umgasmagazine@gmail.com.

One of the more anticipated returns is metal band Ghost, a Grammy Award-winning outfit led by Tobias Forge, who recently was identified as the previously anonymous “Papa Emeritus.” The band will play 20 dates from May 5-June 1.

The acclaimed folk singer released a new EP in January, “José González & The Brite Lites At Svenska Grammofonstudion.” After touring in the United States last summer and early this year, he’ll return for a handful of dates from Aug. 25-30 in Montana, Washington, Idaho and Colorado.

The Tallest Man on Earth

Kristian Matsson, aka The Tallest Man on Earth, released the first song in a new song series called “When the Bird Sees the Solid Ground” earlier this month. He’ll play a couple dates (April 20, 21) in Colorado and return to the States in November for a dozen dates.

We’re anxiously waiting to see if Tove Lo will announce more dates. So far, she’s set to perform in New York and Los Angeles in June. We’re hoping for more. 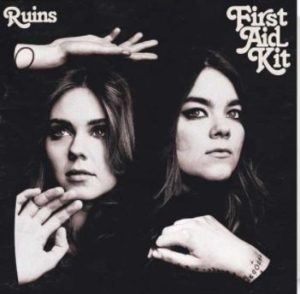 Avatar, another metal band, recently completed a leg of an American tour to support its seventh album (“Avatar Country”). It will be back for about 10 more dates in late April and early May.

Robyn will show some love at the Red Bull Music Festival in New York on May 21. By then, we may know more about a new album she’s hinted is coming in 2018.

Lissie, an American with Swedish blood, just released her fourth album (“Castles”) and will be touring from late April to early June. This includes a stop at Bonnaroo on June 7.

Our favorite ABBA cover band, Arrival From Sweden, will be starting a long American tour in late April.