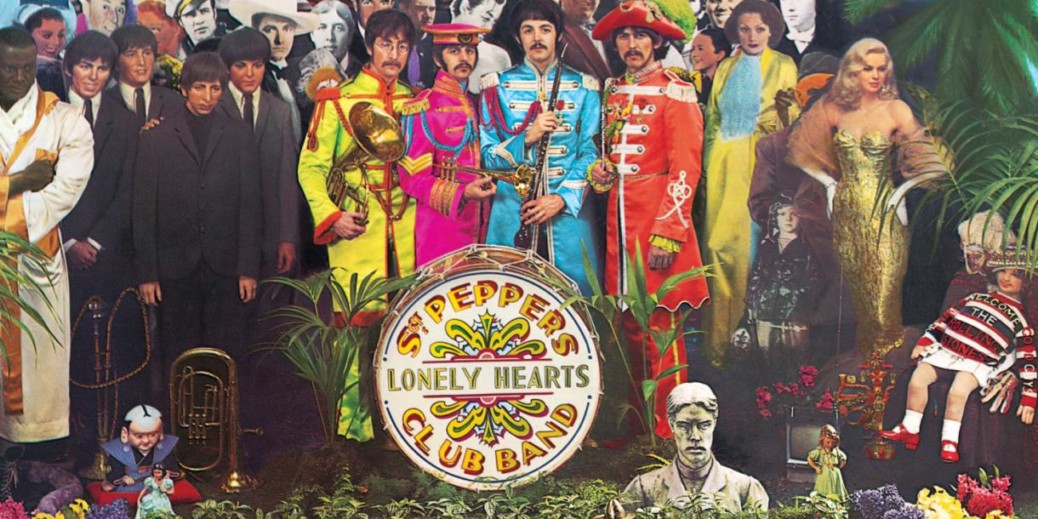 Today marks the 50th anniversary of one of the world’s greatest albums, The Beatles’ “Sgt. Pepper and the Lonely Hearts Club Band.”

The album, known for such songs as the title track, “Lucy in the Sky with Diamonds” and “A Day in the Life,” is almost known as much for its iconic cover, which featured the faces of 57 mostly famous stars. (In fact, here’s a pretty cool NPR story about the importance of the cover.)

Paul McCartney is credited with coming up with the idea for the cover, which was designed by Peter Blake and Jann Horwath.

Did McCartney draw inspiration from somewhere?

Some believe a Swedish brass band called Mercblecket may have influenced what would become one of, if not the most, famous album covers of all time. “As we celebrate the 50th anniversary of Sgt. Pepper’s Lonely Hearts Club Band, it’s worth remembering a little known fact that the cover art may have likely been influenced by Swedish band Mercblecket, which was comprised of a group of students from the Stockholm School of Economics,” said Ken Womack, dean of the Wayne D. McMurray School of Humanities and Social Sciences at Monmouth University and the author of four books on The Beatles, including “The Beatles Encyclopedia: Everything Fab Four.”

According to Womack, who also writes a Beatles column for The Huffington Post, “Their 1964 EP, Mercblecket Beats the Beatles, features eerily similar poses to the famous cover art that would later adorn Sgt. Pepper. To render the entire episode even less coincidental, it is further worth noting that the Beatles actually met Mercblecket during the visit to Sweden during the summer of 1964, when – you guessed it – the Swedes gave Paul McCartney a copy of the EP.”

Rolling Stone highlighted 10 interesting facts about the “Sgt. Pepper” cover in March, including a link to The Beatles’ arrival in Stockholm when Mercblecket was on hand as the Fab Four deplaned. To date, McCartney hasn’t said whether or not Mercblecket played a role on the cover.