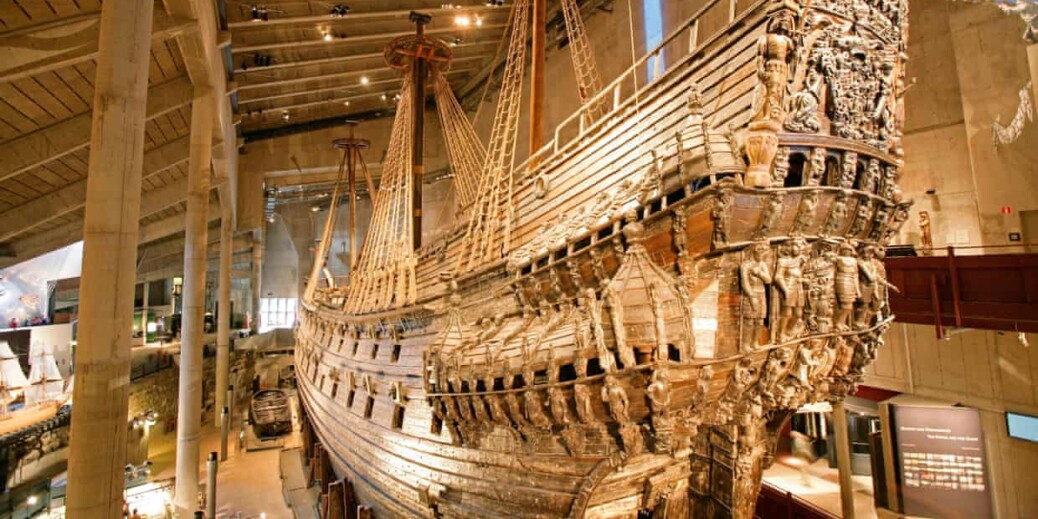 A pair of Swedish archaeology stories caught our attention this week.

The Vasa, a 17th century warship that sank on its maiden voyage and now is one of Sweden’s most popular tourist spots, may have had a sister ship. Swedish archaeologists have discovered two wrecks that they believe were ordered from the same ship maker and sunk on purpose, according to The Guardian.

Elsewhere, archaeologists’ research on the burial site of a woman who lived about 7,000 years ago and was among the last hunter/gatherers has led to a reconstruction that will be displayed at Stockholm’s Trelleborg Museum. National Geographic has the details.

He came. He saw. He scored. Now, he’s leaving. Swedish star Zlatan Ibrahimović and the LA Galaxy have decided to part ways, according to ESPN. In two years, Zlatan scored 52 goals and tallied 17 assists in 53 games. He also had innumerable classic quotes. For this news, he tweeted, “I came, I saw, I conquered. Thank you @lagalaxy for making me feel alive again. To the Galaxy fans – you wanted Zlatan, I gave you Zlatan. You are welcome. The story continues…Now go back to watch baseball.”

Listen up for Klara

A new Swedish voice is meant to be heard. Klara, who was born in Sweden and lives in London, released the single “Voices” about a month ago. And her debut album is expected to arrive in early 2020. Wonderland magazine shared a Q&A with the up-and-coming singer/songwriter.

Gothenburg in the spotlight

CNN Travel asks in a recent headline: “Is this the world’s most forward-thinking city?” “This” in this case is Gothenburg, and this is a story worth checking out.

Voi, a Swedish e-scooter company, announced that it raised $85 million. The firm, according to Yahoo!, has launched in 38 cities in 10 European countries since it started in 2018. No word on if – and when – it will be entering the U.S. market.