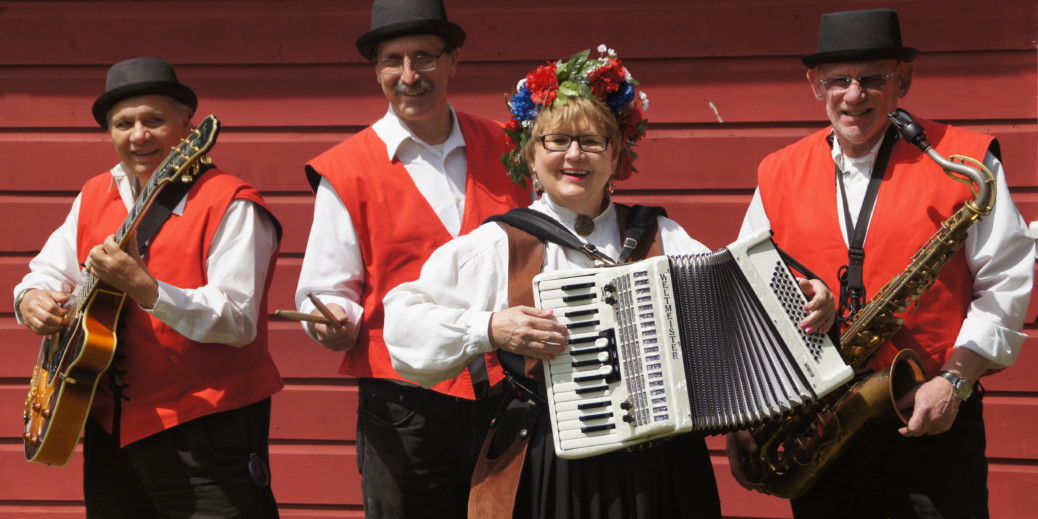 As a kid, Ellen Lindstrom came across her first accordion when her mom instructed the children to play in a backroom and not make any noise while visiting a Swedish family’s home in Long Island.

Needless to say, the accordion was a bit loud.

“I’ve been making noise ever sense; and that’s the truth,” Lindstrom joked.

Lindstrom is the face and beloved accordion player behind The Swedish Meatballs, a five-person band known for playing upbeat, toe-tapping Scandinavian music at U.S. festivals and events. She’s been playing the accordion all her life.

Lindstrom has strong Swedish roots. Her mother emigrated from Stockholm. Her father was born in Aland, Finland, a Finnish island in the Baltic Sea, where inhabitants still speak Swedish. At 16, he joined the Swedish Royal Navy and later transferred to the United States Merchant Marines, moving to Brooklyn with Lindstrom’s mother. The couple had three children, including Lindstrom, and eventually relocated to Long Island.

Lindstrom’s father recognized her accordion talent, and she began taking lessons with Walter Eriksson, a beloved musician and composer worldwide. Lindstrom even calls him the “Godfather of Swedish Accordion Music in America.”

As she practiced, Lindstrom would listen to records from Sweden and learned traditional Swedish music. By 14, she was playing at different Scandinavian lodges, organizations and parties. Some weekends she would have as many as four gigs.

“Kostervalsen was the first tune I ever learned as a child,” Lindstrom said. “I always play it as my first opening number now.”

The idea behind The Swedish Meatballs came somewhat organically about 15 years ago. The group began playing at nearby IKEA stores, first in Conshohocken, Pa., then in places like Brooklyn, Long Island and Paramus, N.J., and introduced themselves as the “IKEA Swedish Meatballs.” Lindstrom has performed at the Elizabeth, N.J., location for about 15 years and even met IKEA founder Ingvar Kamprad there. IKEA kept inviting the group back, and Lindstrom began playing at other festivals.

A few years ago, she started ordering business cards at her fulltime job and thought she would make cards for the band. The business card supplier suggested the band should have a website. Lindstrom bought The Swedish Meatballs domain, and the rest is history.

The Swedish Meatballs regularly play at festivals throughout the New York Tri-State and New England areas. For most shows, Lindstrom wears a 125-year-old costume she received from an aunt on a trip to Finland in 1969.

Lindstrom credits a passion for Swedish culture and a joy for entertaining as motivators for her energetic performances. The Swedish Meatballs’ tagline sums it up well: “We go the extra smile.”