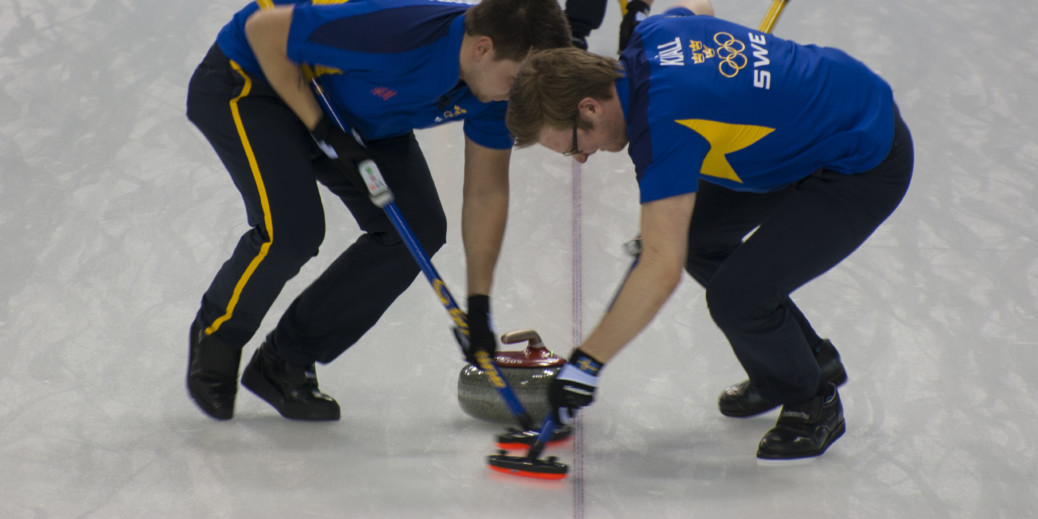 Niklas Edin, Sweden’s flag bearer at the Parade of Nations at the Winter Olympics, made an impression on Huffington Post Canada, which tabbed his black and gold parka as the top look in its 10 best and most surprising outfits.

So, just who is this fashionable Olympian?

Edin is the skip, or captain of Sweden’s men’s curling team, which Sports Illustrated projects will win the silver medal at the Pyeongchang Games.

This will be the third Olympics for Edin, who led his team to a bronze medal in Sochi in 2014. Sweden went 8-0 in the preliminaries and was the top seed in the four-team playoffs but fell to Great Britain in the semifinals before beating China for the bronze.

During the 2016-17 Pinty’s Grand Slam of Curling season, he became the first non-Canadian to win tour (his team won three times), leaving The Edmonton Sun to say that Edin was making a strong case to claim the title of “King of Curling,” which traditionally goes to a Canadian.

Off the ice, Edin told World Curling.TV in its “Grab a cab with” series that he is a bit of a neat freak and likes rock music.