Swede-up of the month: Koenigsegg 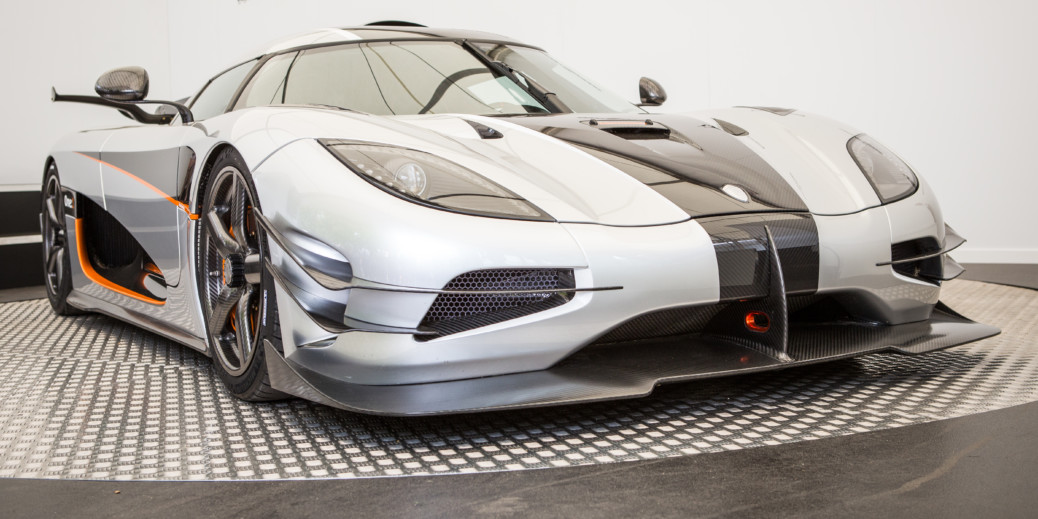 Swede-up of the month: Koenigsegg

A truly great startup story is based on a passionate founder, a revolutionary product and impressive market success.

Most people think of tech companies as startups, but any company can fit the bill of an innovator forging into new territory. This month’s Swede-up of the month is a perfect fit.

In a relatively short period of time, Koenigsegg has become a world-famous, universally respected object of extreme desire for almost every gearhead on the planet. Its founder, Christian von Koenigsegg, is considered a bit of a mad genius. Then again, aren’t all of the greats?

In a country renowned for building some of the safest, most conservative cars on the planet, one man decided to change all that back in 1994. Von Koenigsegg became obsessed with building the ultimate performance car. And he’s been doing it for more than 20 years. And he’s only 43 years old (he’ll celebrate his 44th birthday on July 2).

Most of the time when a kid becomes obsessed with something, it’s a passing fancy. But when 5-year-old Christian saw a movie about a local bicycle repairman making his own race car in the Norwegian film Flåklypa Grand Prix, the groundwork was laid for a revolution in the world of supercars.

A year later, Koenigsegg drove a go-kart for the first time, and he remembered it being one of the best days of his life. That feeling was so powerful it guided him to a life of motorsports.

At the ripe age of 22, he started building his first supercar – the CC prototype that he and his team started in 1994 and finished in 1996. The motor was a 4.2 liter v8 borrowed from an Audi, and it was slapped together to form a raw, pure car; it was the beginning of something special. At an age when many people are just leaving university, barely getting ahead in their careers or still partying a bit too hard, Van Koenigsegg built a powerful, revolutionary and fully functional vehicle. He showcased it at the Cannes Film Festival and received rave reviews.

After eight years in the developmental stages, the CC8S became the first Koenigsegg released. At the time of its
release, it was not only the most powerful car (655 horsepower, 240 mph) in the world, but was also a pioneer of multiple technologies that have become legendary in the supercar world. From the dihedral synchro helix actuation doors (doors that open in a spiral from horizontal to vertical) to the detachable and stowable carbon fiber roof, the CC8S was a game-changer and put Koenigsegg on the map. Jeremy Clarkson of Top Gear fame said it was his favorite supercar of CCthe year, beating out kings like Ferrari and Lamborghini.

Koenigsegg dreamed of achieving the world record for the fastest production car (388 km/h) and his next car, the CCR was born.  When the time came for the third generation of Koenigseggs, only the most advanced design and construction techniques were used. Koenigsegg went 100% digital.  From CAD to CNC cut pieces, this newest model was fit with everything necessary for it to be sold all over the world.  It met American safety standards, the toughest environmental regulations and officially opened Koenigsegg to the global marketplace.

Through intelligent decisions, amazing products and top quality construction, Koenigsegg has done what almost no person has attempted to do. He has created a world class supercar brand with global sales and multiple awards all while pushing the boundaries of what an automobile can do. And nothing has pushed the limits more than Koenigsegg’s latest creation.

Before we talk about his latest masterpiece, we have to understand there are a couple of important factors to consider: horsepower and weight. Together these make what is called the power to weight ratio. In short, if your car is heavy and doesn’t have much power, it can’t move very quickly. If you drop the weight, you can make the same amount of power move the car faster. If you drop the weight and increase the power, you get some pretty fast cars.

For an idea of how some other cars stack up, let’s look at a couple of simple examples.

Koenigsegg’s latest creation has a ratio of 1:1. That’s 1 horsepower for every KG of weight. It’s the first time in history a car has ever been that powerful and that light. To celebrate it, Koenigsegg decided to call the car the One:1.

The new One:1 has the same power to weight ratio as military fighter jet.  With over 1300 HP, It is faster than any production car on the planet. This car holds the world record for the fastest time from 0-300km/hour and back to zero again. The previous record holder was a Koenigsegg.  The One:1 does it in just under 22 seconds.

As new as the company is, Koenigsegg has built a name for itself. A Koenigsegg was responsible for the biggest speeding ticket (242 mph). Jay Leno is one of its biggest fans and boxer Floyd Mayweather paid $4.8 million for one.

We hope that Christian von Koenigsegg continues to push the boundaries… and let’s us test drive his next model.