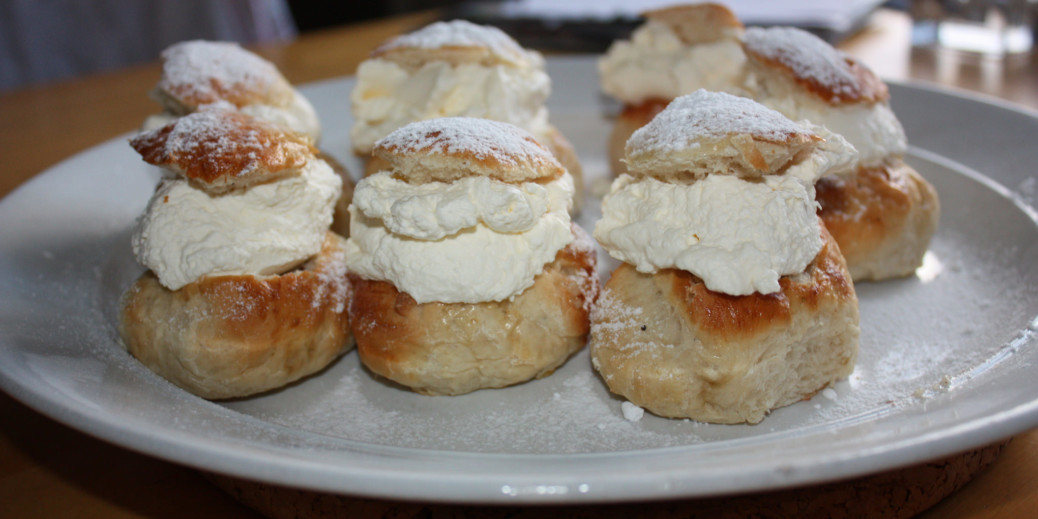 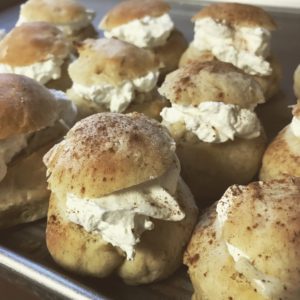 Some people call it Fat Tuesday, others call it Mardi Gras or Carnival, but for Swedes, Fettisdagen celebrations are on the Tuesday before Ash Wednesday, a day of fasting and the first day of Lent in Western Christianity.

Since “fett” (fat) is at the root of Fettisdagen, obviously, rich, delicious food is enjoyed on this day. In other parts of the world, the Tuesday before Lent is also referred to as White Tuesday or Pancake Day.

If you’re keeping up, the trend is bread – hearty, delicious, carbohydrate-filled bread.

In Sweden, semla, an almond paste-filled roll, is the celebrated dish of the day. We’ve previously dished about semlor, but if you appreciate a little bit of culinary history, here’s something you may not know about the tasty treat. You’re probably familiar with the cardamom-flavored bun with almond paste filling and whipped cream, but did you know that one of the original iterations of the dessert was served in warm milk? Hetvägg is a riff of semla, which is simplified, served in warm milk and topped off with a sprinkle of cinnamon (and apparently, King Adolf Fredrik died after he ate 14 servings of his favorite dessert).

We took a stab at making The Local’s version of semla, and we’ve got to say, we’re pretty excited with how it turned out.