While Swedes first touched down in America in the 17th century, almost a century later, in the mid-1800s, a mass immigration occurred, with most settling in the Mid-Atlantic. And while millions soon would head west to Illinois, Minnesota, 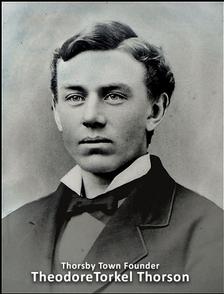 Nebraska and eventually California, three Swedes decided to head South to establish the “Scandinavian Settlement of the South,” Thorsby, Alabama.

In 1865, Theodore Thorson, John Peterson and John Hedberg, along with Norwegian K.G. Faegre, founded the Town of Thorsby and declared it a promised land. After forming the Concordia Land and Improvement Association, they advertised Thorsby as a “utopia,” because of the warmer climate that was ideal for farming, according to the town’s website.

Today, much of the original architecture still stands, and the town of Thorsby continues to celebrate and honor its Scandinavian heritage. 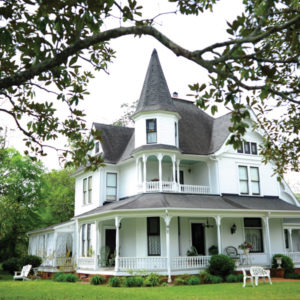 The Home of Theodore and Emma Thorson

The original 12-room home with more than 5,500 square feet Thorson built for him and his wife in the 1890s still stands. Today, it is a private residence and has been owned by several generations of the Woods family after being purchased in 1918, according to Peach Living Magazine.

The Helen Jenkins Chapel is one of the few Scandinavian churches remaining in Alabama, according to AL.com. The church originally was called the Norwegian Lutheran Church, which was actively used from 1897-1916.

In 1906, Thorsby Institute, the first high school in the county, was built. In 1957 it became a public school and was renamed Thorsby High School, which still serves as the local high school today.

Each October, the Town of Thorsby honors its Scandinavian heritage during its annual Swedish Festival. The day-long event features several activities, including a parade, car show, 5K Viking run and a beauty pageant along with local produce, merchandise and more for sale at the Festival Booth.

This year’s Thorsby Swedish Festival will celebrate its 30th year on Saturday, Oct. 12.