Svenskamerika – Fourth Stop in Our Series 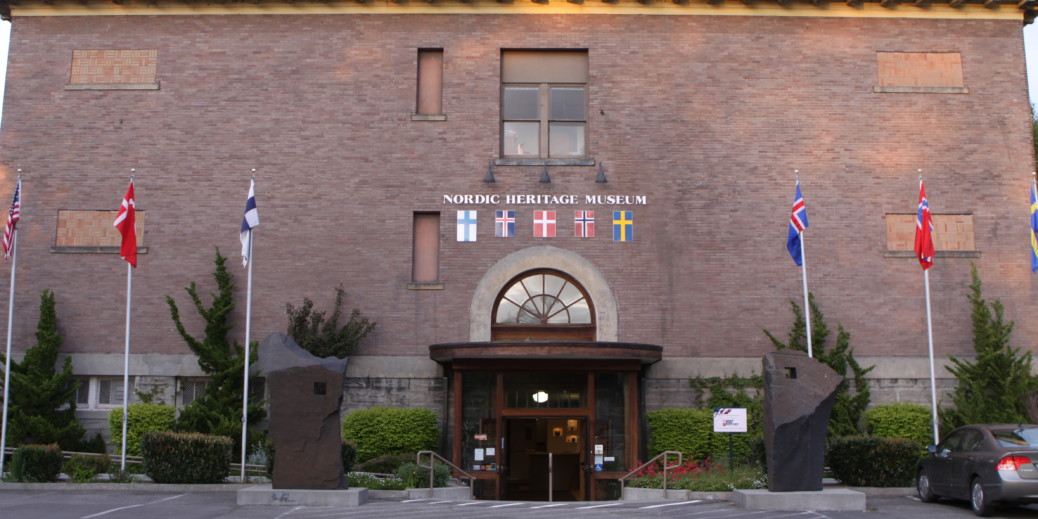 Svenskamerika – Fourth Stop in Our Series

As the hazel grouse flies, Seattle is a long, long way from Stockholm – some 4,714 miles away.  Getting to the Pacific Northwest from Sweden means a long voyage across the Atlantic, then once you get your land legs, you’ve got a transcontinental trek in front of you over mountains and fields, forests and rivers. No matter. For thousands of Swedes around the turn of the 19th century, the excursion – about one-fifth the circumference of the earth – was not prohibitively long. These were stouthearted Swedes after all, and by 1910, some 150,000 Scandinavians had made the journey all the way to the Pacific coast. Among them, some 10,000 Swedes would settle in the Seattle area, forming the nucleus of an enduring Swedish presence in the city, one that lives on today.

For five generations, Swedes have left their indelible footprints all about Seattle. And unlike Sasquatch, whose traces are as ephemeral as summer puddles on Pike Street, the vestiges of Seattle’s Swedish heritage are not hard to find. The city’s history and culture, its neighborhoods and food all carry with them today an unmistakably authentic Swedish flavor.

Immersing yourself in Swedish heritage may best begin at the Nordic Heritage Museum, which is fittingly located in Seattle’s most pronounced Swedish neighborhood of Ballard. For more than 35 years, the museum and cultural center has kindled connections to the earliest life of settlers from all five Nordic countries. Its permanent collection, 77,000 items strong, includes the age-old objects that families brought with them over the decades from the Old Country – furniture, clothing, artwork and the accoutrements for daily living. Among the prized items is a Swedish painted trunk from 1702 and an authentic Faroese Clinker Craft “Viking Ship.” The museum also boasts the Gordon Ekvall Tracie Music Library, a cultural treasure trove dedicated to traditional music and dance.

The museum has a room dedicated to each of the five countries, and in the Sweden room visitors will find a scene out of an immigrant’s home life, a room decorated in typical Swedish fashion adorned with flowered wallpaper and lace curtains, as well as a visit back in time to the Swedish Hospital, which dates to 1910. The room also honors Carl Wallin and John Nordstrom, founders of Wallin & Nordstrom, a shoe store started in 1901 that would become the retail giant Nordstrom, as well as other local luminaries of Swedish ancestry.

The Nordic Heritage Museum also takes pride in bringing Scandinavian traditions alive within the community. It offers regular classes in ornamental woodworking, a Viking summer camp for the kids, a once-a month Nordic knitting group as well as a variety of knitting classes throughout the year, including the Swedish Sami Knitting conference this October.

For the more gregarious, there’s an upcoming evening of Nordic Beer Tasting & Drinking Songs (June 19). Sample the hops, malt and barley that go into beer making, and set your toes to tapping along with some traditional Norse drinking songs. Think of it as a Swedish version of karaoke. (More information here.)

Later this summer, there will be fun for the whole family during the weekend-long Viking Days festival August 20-21. Start your day with Swedish pancakes, followed later in the day with alder-smoked salmon BBQ, goodies from the Scandinavian food hearths and grilled sausages and craft beer in the Valhalla Beer Garden. The larger-than-life Viking Encampment features exhibitions in weaving, weapon-making and war. And plenty of Nordic music, craft making and children’s activities will fill the weekend.

The Nordic Museum is not the only Seattle icon preserving Swedish history and culture. The local Swedish Club, whose roots trace to 1892, helps local residents with Scandinavian roots – or those who simply may be Swedophiles – stay connected to each other and Swedish traditions. The club hosts a monthly calendar packed with events. Every Friday there’s the Swedish Kafé and happy hour where Chef Ann-Margret Lightle offers up authentic Smörgås sandwiches, Swedish meatballs and homemade pastries. Tuesday nights are sing-alongs with the Svea Male Chorus and the Swedish Women’s Chorus. All levels of Swedish language classes are offered each week, and so are sessions in genealogical research led by the Swedish-Finn Historical Society. And if you’re in the mood for a polka, waltz, hambo or schottis, check the calendar for folk dancing nights, including the upcoming evening featuring live music with the TinnFelen Hardanger Fiddle Ensemble.

If dancing is your thing, make sure to check out the Skandia Folkdance Society whose twice-monthly dance parties fill the nights with traditional Scandinavian tunes. And if your hambo is a bit rusty, SFS offers dance classes for all levels each week. One of the highlights of the year is the Midsommarfest, a traditional Swedish festival celebrating the summer solstice. (This year on Sunday, June 26.) The event features the raising of the Midsommar pole, festooned with garlands, a serpentine dance around the pole and hundreds of costumed musicians and dancers.

No overview of Seattle’s Swedish landscape would be complete without mention of Scandinavian Specialties – one part grocery, one part novelty and homewares shop and one part café.

A fixture in the Ballard neighborhood for more than a half-century, Scandinavian Specialties offers both imported foods and goods as well as those made locally. You can stock up on gooseberry preserves, Grandpa Lundquists Glögg concentrate, Abba fish balls, Kungsörnen Pancake and Waffle mix and lots of other goodies that mormor used to make.  There are shelves of books and CDs, Swedish flower-patterned dinnerware, various novelty gifts (need a Sweden-shaped candy dish?) and all manner of items adorned with the Swedish flag. Next door at the café, the open-faced salmon sandwich with lox and egg salad is a local favorite, but save room for dessert – the verdens beste kake (a double-layer cake with almond meringue and a vanilla custard cream center) may explain why the staff always seems to be in a happy mood.

Even if you don’t have to travel 4,714 miles to get there, Seattle’s Swedish roots are well worth the trip.