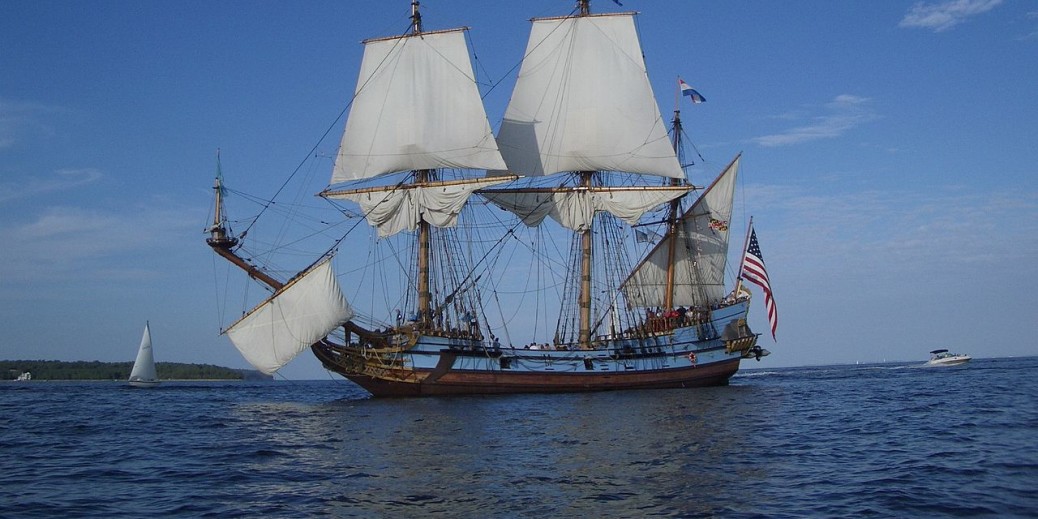 More than a century before the mass migration of Swedes to the United States began in the mid-19th century, the first Swedish boots touched down on American soil with much less historic fanfare than their contemporaries.

Unlike other European powers who sent waves of emigres seeking religious freedom or economic opportunity in the New World – the Dutch in New York, the British in New England and Virginia, the Spanish in Florida – Sweden took a more practical tact, at least initially. The expedition that brought the first Swedes across the Atlantic was mostly seamen and soldiers, charged with building and securing a fort that would serve as sanctuary for the settlers who followed.

That initial expedition set out in 1638 aboard the Kalmar Nykel, a three-masted square-rigger called a Dutch Pinance that served as both gun-boat and merchant ship. The crew was largely Dutch, but the two dozen or so soldiers on board were a mix of Swedes and Finns. Organized by the New Sweden Company, the enterprise sought to lay claim to land near the Delaware River, a colonial outpost from which the settlers could operate fur trading and tobacco farming operations.

Under the leadership of Governor Peter Minuit – yes, the same Dutchman who is credited with purchasing the island of Manhattan – the excursion party established the first permanent European settlement in the Delaware Valley, which they called Fort Christina after the reigning Swedish monarch. The colony eventually would expand beyond what is present day Wilmington, Delaware into parts of New Jersey and Pennsylvania and thrive autonomously until a series of conflicts brought it under Dutch and later British control. By 1655 New Sweden ceased to exist as a colony, at least a Swedish one. Even so, the region today proudly wears many of the vestiges of its Swedish heritage.

Among the most visible is the new Kalmar Nykel, a full-scale recreation of the original that was launched in 1997 and since has served as a floating classroom, helping visitors recreate a 17th-century sea-in-the-face experience. The new Nykel sails daily from its berth in Wilmington (and other Mid-Atlantic ports) from April through October, logging some 3,000 nautical miles annually and proudly serving as a seagoing goodwill ambassador for the state of Delaware.

A Step Back in Time Two of the oldest surviving structures from the New Sweden era provide visitors with an authentic look back into pre-revolutionary days in the region. The Old Swedes Church, built in 1698-99 by some of the descendants of the first settlers, is the oldest church in the United States that remains standing in its original form and is still in use for regular worship. Its centerpiece is the black walnut pulpit, fashioned with planks and logs donated by some of the earliest parishioners. Through the gates is the burial ground, the final resting place of some 5,000 people whose stories over four centuries are told through the diversity of Nearby is the Hendrickson House, originally constructed in 1690 in Chester County, Pa., it was moved some 250 years later to its current site beside the church burial grounds. Home to Andrew and Brigitta Hendrickson, both of whom were born in New Sweden, the house gives visitors a glimpse into the turn-of-the-century life of the region’s immigrants, a blending of Swedish and American styles.

Beyond Wilmington, there are many more opportunities to taste the Swedish influence in the Mid-Atlantic. A great place to start is the downloadable map provided by the New Sweden Centre featuring 30 different sites of Swedish Heritage, including the American Swedish Historical Museum in Philadelphia, the Swedish Plank Cabin in Hancock’s Bridge, N.J., and the Mouns Jones House in Douglassville, Pa.  You can download a PDF of the map here.