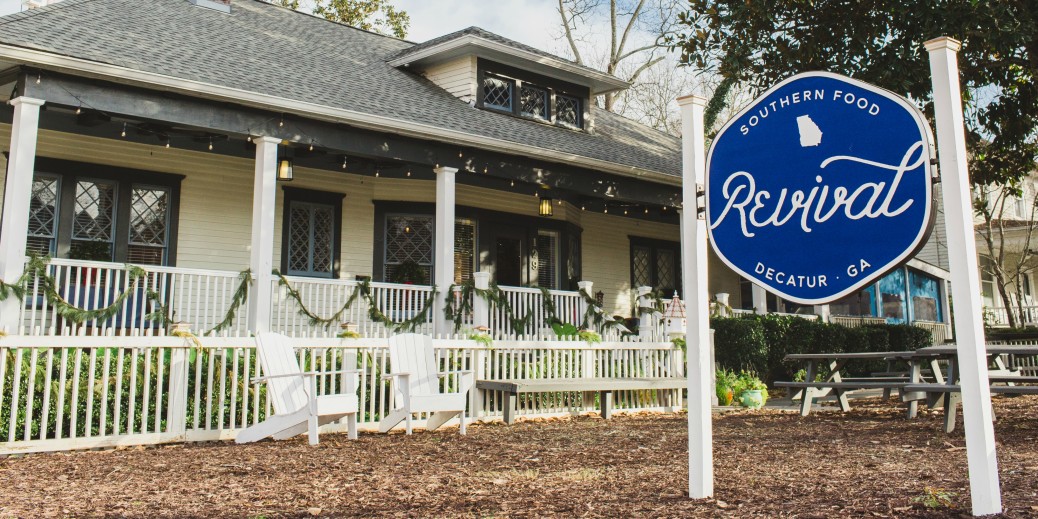 ATLANTA – One might think they’ve been transported to their grandmother’s living room when they step into Revival, metro Atlanta’s newest restaurant that excels at Southern cuisine. Aromas of bacon and butter immediately tempt your nose when entering, and the dining room’s rustic influences conjure feelings of nostalgia. Amongst the cornbread and grits, you would expect a seasoned Southern chef at the kitchen’s helm. Alas, Andreas Müller is a Swede.

“I fell in love with Southern food when I arrived here,” Müller said.

Müller grew up in Kristinehamn, Sweden and spent summers with his grandparents in Norway, where he was first introduced to the kitchen and cooking. He moved to Atlanta at the age of 15 with his mom.

“The fashion, the food: It was night and day,” Müller said. “The high school in Atlanta had as many people as my town in Sweden.”

Müller eventually found his way to Le Cordon Bleu College of Culinary Arts in Atlanta where he studied to be a chef. He later headed to Point Clear, Ala., for his first culinary job at The Grand Hotel Marriott Resort on Alabama’s Gulf Coast.

In 2008, Müller moved back to Atlanta to take a position at the Woodfire Grill, where he met famed Top Chef Season 6 runner-up Kevin Gillespie. The two hit it off professionally, and two restaurants later – Gillespie sold his stake in the now defunct Woodfire Grill to start Gunshow – Müller helped Gillespie launch Revival in 2015.

Revival celebrates Gillespie’s childhood growing up in Henry County in Georgia. The menu features Southern staples like fried chicken and collard greens, as well as classics with a modern twist, such as deviled ham tea sandwiches and Coke-braised short ribs. For parties of more than four, Revival recommends choosing family style, in honor of the many Gillespie family meals around their grandparents’ table. Diners choose their entrée and dessert, and Revival will fill the table with sides, or “trimmings,” and most importantly: cornbread – his grandmother’s recipe.

While the menu is unapologetically Southern, you can find some Swedish influences amongst the lemon icebox pies and kale salads. “There are a couple of Swedish touches. I really love dill,” Müller said.

Which explains the sweet carrot, honey, vinegar and chopped dill option. Müller sometimes makes cardamom buns for the restaurant, too.

While Müller has found a new home in Atlanta he does miss certain aspects of Sweden.

Good thing for us, he’s planning to start high noon teas and fikas at Revival this spring.