The Sweet Sounds of Sofia Talvik 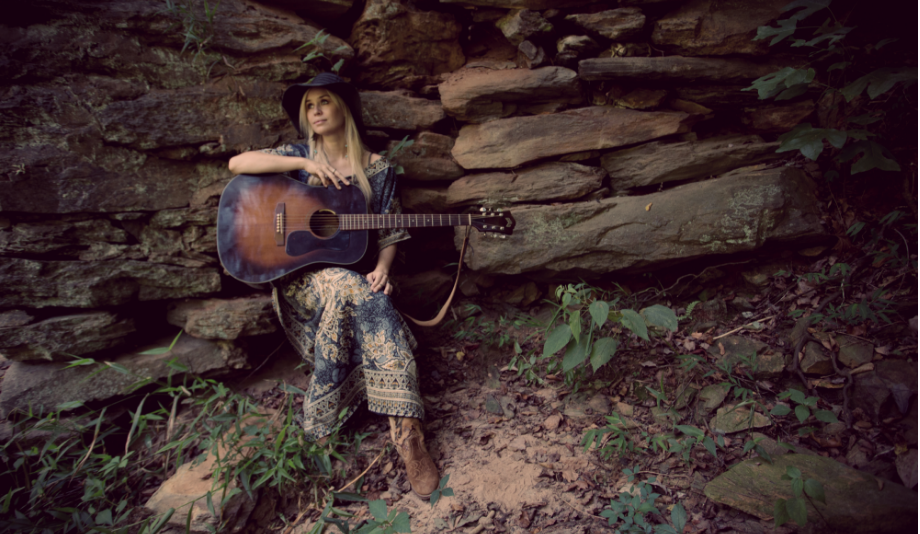 The Sweet Sounds of Sofia Talvik

Over the past few years, Sofia Talvik has seen more of the United States than most Americans could ever fathom.

Sitting inside “Little Chief,” the 1989 Winnebago Warrior that has become a home away from home for she and her husband, the soothing Swedish songstress who draws comparisons to Joni Mitchell is just days from wrapping up her latest American tour: 29 shows in 49 days, starting in New Orleans and meandering to an end this week with a date in Akron, Ohio followed by Pittsburgh and Shippensburg, Pa.

This is the third tour for “Little Chief” – including an early 2016 American visit from Feb. 7-March 18 – who will be left at a friend’s house until his owners return to the States to add more miles to the 220,000 he already boasts.

“We found him down in Florida,” Talvik said from Ohio this week. “My husband always says that’s where RVs go to die.”

When Talvik and her husband Jonas Westin, who manages and books shows, return to the United States in 2017, there only will be five states they haven’t been. Five.

They’ll knock Vermont off the list in the spring, and they’re looking to book a show in West Virginia. That will leave Alaska, Montana and North Dakota.

Talvik hit 37 states during a 16-month, 250-show tour that ultimately provided the inspiration for her sixth album, 2015’s “Big Sky Country.” Talvik and Westin drove another RV, a bigger RV than “Little Chief” they never got around to naming, until it died on that tour – a tour that introduced them to different places, new people and new inspirations and the heart of America.

“It’s just been great getting to know America, basically through the smaller cities,” Talvik said. “It’s such a wonderful country because it’s so diverse.”

Passionate about traveling, Talvik applied for a two-year artist visa and began booking shows and staying where it wasn’t too cold. Between shows, she and Westin often parked their RV in a friend or fan’s driveway and stay the night, sometimes taking advantage of a nice breakfast inside an actual home the next morning.

The 16-month journey was filled with mixed emotions. It made a lasting impact, some of which was captured in the album’s title track.

“I write about stuff that I experience, stuff that I feel,” Talvik said. “So, the new album was a lot of stuff that we did and people we met.”

“Big Sky Country” was rated as the fourth-best country album of the year by The Telegraph, quite a feat for a Swede playing Americana music who hasn’t toured much in the UK.

“I was shocked and very happy, of course,” said Talvik, who frequently tours in Germany, Denmark, Austria and Switzerland.

She’s grown used to being compared to Joni Mitchell. Others have said she sounds like Jewel. Countless others associate her with this musician or that one.

“It’s hard to compare yourself to someone else because I don’t think you can hear yourself like others hear you,” Talvik said.

After releasing her first album, “Blue Moon” in 2005, she and her backing band at the time found a bit of fame in 2008 when they were chosen to play at Lollapalooza in Chicago – she was the first Swedish female artist to play the festival. Despite getting only a 30-minute set on the same stage that Radiohead would rock hours later, Talvik was praised by a reviewer for the Chicago Music Guide who wrote, “While the accompanying music was excellent, it was difficult not to get lost in Sofia’s fairy tale-like lyrics.”

Talvik said the experience was “crazy because I hadn’t really toured much before that.” Super-hectic, but a lot of fun, she added.

Even after Lollapalooza, she still had a day job and worked as a graphic designer in Stockholm. Talvik met Westin, who was a motion graphic designer, and in 2011, they quit their jobs.

“I converted him,” Talvik joked. “My music was a little lame with him [in the beginning]; he quit his day job to go on tour.”

Together, they’ve toured Texas more than any other state, including playing SXSW a handful of times. Among the many American cities and towns they’ve seen, Talvik highlighted Idaho because of the nature and wilderness and New Orleans.

Next week, they’ll board a flight home for Germany – they now live in Berlin – where she will play 10 dates to end the year.

Talvik will return to Sweden, where her father and brothers still live, at Christmas, which has inspired a tradition: Each year, she releases a new song at Christmas, but far from the typical holiday song.

“I’ve never been a big fan of super-happy Jingle Bells Christmas songs myself,” Talvik said. “It was important for me to find the other side of Christmas.”

What started out as a charity project has turned into a yearly present for her fans. Last year’s “Cold Cold Feet” was inspired by the likes of Bruce Springsteen and Jason Isbell writing about the working man.

“How many songs are written about the working women trying to provide for their kids and their family?” Talvik said.

A Christmas album planned for this year has been shelved until 2017. After all, there’s only so much time when you’re constantly on tour sharing your passion.

Talvik and Westin will return to the United States for a tour next fall. They’ll reunite with “Little Chief” and drive from town to town, soaking in the stories, successes and struggles of the Americans they meet.

And she’ll sing, beautifully, about it all.