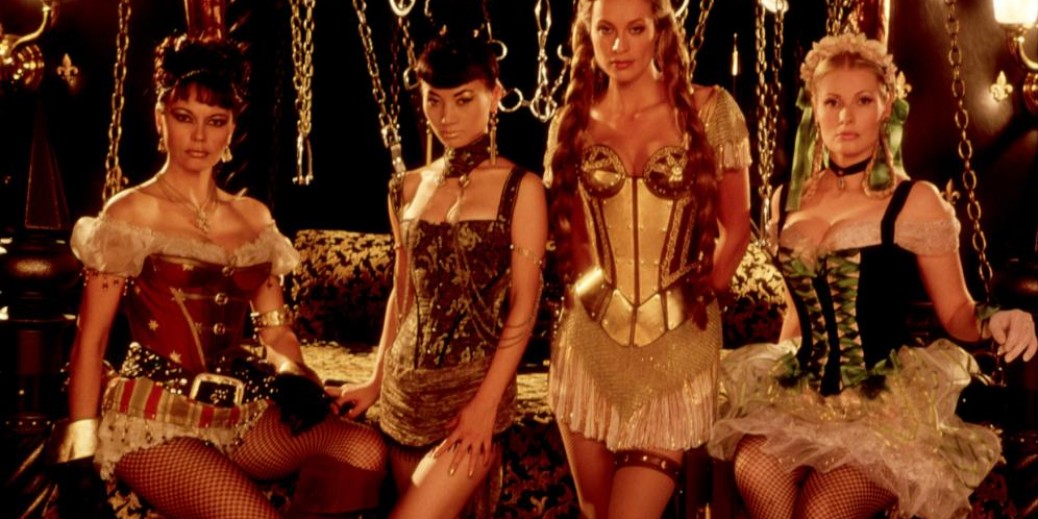 At a press event at Cannes Lions in 2016, Will Smith singled out his 1999 movie “Wild Wild West” as a low point of his career.

The movie, which starred Smith, Kevin Kline, Salma Hayek and Kenneth Branagh, grossed more than $200 million worldwide but generally was panned by critics. While the movie may have been a mistake for Smith, it was the chance of a lifetime for an aspiring Swedish actress and ultimately led to a remarkable career behind the camera.

“It was amazing,” said Sofia Eng by phone from Los Angeles. “It was one of those lifetime experiences.”

Eng was a 27-year-old model/actress when she landed the role of Miss Lippenrieder, one of Dr. Arliss Loveless’ mistresses. Rather than landing more roles in big movies, Eng has had a hand in making stars of other people as a casting director of various shows, including “Svenska Hollywoodfruar” (“Swedish House Wives”) and “Allt för Sverige” (“The Great Swedish Adventure”).

Growing up in the Stockholm suburb Mälarhöjden, Eng was glued to American shows like “Dallas,” “Falcon Crest,” “Dynasty” and “Twin Peaks.” She rented every movie she could find with Meryl Streep and idolized Jessica Lange, Robert De Niro and Dustin Hoffman.

Eng was so influenced by American pop culture that a new teacher at her high school assumed she had lived in the United States because of her American accent.

“I kind of knew early on when I grew up in Sweden that I wanted to venture out in the world,” she said. “I was fascinated with America early on.”

When she was 14, she entered her first modeling contest. By the age of 16, she was discovered and began working for her first agency. At 18, she decided she wanted to act and joined a small theater group at school. Eng was cast as one of the leads of a play, an old woman. Her father came to the play and couldn’t understand that the girl dressed as the old woman was actually his daughter. After the show, Eng remembers her father saying: “Congratulations, I think you found what you should do in life.”

With that encouragement, Eng applied to acting schools in Sweden, Los Angeles and New York, and chose to attend school in New York.

Eng joined Ford Models, and at the same time, studied acting for four and a half years.

Her fourth professional audition was for “Wild Wild West.”

“I was so nervous at the audition, I was like, ‘I can’t do this,’” said Eng, who thought about passing on the opportunity in large part because of her Swedish modesty. “The only reason I stayed was because I didn’t want to embarrass my agent, even though I was about to throw up.”

On the side, Eng worked for a Swedish makeup line to support herself and recorded a client with a German accent so she could mimic the accent for auditions with the director, producer and others in Canada and Los Angeles.

Eng recalled that “they wanted a name” for Miss Lippenrieder, a beauty with a German accent. After several weeks, she got the call of a lifetime.

“I was so lucky they didn’t forget about me,” Eng said. “I had to pinch myself: Is this really happening to me?”

Soon, she was shaking hands and meeting the likes of Smith, Kline, Hayek and Branagh.

Eng has fond memories of her famous co-stars.

Although celebrity doors began to open – including being invited to “every party” – her acting career began to close.

She was a newcomer in an agency of bona fide stars and often was sent for auditions that didn’t seem to be matches. After “Wild Wild West,” she also was going up against bigger stars. She went where she was told.

“If it were today, I would have been so different,” Eng said. “Back then, I was very Swedish: Don’t have elbows. In Sweden, you stand in line. You wait for your turn. That’s what I did. I stood in line and waited. You can’t do that in L.A., you need to be pushy.”

Eng said she auditioned for a part in “Zoolander” that went to Milla Jovovich and picked up some small independent movies that never got made because financing was pulled or other reasons. She began getting anxious about auditions, and her stage fright increased.

“I loved the craft,” she said. “The auditioning part of it in L.A. killed it for me. After a while, it wasn’t fun anymore.”

She transitioned by teaming with fashion designer Anine Bing to conduct celebrity interviews on red carpets, premieres and other events, chatting it up with the likes of Hugh Grant, Will Ferrell and Hoffman for a show that ran for 14 episodes back in Sweden.

A new door opened when Swedish production company Friday TV was opening an office in Los Angeles. Needing a job, Eng helped the company set up its operations, and the company found that Eng knew everyone in Hollywood.

She started to collaborate with Friday TV, and she soon was helping recruit four Swedish housewives in Los Angeles for what would become “Swedish House Wives.” Originally, no one in Sweden was interested in the idea of the show.

“TV3 bought it, and I didn’t think much of it,” Eng said. “After the first episode, it became a huge success in Sweden. It became the biggest show ever on that channel.”

Eng then began helping cast for similar shows in Norway, Denmark, Belgium, Spain, the Netherlands and Poland. For two years, she focused on meeting with European housewives, often spending half a day in huge mansions with closets bigger than her old pad in New York, where she slept on the couch while a friend stayed in her room.

Among her recruits was Maria Montazami, who became a breakout star in Sweden and has parlayed it into her own wine label, wine glasses, lipstick and other products.

As casting director for Meter Television AB, she also was enlisted to help develop “The Great Swedish Adventure,” a reality show that brings Americans who have Swedish roots but have never visited to Sweden to compete in tasks with the winner getting to meet their relatives.

“No, I didn’t think it was going to be so big to watch,” said Eng, who still owns an apartment in Stockholm. “You don’t think of young people being interested. I was actually surprised it became so big.

“This is my favorite show I have ever cast. I get goosebumps. For these people to go, it’s going to change them forever.”

The show now is casting for its eighth season. And Eng’s fingerprints – from casting the contestants to serving as their counselor – are all over that show and many others, including

“Ex on the Beach,” “Masterchef Sweden,” “Biggest Loser Sweden,” “Top Model Sweden,” and “Kockakademin,” a new chef show in Sweden, among others.

Nearly 20 years after her big break on the screen, Eng has few regrets about her career behind the scenes.

“I fell in love with being a casting director,” she said. “It’s more fun making a star than being a star.”