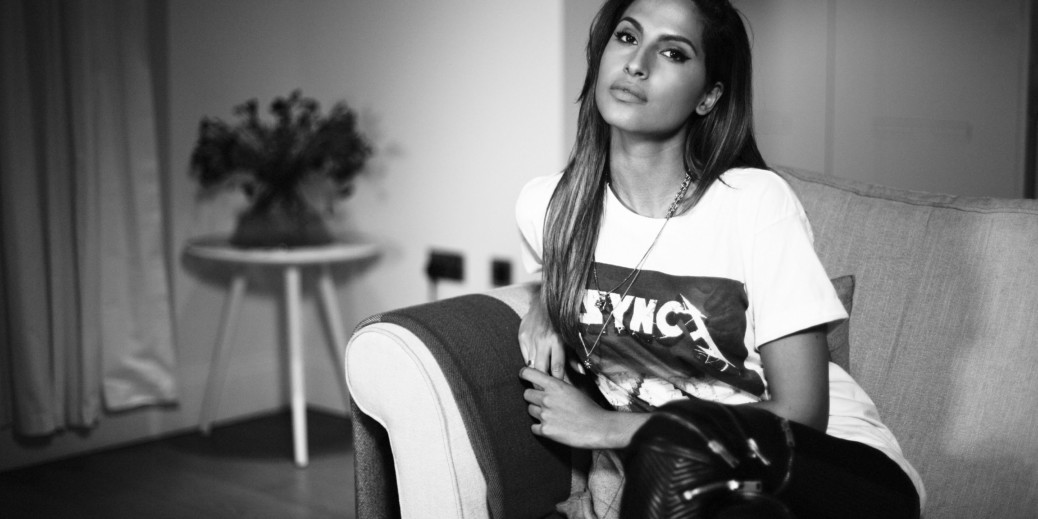 Sweden has provided us with many musical sensations, mostly in the pop genre, but we haven’t seen as many Swedish R&B artists.

Snoh Aalegra is a Los Angeles-based singer/songwriter from Stockholm who’s taken the music scene by storm with her modern R&B twist on vintage soul. Scandinavian Soul calls her the “Swedish Soulstress,” thanks to her connecting her Swedish culture to modern hip-hop vibe.

Aalegra grew up in a small town in Sweden called Enköping, where she felt like an outsider because she looked different. While she was raised in Sweden, her dark hair and skin tone comes from her Persian heritage. She turned to music and wrote her first song when she was 9, though she later told Rolling Stone, her song didn’t make much sense because English was her third language.

Her love of music started early and only grew as she attracted attention from producers interested in her deep, bluesy vocals. With a lively music scene in Sweden, Aalegra told Clash, “Growing up I was the biggest fan of Max Martin and the late Denniz Pop, I still dream of working with Max Martin to this day! They serve as inspiration to me in the way they crafted melodies, and actually I think Swedish musicians have a knack for creating pop melodies.”

While Martin’s artists tend to feature a more upbeat sound, Aalegra stays true to her roots and the spirit of her hometown. In her interview with Rolling Stone, which included her in “10 New Artists You Need to Know” in August 2015, she talked about the grain in her voice coming from the gloom and melancholy she experienced in Sweden: “Growing up there we had very long winters where it was very dark most of the year, and it affects us. It’s beautiful in the summer; everybody’s so happy in the summer because there’s endless daylight, but in wintertime, we have maybe two or three hours, and that affected my music for sure. I love melancholy. I think it’s beautiful.”

Other musical influences, according to her interview with Clash, include Michael Jackson and Stevie Wonder and the soundtracks from Walt Disney and Steven Spielberg films. You can hear these influences in her music, where she’s coined the term “cinematic soul.”

Working with popular artists like Common, John Mayer and Drake, the Swedish musician is gaining traction in the R&B/Hip-Hop community for her smooth hooks and sultry vocals.

“Feels,” the first song off of Aalegra’s 2016 mini-album “Don’t Explain” was sampled on Drake’s “Do Not Disturb” ̶  the last song off of his latest album “More Life.” Aalegra told Fader her inspiration for “Feels” was her dad’s passing in 2009.

More recently, Aalegra released her song “Fool For You” in September. “Fool For You” features Aalegra’s tender vocals over soft instrumentals. Listen to “Fool For You” on SoundCloud, and keep an eye out for Aalegra’s latest projects by following her on Twitter.