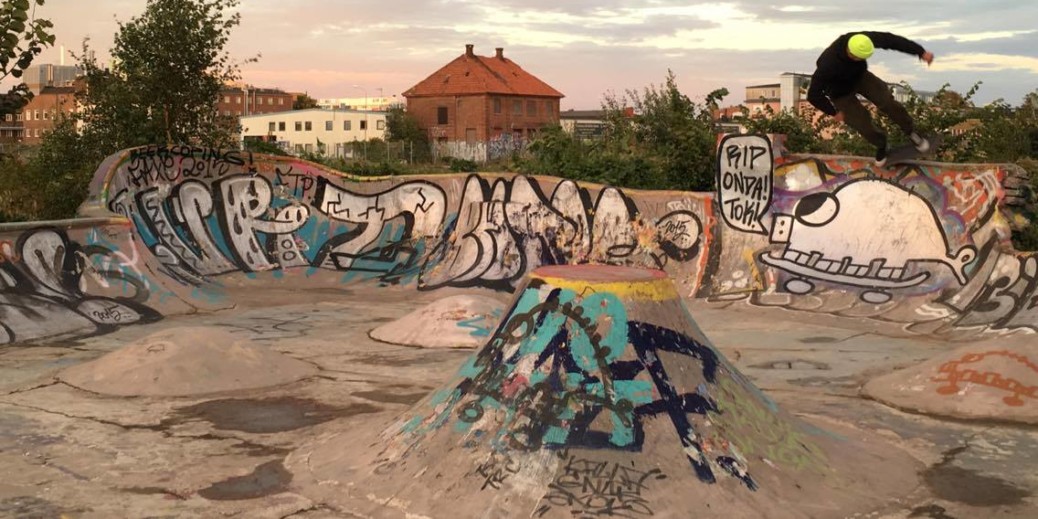 Earlier this year we caught up with Malmö’s official skateboarding coordinator, Gustav Edén, to learn how the city partners with skaters to increase the interest in skateboarding in Sweden.

Today, skateboarding is widely accepted and even incorporated into the educational curriculum. There is a high school created “by skaters for skaters” called Bryggeriet school that aims to give students a more engaging education. Skateboarding has put Malmö on the world-wide map as a skate destination.

Not only does the sport’s acceptance and open attitude benefit skateboarders, but it also has brought several social and economic benefits to the city as a whole.

In this second of a two-part interview, Edén explains those benefits and how other cities can learn a thing or two about working with the community to support skateboarding in Sweden. 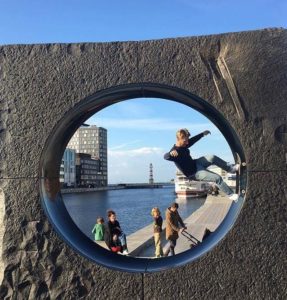 What positive effects do skateboarding culture and community have on the city’s economy?

Just look at the tourist economy from the exposure generated through skateboarding and the added attraction to the city overall. In terms of the tourist economy connected to the events, the skate competitions generate thousands of hotel visits annually and the spending associated with that. Beyond that, we have a continual flow of skaters from all over Scandinavia and the world coming to Malmö to skate our iconic spots and check out the scene, which again adds to the local economy.

In terms of exposure, only the Vans Park Series final 2016 was estimated to have generated exposure to the value of several million dollars. This is global exposure, cementing Malmö as a destination for a young generation around the globe. Beyond the events, footage from Malmö is seen in international videos all the time and the scene generates a high amount of riders that move on to have careers.

What social benefits has Malmö experienced from skateboarding?

As a city, Malmö benefits from skateboarding because it is part of the dynamic that makes Malmö attractive. For families, having the option of skate parks and a vibrant youth culture add to the reasons for moving here, and we hear a lot of stories of how people from outside of the skateboarding culture see it as a bonus that makes the city modern and relevant to them. More specifically, we have the Bryggeriet Highschool which is a high school that has skateboarding in the curriculum. People from all over Scandinavia move here to go to the school, resulting in more taxes being paid, increased spending and much more. After graduation, many students stay in Malmö and become permanent members of the scene, and that also helps to grow the city.

What are some long-term benefits you expect for Malmö?

The long-term benefits are in the young people affected by skateboarding. Skateboarding provides a free option for children who might not have the resources or the desire to partake in organized sports. The sport is not divided by age, gender or other demographics – although male participation is currently dominant, but this is starting to change. If you have a skate spot in your area in Malmö, you know you can go there at a time and meet people who share a common interest, or choose to engage at your own discretion. Skaters choose their own rules of engagement. For young people lacking positive social interaction, skateboarding can have life-changing impact. In Malmö, the relationship between the skaters and the city also means that skaters feel that the city listens to them. With that, skateboarding has huge potential to engage the very youth that otherwise may generate the highest social costs. 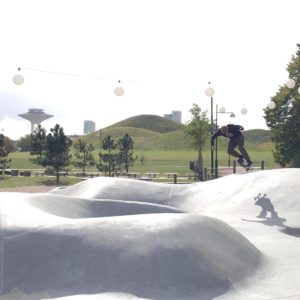 What else should our readers know about skateboarding in Malmö?

What we do in Malmö for skateboarding is by no means impossible to replicate in other parts of the world. Trends within town planning and architecture have been moving toward creating multifunctional, active spaces for years and is by no means a new phenomenon. It’s pretty accepted in a lot of parts of the world, and skaters may be surprised at how open their councils may be to creating skate-friendly spots in their cities, as long as the case is pleaded by a skate organization that have proven to be responsible.

Further, like it or not, skateboarding will be in the Olympics in 2020, giving our shared pastime a stamp of approval that will reach places it has not reached before. This means that the plea to host events, build parks etc. will have stronger tailwind. All in all, if you should learn anything from Malmö, it’s that if you want your scene to be good, you can do it yourself. Get together, get organized, and try and develop a positive relationship with your city. Be adult about it, and get the show on the road. Good luck!