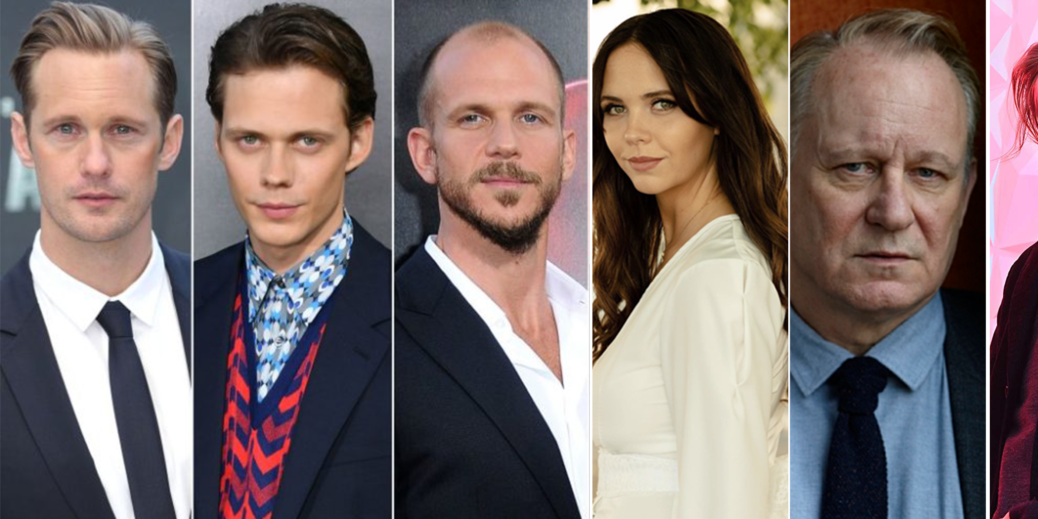 Big families are nothing new, but when there is a big family with a cultural following, and most are in the Hollywood limelight, well then, that family circle gets a little smaller.

We were sitting on our couch for the Season 17 premiere of KUWTK (“Keeping up with the Kardashians, for the uninitiated), and it hit us like a ton a bricks: The Skarsgård family is basically the Sweden version of the Kardashians.

Each clan has a trio of children who stick together.

Alexander, Gustaf and Bill for the Skarsgårds. Kourtney, Khloe and Kim for the Kardashians.

There is the quintessential younger, quirky brother.

Someone had the idea to make a show about their lives.

We obviously know how the Kardashians got their fame, and in an interview with Chelsea Handler, Alexander talked about growing up in a wild, Bohemian house – with cousins living a few floors above and grandparents across the street and how it was fit for a TV sitcom. We’d up our cable subscription for that.

There were secret babies.

Bill Skarsgård just announced on Stephen Colbert that he has a young daughter who is 11 months old. Kinda like Kylie, who hid her entire pregnancy, and Kim, who kept her fourth child pretty tight lipped. There’s the one trying to change the world.

Kim lent a hand in getting Alice Johnson released from prison and is currently studying law, and Sam Skarsgård is a doctor who, you know, saves lives – he works in the ICU unit of a Stockholm hospital.

OK, by hot, we really mean model. Eija, the only female Skarsgård, and Kendall.

There’s the one who was in a music video.

Well, in these squads, there are quite a few music video cameos. On the Kardashian side, Kim, Khloe, Kris, Kylie and Kendall all have appeared in multiple videos (it helps to date rappers).

On the Skarsgård side, Stellan starred in Lykke Li’s “Sadness is a Blessing,” Alexander starred in Lady Gaga’s “Paparazzi” and Bill starred in one for the group Dom Dummaste.

Papa Skarsgård’s second marriage resulted in two children – the babies of the group.

Like Kendall and Kylie from Kris’ relationship with Bruce Jenner, Kolbjörn and Ossian are from Stellan’s second marriage and are 7 and 10, respectively.

There’s the meme-able one.

They’re all quite meme-able, but we find ourselves using these two often.