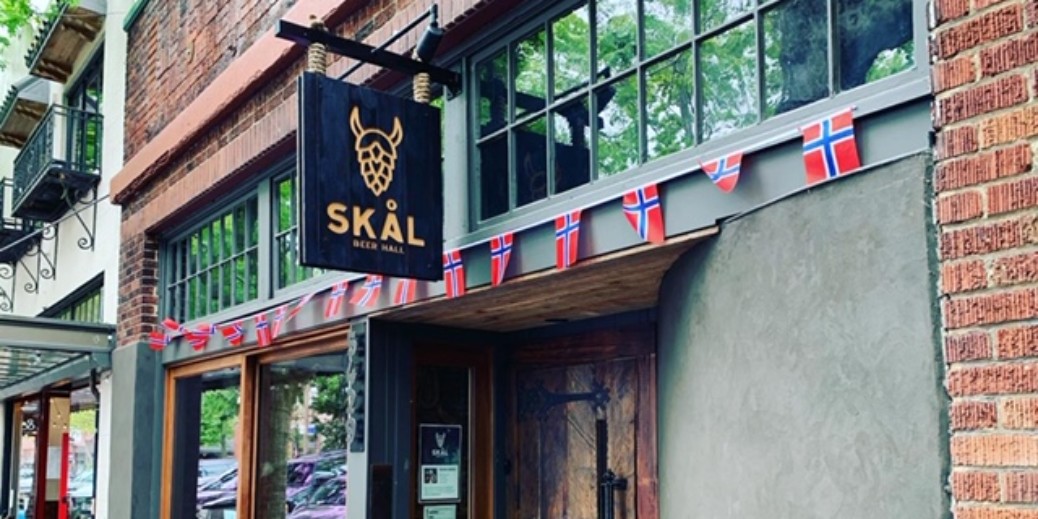 The life of a Viking was tough, and a meat-centric diet and hearty beverages were key to fortify those Nordic legends. When you add in rough winter conditions – particularly in the region’s icy northern region – a hearty fire became the literal and figurative center of life for that era.

The recently opened Skål Beer Hall recreates that warm community, minus the rough conditions, in the Ballard neighborhood of Seattle. The venue features a menu that reflects the Viking traditions, coupled with local beers and other spirited beverages that continue the theme. 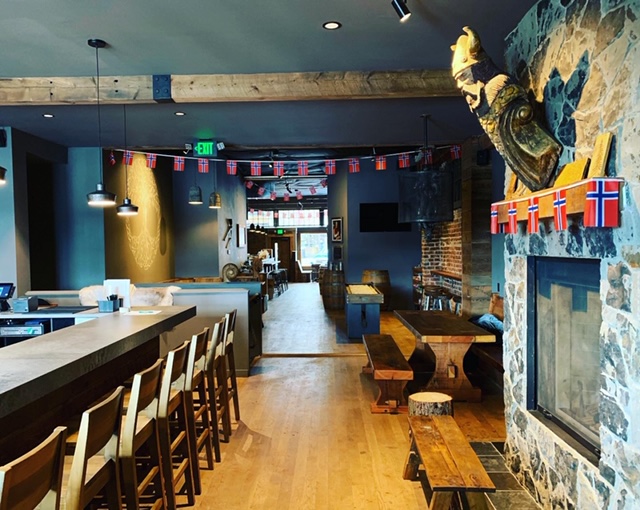 The heart of Ballard is defined by its Scandinavian essence, which brings people together to celebrate that heritage. Skål Beer Hall stands as a microcosm of the extended neighborhood.

“I want people to feel like it’s a very warm, welcoming and comfortable environment to eat and drink with big groups,” said Adam McQueen, the proprietor. “We’ve got 20-year-olds sitting at the same communal tables as 80-year-old couples. And that makes them very happy that this is a warm place for the whole community.”

McQueen honed his chops for the venture after working with breweries across the United States, including helping to revamp taprooms and to create new experiences around beer.

Skål – which is Norwegian for “cheers” – reimagines the Viking era, when those early Nordic men and women enjoyed a meat-intense diet and would dine by firelight on the edge of a fjord. At Skål, you’ll find the oversized fireplace and offerings such as wild boar or venison sausage, with the benefits of modern indoor plumbing. 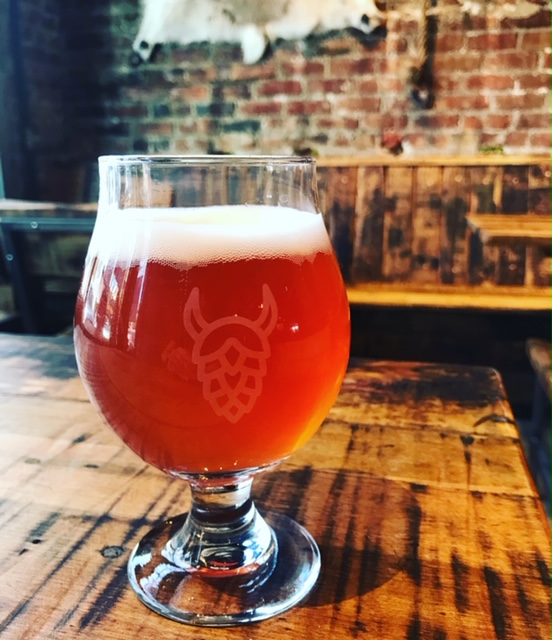 It starts with the beer

The bar features imports from Norway, Sweden and Denmark, with the taps rotating regularly with new options.

On the daily draft list, you’ll also find local beers from across Washington, with many of those flavor profiles adapting to the Nordic traditions of Ballard. McQueen, who has Swedish roots on his mother’s side of the family, admits it can be tough at times to secure beers from that country as the import options are limited in the United States.

While Skål doesn’t have room for in-house brewing, McQueen often partners with local breweries, including the 14 within Ballard, to develop specific selections for the beer hall.

The restaurant also focuses its spirits options around aquavit, the herb-infused (think caraway, to star) clear spirit common among Scandinavian nations. For at least a few more months, depending on what the crowd’s ordering, Skål will offer selections from Old Ballard Liquor Co., a former local aquavit distillery that shut down earlier this year. 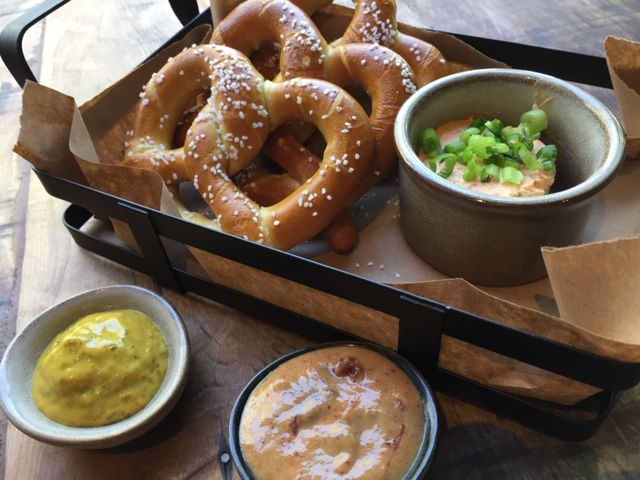 The connection with Old Ballard reaches into the kitchen, which is led by Lexi, who established the former distillery and is known widely by her single name. The cornerstone is chicken flame-roasted to order. Enjoy a beverage while your chicken cooks (60 minutes for a whole, only 40 minutes for a half-chicken) – you don’t want to be smelling that aroma if you’ve missed your chance to place an order before they are sold out for the day. And they do regularly sell out for the day.

The menu continues with a handful of sausage plates, both with local Nordic sausages made just down the road by Scandinavian Specialties and rustic wild-game sausages from Nicky Farms in Oregon. Accompaniments deliver the full cultural flavors, with rye bread, lingonberry mustard, dill and caraway.

“We call it a Viking butcher shop. It’s a very meat-heavy menu although we do have options for anyone,” McQueen says.

The American bar staple of Buffalo wings gets a thematic overhaul into mead-glazed wings, with horseradish dip. Grilled mackerel is finished with a dill gremolata. And you can find a charcuterie board that features findalår (lamb prosciutto), göteborg korv (pork sausage) and ekte gjetost (caramelized goat cheese).

And if you’re not in the mood for meat, scattered throughout the menu are fish selections (loki sockeye lox, pickled herring or a smoked mussel-gouda-scallion potted spread, for example) and vegetarian choices (you could order the beet salad or Swedish cucumber salad, but why wouldn’t you opt for the cheddar-and-beer spread?). 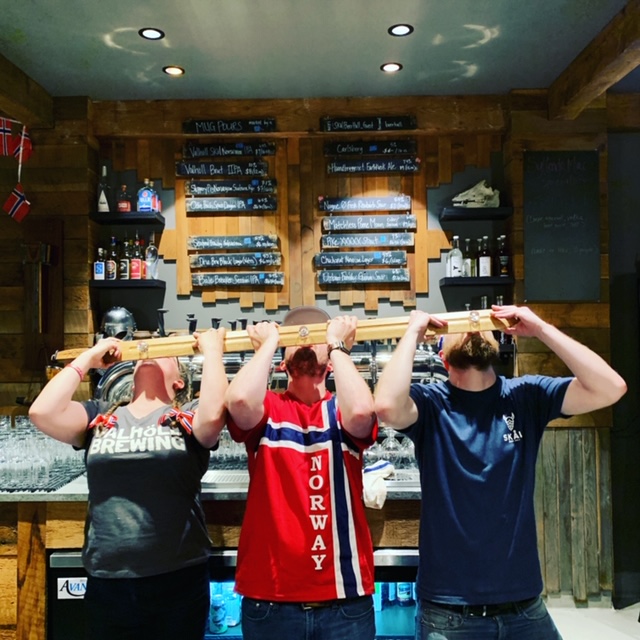 Before the beer hall even opened, more than 1,100 people had signed up for Skål’s mug club. Beer hall regulars who are members can take advantage of special pricing for a 20-ounce tanker, created by a local ceramic artist and modeled after a Viking archeological find. With membership now topping 1,400, that created early buzz and loyalty, and the beer hall is usually at capacity by 7 p.m. every Friday and Saturday.

McQueen and team also are exploring inventive ways to develop even more community engagement by looking for unique programs not found at other bars. These events, which reinforce the Nordic theme, help to round out business on traditionally slower evenings.

People are responding in a big way. A mushroom-foraging session alone attracted 70 people, and McQueen is talking with the nearby National Nordic Museum about an on-site class. Other locals have approached Skål about offering runic writing classes or a lecture on Nordic pagan traditions.

“It gets people in here,” McQueen said. “It provides them with something to do that’s fun and educational at the same time.”