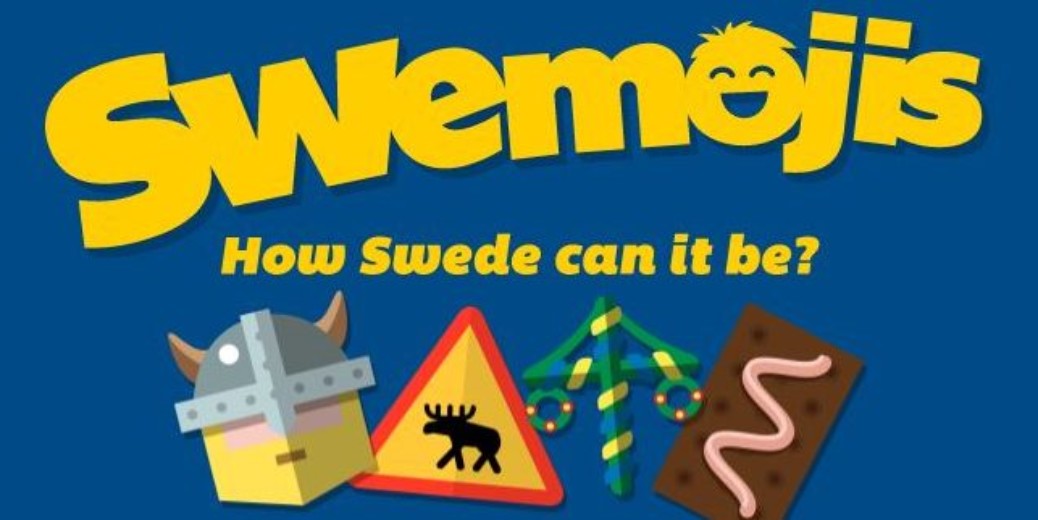 Wehay, makers of the Swedish-themed emojis, is open to suggestions from the public of any Swemojis they think might be missing from the list.

There’s a Swemoji for Swedish meatballs, but what about their traditional Swedish accompaniment? Think of lingonberry jam, lingonberry cocktails, fresh lingonberries on pancakes and more.

“Viking chess,” or Kubb, is a Swedish game that requires mental skill and strategy and has become quite popular in the United States.

While it’s an acquired taste (typically preferred in Sweden), there are salty licorice lovers around the world and even a Salty Licorice Association dedicated to the treat. A few Americans here at Umgås were not big fans: Watch them trying Djungelvrål for the first time.

Sweden is so sustainable, it has to borrow other country’s trash. From residents to city leaders, Swedes are committed to being green and well-deserving of a Swemoji that represents that.

What is Christmas without a 42-foot high Gävle Goat made from straw that will be burned to a crisp? The giant goat is a popular Scandinavian Christmas symbol that dates back centuries.

This eight-mile majestic piece of architecture connecting Denmark to Sweden is to Swedes as the Golden Gate or Brooklyn bridges are to Americans.

Did we forget anything? Let us know at umgasmagazine@gmail.com!