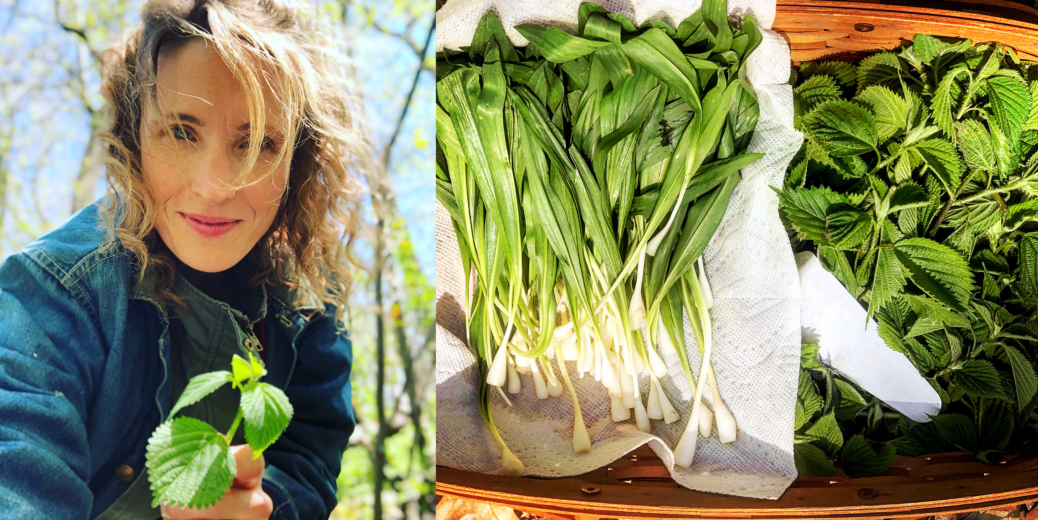 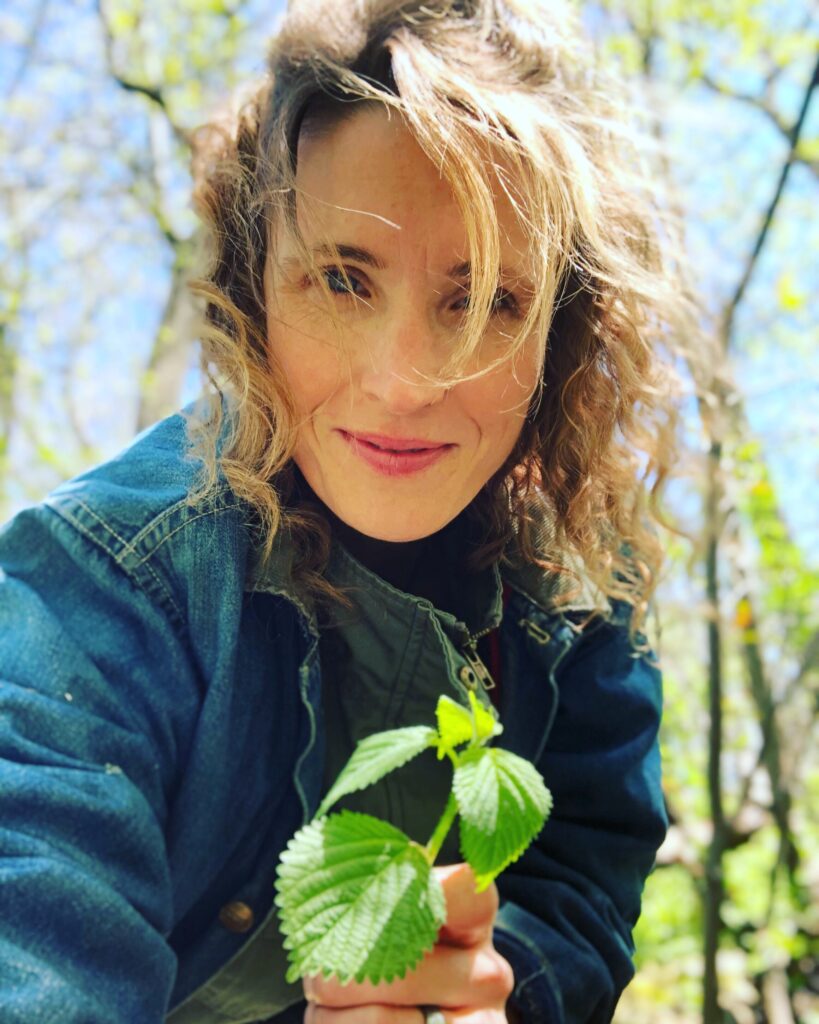 Shortly after her father passed away, Emily Hurd was inspired to move home.

Little did she know the chaos that awaited her over the next half-dozen years. Getting married. Welcoming a baby. Buying a building with visions of opening a restaurant. Finding out said building had asbestos and needed about $100,000 in repairs. Running a Kickstarter campaign to raise the money. Renovating the building for more than three years, during which she took an extended break to welcome and take care of another baby. Opening the restaurant. Mixing in time for a music career that has generated 16 albums. And, of course, raising a family. 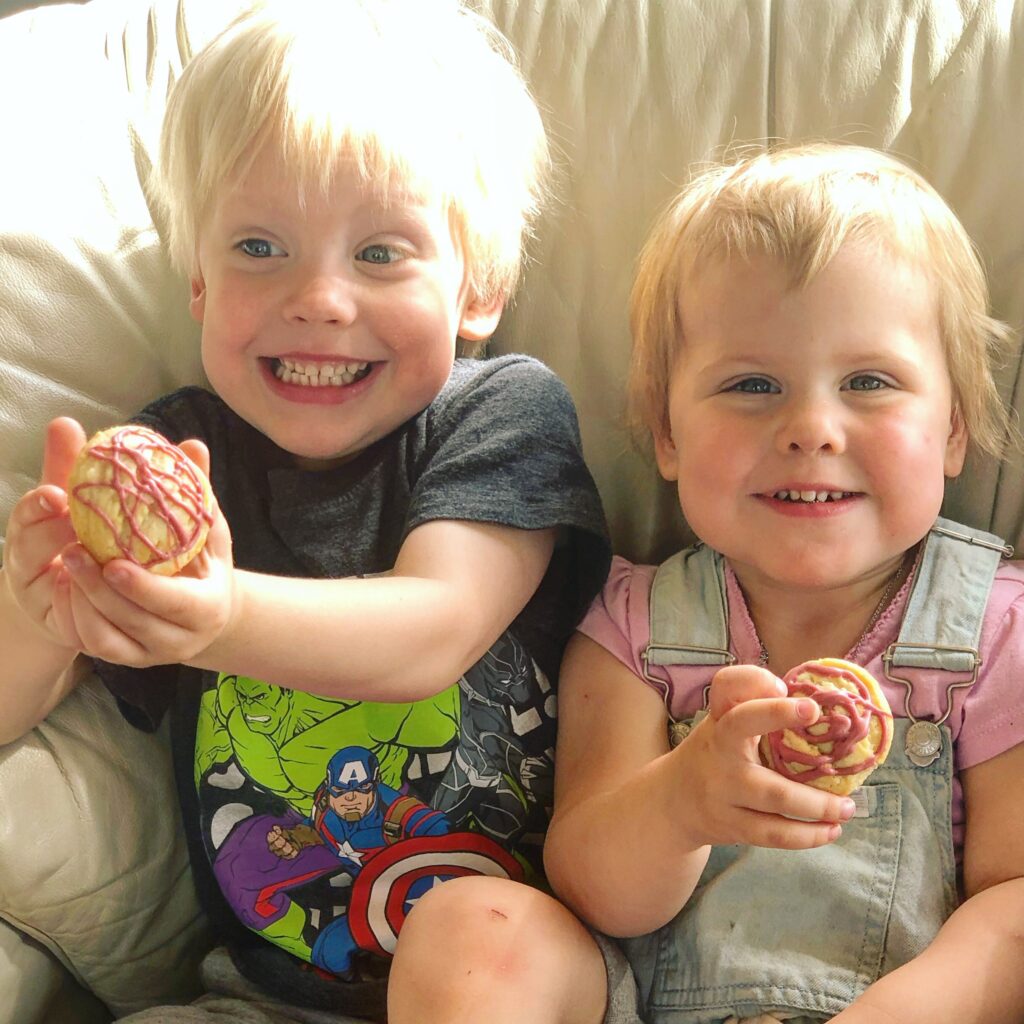 “It’s not even whirlwind, it’s like whiplash,” Hurd said. “My overwhelming attitude is gratitude and transparency. I feel like this was all meant to be and I was meant to do this.”

The Norwegian, the little restaurant that could, opened in December 2018 and celebrates the Swedish heritage of Hurd, and the Danish/Norwegian heritage of her husband, Mark. But it also celebrates the Rockford, Ill., community — a community that embraced the unlikely idea and improbable journey of a new west-side eatery.

Growing up in Rockford, one of Hurd’s first loves was music. Whether it was Janis Joplin, Kris Kristofferson, Johnny Cash, Fats Domino or Otis Redding (one of her father’s favorites), it wasn’t uncommon for her family to sing in the car, at the table or burst into song most anywhere.

By the time she was 12, Hurd began expressing herself through music and began writing songs. Through high school and when she went away to Northwestern for college, she continued to write. When she left Northwestern after her sophomore year to go to culinary school in Massachusetts and ultimately Columbia College in Chicago for a music business degree, she wrote songs. 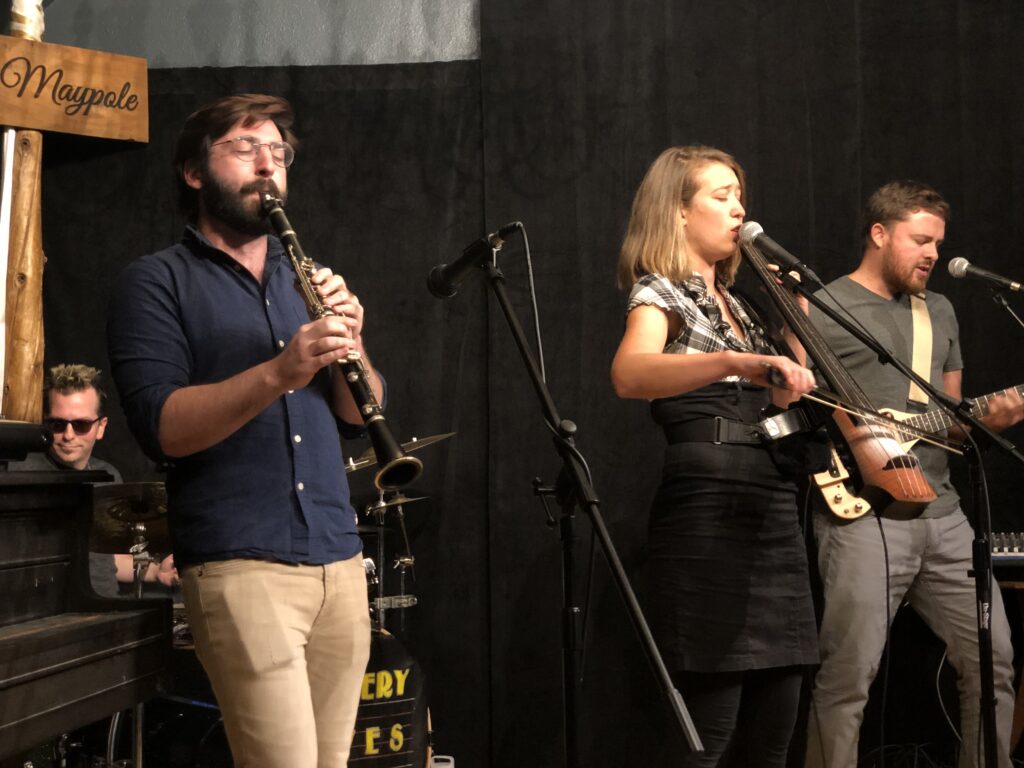 “I just really liked the practice of it,” Hurd said. “I have a different songwriting view than most songwriters do…the song is already written, it’s my job to find it.”

Hurd, with help from staff from the Old Town School of Folk Music in Chicago, released her first album in 2005. She spent more than a decade touring to support album after album, shooting for 100 shows a year and landing about 70 each year.

“I am one of those people who likes to feel alive, and I felt like that,” Hurd said.

Life in the music industry presented plenty of ups and downs.

Hurd moved to Nashville in 2007, hoping to get plugged into the country music scene and sell her songs. Instead, a prominent country music star’s management team told her it sounded like a loser wrote the song she pitched to the team. When another songwriter offered a lyric asking ladies what was underneath, boxers or briefs, and drew praise from the management team, Hurd, discouraged, called her father and told him the music of Johnny Cash is dead.

She taught music and voice lessons to keep the lights on. She often slept in her car in her keyboard case. She kept a membership to LA Fitness, not to keep in shape, but so she had a place to shower when on the road. 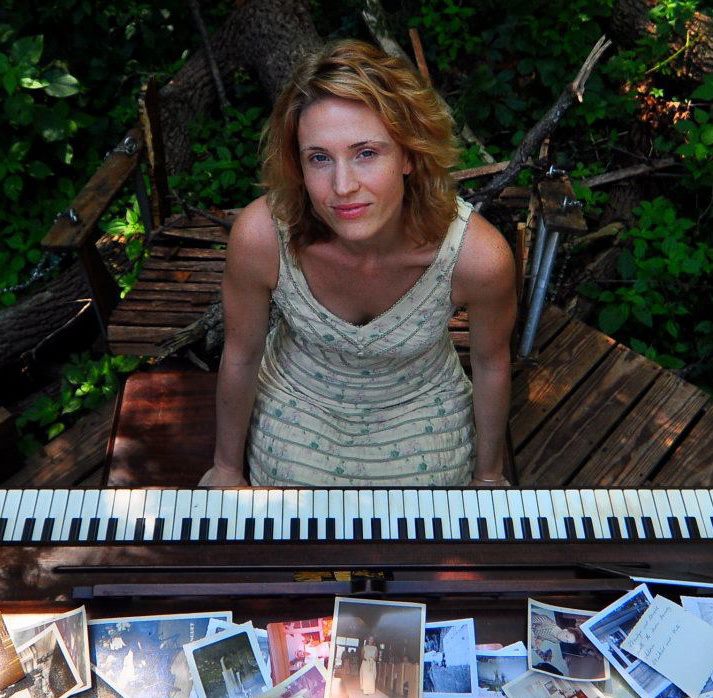 Three of her songs have been finalists in international songwriting competitions – NPR’s NewSong Music Contest, The John Lennon Songwriting Contest and The Unisong International Songwriting Competition. She was featured in the New York Times, with writer Val Haller writing, “At first, I thought she was quite reserved, but that changed when she started to sing. The girl, as my friends would say, is 10 parts sass and 0 parts shy. Her voice was one of the purest I’ve heard. She sits at the piano, lips to microphone, Frye boot to pedal, and speaks her mind — in song. I became an instant fan.”

Several of her songs have been used in shows like “NCIS,” “The Good Wife” and “Life Unexpected.”

“You have a company that tries to get your songs into TV and film,” she explained. “They are kind of going through a bunch of records. I must have gotten lucky to be put in the top of the heap.”

When her music appeared in an “NCIS” episode, she didn’t even know about it until her uncle called. Because she didn’t have a TV, it took about a month before she even saw it.

Hurd was living in Chicago when her mother called to tell her that her father had suffered a heart attack and passed away. 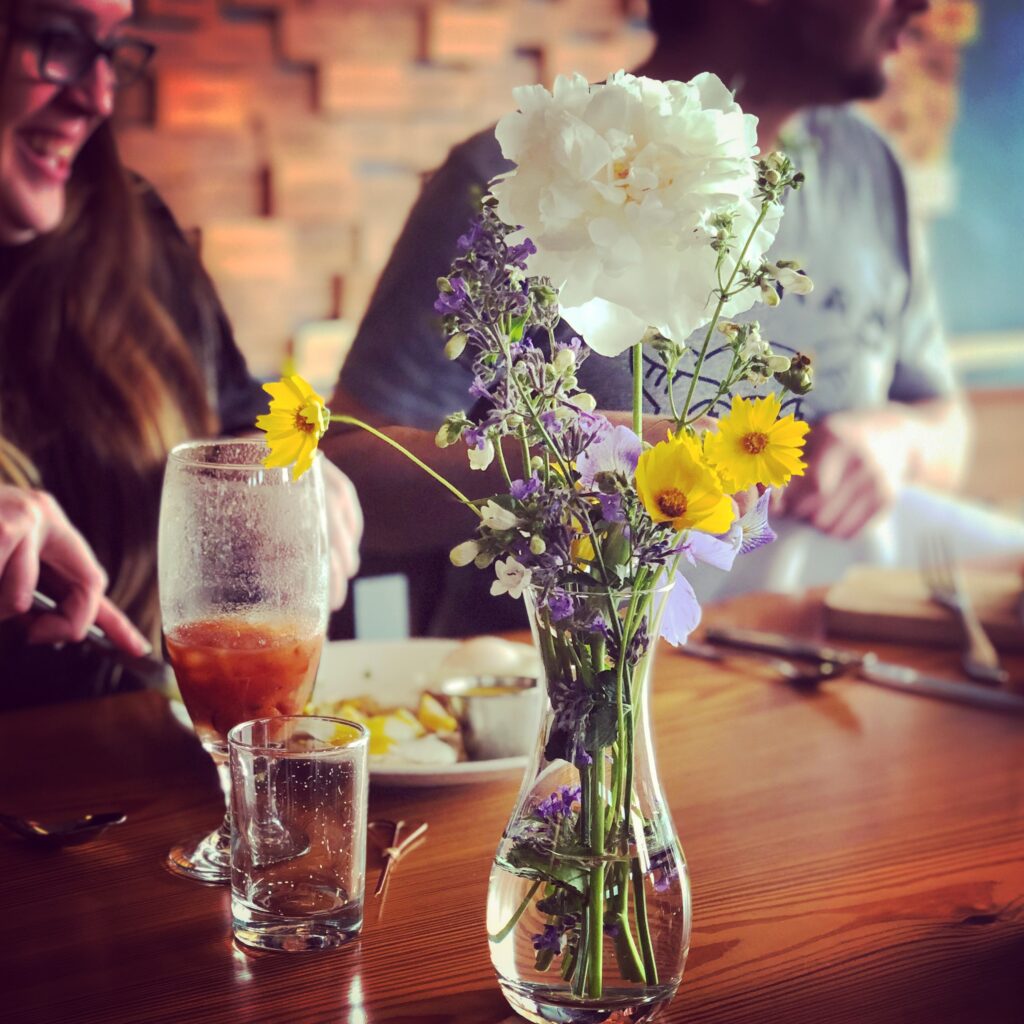 An only child, she needed to share her heartbreak with someone. She called her friend Mark Christensen, her high school boyfriend whom she stayed in touch with over the years. Mark, who was working in Manhattan at the time, came home for the funeral. Emily, sensing how fragile life can be, shared with him what she always knew but never had said: I love you.

They wished each other well and returned to their 30-something lives.

The next year, Hurd decided to move home to Rockford to be close to her mother. She was either going to move her music career or do something entirely different. Christensen wanted to move back, too. The two married later in 2014 and welcomed their first child in 2015, the same year she decided to buy a building and open a restaurant on the west side of Rockford, not far from the mill where her parents first met years earlier.

The first building Hurd wanted to buy seemed perfect, but her attorney had to talk her out of it because there were too many liens. She fell in love with the building next door.

“It was the most decrepit building, but my heart went out to it,” Hurd said.

That the building needed a facelift wasn’t a surprise. The ceiling was falling in, and there was plenty of water damage. The surprise, however, came when Hurd was peeling back carpet on the second floor and discovered asbestos floor tiles. All of the floors of the second floor needed to be replaced. The estimate was $93,000.

The Kickstarter campaign was a “lark,” a Hail Mary. Hurd was prepared to give up on the building, but started the campaign “Soul Music for Soul Food: Save a Historic Rockford Building.” She added several incentives for levels of donations, ranging from individualized bricks to playing a concert at the donor’s house.

When all was said and done, the campaign raised more than $100,000. Hurd needed to make good on playing 45 house parties, including as far away as Cape Cod.

In between a different kind of concert tour, Hurd was rehabbing the building to welcome creative types to rent space on the second floor and hungry types to enjoy a meal on the first floor. She painted, varnished and plastered walls. Some of her father’s friends often would drop by to help. She and Mark welcomed a daughter in 2017, which was about the only thing that could slow her down. Hurd spent most of 2018 building The Norwegian. 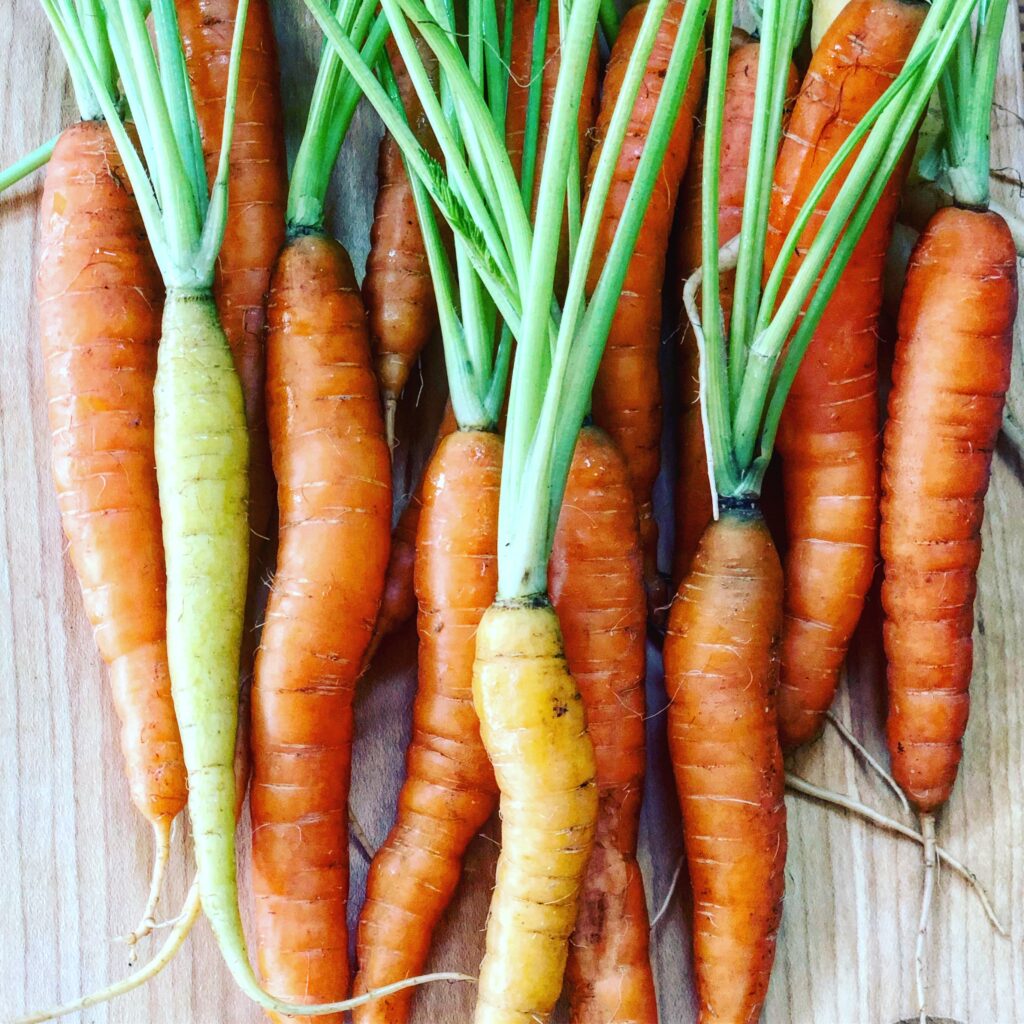 Hurd was very close to her grandmother, who was from Sweden.

“She taught me a lot about how Swedes ‘brought the outside inside,’ and that has become the theme of our restaurant,” Hurd said.

Hurd and her team forage for items like elderflowers, ramps and black raspberries, and they import traditional Scandinavian items like lingonberries, cloudberries, Havarti and Gammel Dansk. Décor includes grapevines and pinecones, clean lines and simple preparations.

“We try to find what’s outside and make something of it,” Hurd said. “I just really liked how they made their food from just a few ingredients. It was always bright, acidic. Recipes that punch you in the face.” 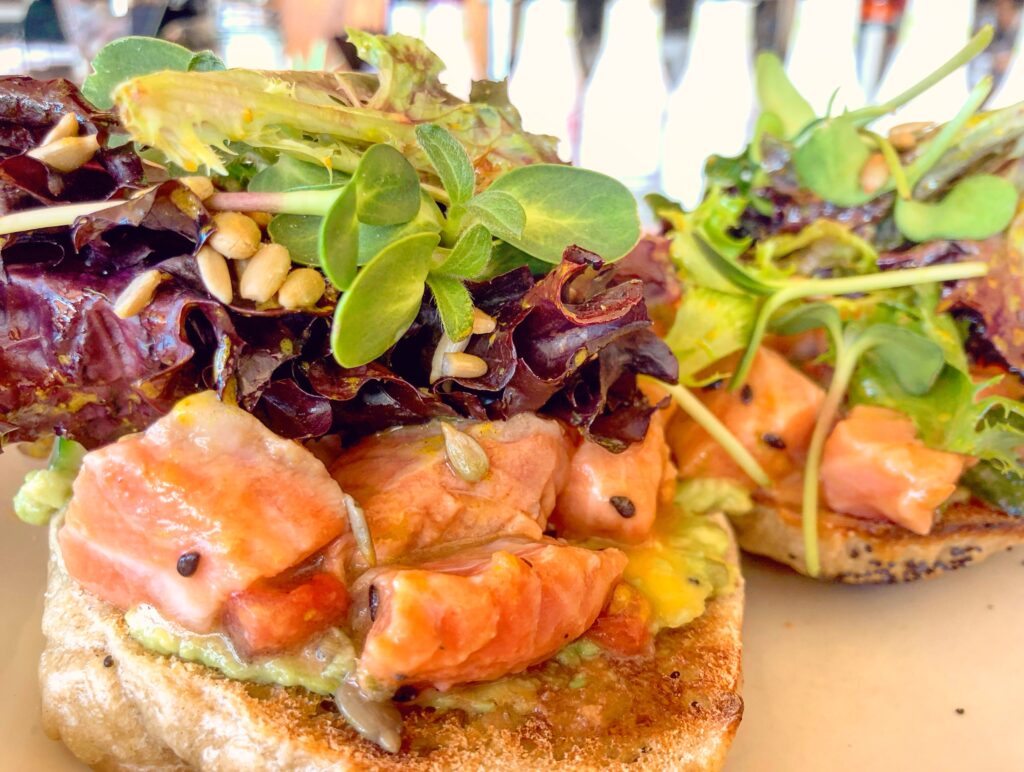 The menu isn’t entirely Scandinavian, but there are nods to the heritage in most dishes and drinks. Her team traveled to Minnesota to learn how to make lefse. They cure gravlax with beaten dill. Their aebleskiver (Danish pancake balls) comes with a homemade raspberry jam. The house aquavit, Hurd said, “is thrilling” and is used in a Bloody Mary, and lingonberry juice and Gammel Dansk put new wrinkles on timeless cocktails.

As for The Norwegian’s vibe, Hurd said no one can really put a finger on what it is. Maybe a dash of hygge, the Danish word for coziness and comfort, and a sprinkle of fika, the Swedish tradition of coffee and conversation. Jazz brunches and other concerts add to the atmosphere, which she says kind of feels fancy — but you still can wear what you want — or like you’re in Europe or at home.

After more than a decade on the road, Hurd clearly is at home. She still writes songs and plays occasional gigs, but she is home. Home with her family. Home with her close-knit and talented restaurant family. And home with her Rockford community.

“The community needed life over here, and something spurred me,” Hurd said. “My overwhelming feeling most days is just pure gratitude.”

Home has a funny way of doing that.

Interested in hearing more about Emily Hurd’s music? Check out her website for videos, tour dates and to purchase her music. The Norwegian is located at 1402 N. Main Street, Rockford, IL 61103. Visit its website for the latest on its menu and events. 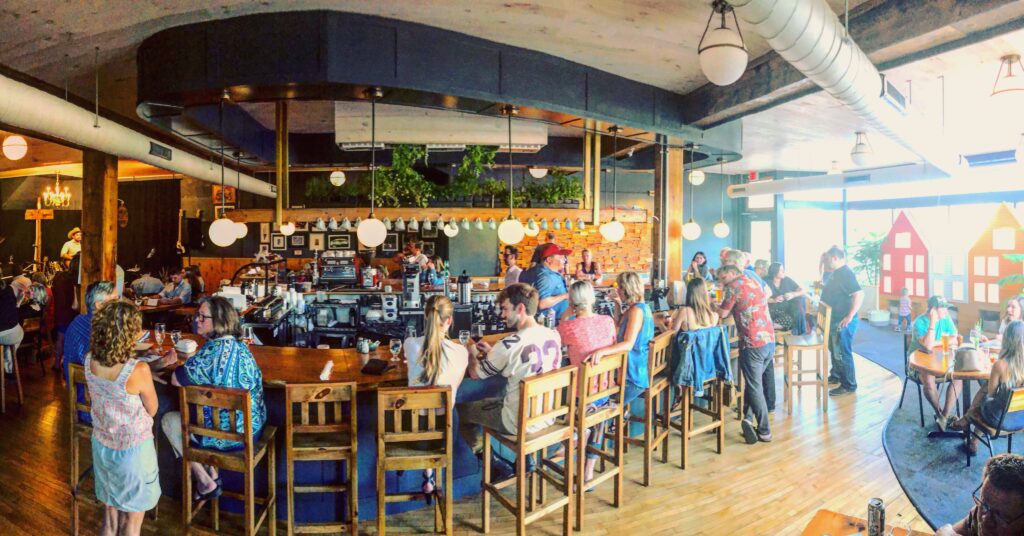