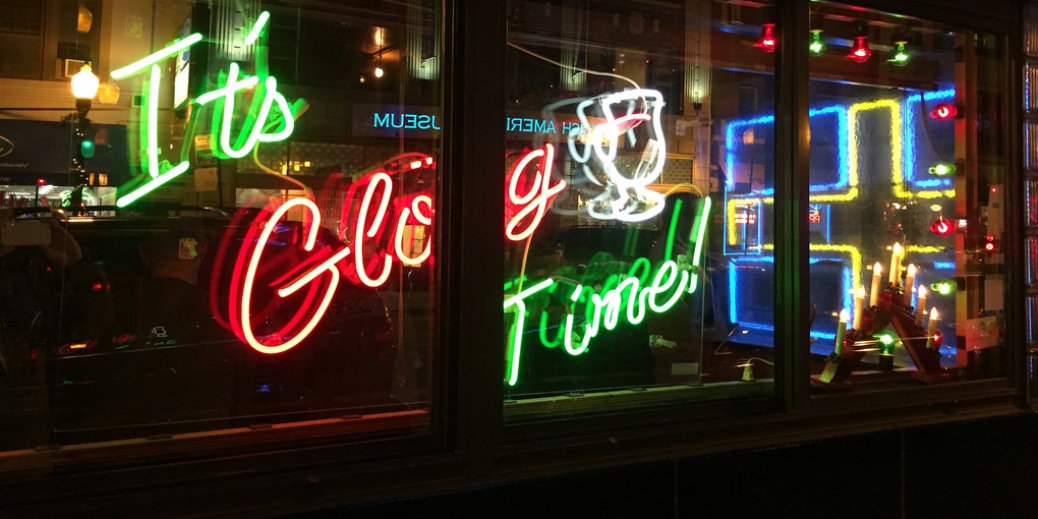 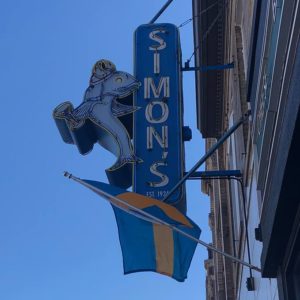 CHICAGO – At first glance, it looks like a typical dive bar.

But when you start to look at the details of the wall art, the sconces and stained glass and all the other trinkets, you get a sense that you’re standing in history.

This is Simon’s Tavern, one of the Swedish-influenced neighborhood of Andersonville’s oldest and most iconic establishments.

During a recent visit to Simon’s, we were surprised to learn the bar offered only libations – no food. The environment was casual with very friendly service. Overall the experience felt homey.

When the bartender Katie and patrons sitting nearby overheard we were from out of town, we were welcomed with a real Chicago experience: a shot of Jeppson’s Malört. While the wormwood spirit didn’t go down well, the enthusiastic welcome made our experience. 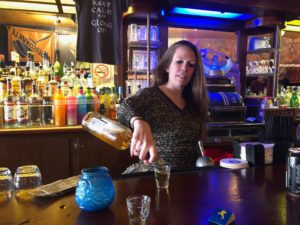 Katie even offered a tour of the building and showed us what was once a speakeasy and stories about the tavern’s history.

Black and white photos of the original owner, patrons from the 1960s and Andersonville’s very first Midsummer festival hung on the walls nearby a stained-glass image of herring and Swedish flags. As we looked around the bar, Katie shared the history of Simon’s. 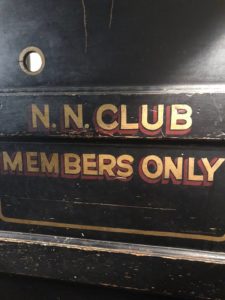 Simon Lundberg opened Simon’s Tavern in 1934 but had been slinging drinks for years before.

As the story goes, Lundberg moved to Andersonville in 1922 during Prohibition and opened a food shop that soon would be the storefront for an underground speakeasy. Rumor has it, Lundberg was buying his whisky supply from Al Capone’s Chicago Outfit, according to Bucket List Bars. By 1926, Lundberg saved enough money to purchase the building and later opened the tavern when Prohibition was repealed.

Simon’s Tavern was passed down to his son Roy Lundberg who sold the bar to Scott Martin, the current owner, in 1994. Today, Martin continues to hold onto the tavern’s history, keeping and maintaining Lundberg’s original décor, art and more, including the original speakeasy.

Martin also continues to support the local Swedish community, participating and sponsoring the annual Midsommarfest celebration and brewing traditional Swedish glögg each winter. Simon’s Tavern even offers it as a slushy during the summer.