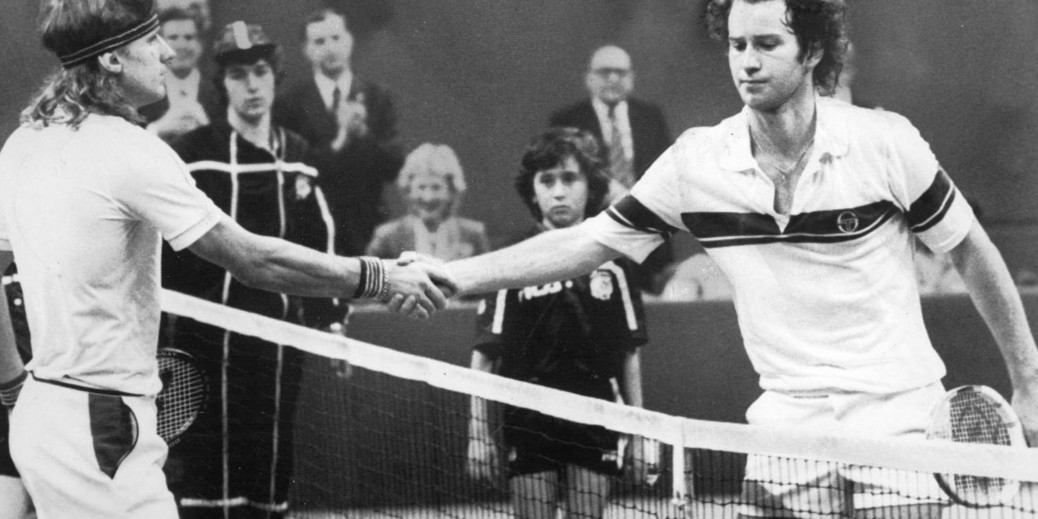 A new film, scheduled to debut in September 2017, features one of “the greatest rivalries” in tennis – Björn Borg vs. John McEnroe. Sverrir Gudnason plays the role of Swedish sensation Borg and Shia LeBeouf stars as hot-headed McEnroe.

GQ Magazine shared the official trailer and their thoughts about the film’s costumes, which will feature iconic 80s flare. From the trailer, we’re already loving the sweatbands, over-the-top furs and classic vintage tees.

The film is written by Ronnie Sandahl and stars fellow Swedes like Stellan Skarsgård, Tuva Novotny and Björn Granath, among others.

Swedish entrepreneurs, Matte Helbæk and Flemming Hanson, announced the launch of a new retreat: Stedsans in the Woods. The new hotel is made up of 14 glass cabins and will include a restaurant and common space inside of a glass greenhouse.

The two Swedes told Curbed the new project will be a “lab for discovering better ways to eat, live and connect with nature.” Stedsans in the Woods will begin taking dinner and overnight reservations later this month.

Earlier this year, Volvo announced the launch of three new, all-electric models that will be rolled out by 2021. This announcement is part of the company’s larger plan to phase out gas-only vehicles by 2019. Volvo’s CEO, Håkan Samuelsson told The Verge, “Volvo Cars has stated that it plans to have sold a total of one million electrified cars by 2025. When we said it we meant it. This is how we are going to do it.”

Imagine Dragons Rely on Producers for the First Time

Video Chat Your Way Through Your Next Doctor’s Appointment

Too sick to leave the house? Don’t like the sterile smell of a doctor’s office? Are you a Millennial who prefers to do everything digitally? Thanks to Swedish digital healthcare startup KRY, no matter what your reason, patients can schedule video-based doctor’s appointments. According to Tech Crunch, KRY has most recently closed $22.8 million in funding and is currently serving about 100,000 users. Services cost around $31 per session.