In the 106 Grand Slams since then, Swedes have won just one title – Thomas Johansson at the 2002 Australian Open.

As Wimbledon approaches, we bring you five of the best Swedish men’s tennis players.

Simply put, Borg is one of the best tennis players, male or female, of all time. Check out any “best-of” lists, and you’ll find Borg ranked in the Top 10, whether the list includes women players or not. Tennis Magazine ranked him No. 6 among men’s tennis players in 2018, and he likely would be ranked higher had he not shocked the world by retiring at the age of 25 after only eight full professional seasons. Borg won 11 Grand Slam titles and a record 89.8 percent of his Grand Slam matches, dominating the sport in the late 1970s and early 1980s. His rivalry with American John McEnroe was chronicled in 2018’s Borg vs. McEnroe. Borg, who was ranked No. 1 in the world for 109 weeks between 1977 and 1981, is a member of the International Tennis Hall of Fame.

Wilander won eight major titles and was the world’s No. 1 player for 20 weeks in 1988. Just a year into his pro career, he burst onto the scene when, as an unseeded player, he beat the Nos. 2, 5, 4 and 3 seeds to win the 1982 French Open (Borg had won the previous four French Open titles). Later that year, he and John McEnroe played the longest match in Davis Cup history. Over the next six years, Wilander was one of the best players in the world, including winning the Australian Open, French Open and U.S. Open in 1988. He was named to the International Tennis Hall of Fame in 2002. 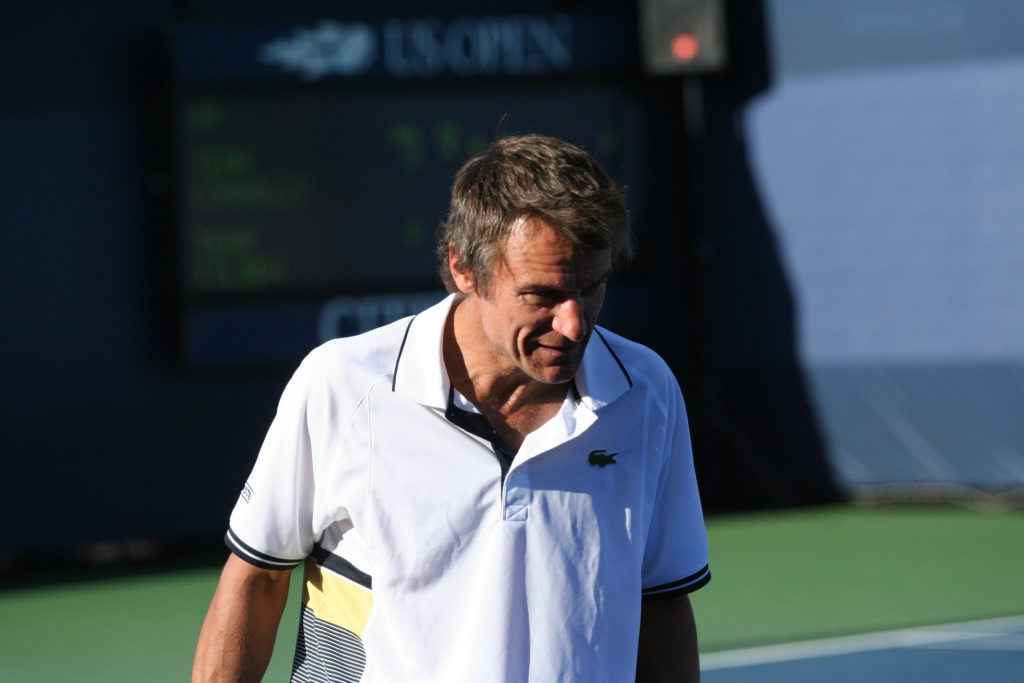 Edberg followed in Wilander’s footsteps, winning six Grand Slam titles from 1985-92 – he won twice each at the Australian Open, U.S. Open and Wimbledon. For good measure, he also was a part of two Grand Slam doubles titles. Like Wilander, he was a fixture on Sweden’s Davis Cup teams and was a part of four winning teams (1984, 1985, 1987 and 1994). Edberg also has the distinction of serving as Roger Federer’s coach for two years (2014-15). He was inducted into the International Hall of Fame in 2004.

Söderling’s career was short but impactful. In what the New York Times called “one of the biggest upsets in the upset-filled history of tennis,” Söderling became the first player to beat Rafael Nadal at the French Open. A year later, in 2010, he was ranked No. 4 in the world and had ended Roger Federer’s streak of 23 straight Grand Slam semifinal appearances. Mononucleosis essentially ended his career at the age of 26. Read our interview with Söderling here.

Davidson won two Grand Slam events, one in singles at the 1957 French Championships and one in doubles with Ulf Schmidt at Wimbledon in 1958. He was the first Swede to win a Grand Slam title when he won at Roland Garros in 1957 – he had played in the previous two finals. Davidson peaked at No. 3 in the world rankings in 1957, when he also reached the semifinals at Wimbledon. He was inducted into the International Tennis Hall of Fame in 2007, a year before he passed away in California.