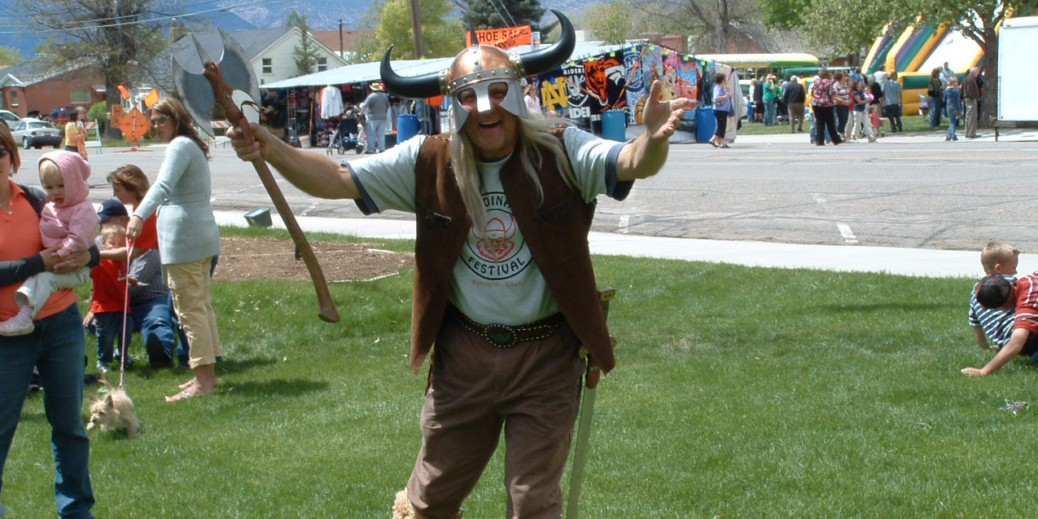 Touting itself as “The biggest Scandinavian get-together in the West,” the Scandinavian Festival in Ephraim, Utah takes place over Memorial Day weekend and is jam-packed with events, culture and, of course, food.

Back in the 1800s, there was an influx of Swedes and other Scandinavians who emigrated to the western part of the United States to join the Mormon community in Utah. Given the town’s rich Scandinavian history, in 1976 a festival (originally called the Scandinavian Jubilee) was created to raise money to help restore the historic Ephraim Co-op. The co-op was built in 1895 and was the community store and civic center in the area. It also was the original location of Snow College.

The jubilee continued to celebrate Scandinavian culture for more than a decade and sometime after 1985, it was renamed the Scandinavian Heritage Festival, and events continued to be held in and around the Ephraim Co-op and Snow College. The festival, now in its 43rd year, kicks off on Friday, May 25 with the Scandinavian Festival Heritage Conference, which will feature guest speaker Neal Cox, whose father and grandfather were publishers of local weekly papers for many decades. He will be talking about the history of newspaper publishing in Sanpete County. After that, the craft and food booths open to the public, and the first band hits the stage at 12:30 p.m.

The first day ends with a bang: A fireworks show will wrap the festival’s activities before visitors come back on Saturday to enjoy historical reenactments, music, bus tours and more.

“I really enjoy the Scandinavian Heritage Conference,” said Suzanne Dean, one of the festival’s promoters. “The presentations are educational and entertaining. I just about always go to the Little Scandinavia Dinner, which features authentic food. Usually, a man named Lars Larsen dresses as a Viking and walks among the dinner crowd greeting people and giving away ‘Viking’ trinkets.”

There is no cost for admission to the festival itself, or the Scandinavian Heritage Conference, but there are charges for some events – like the Little Scandinavia Dinner and the Vike on a Bike race, among others. Head over to the festival website and Facebook page to learn more.